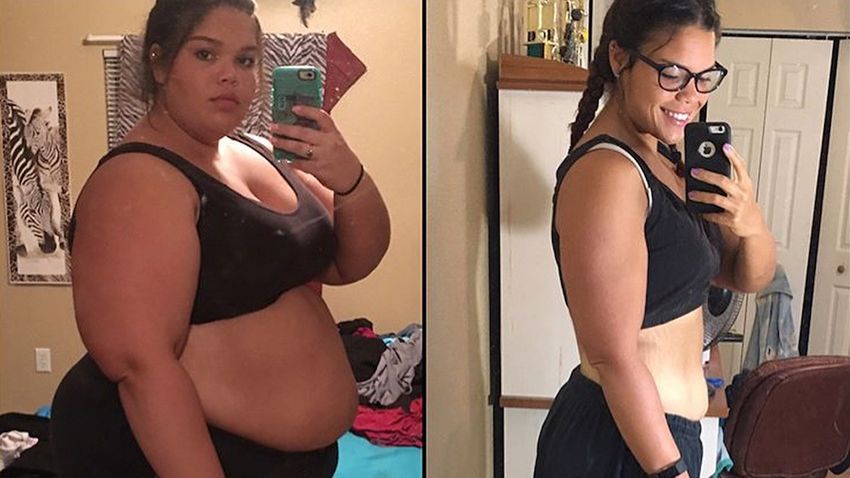 19 Intense 20 Minute Workouts That Will Destroy Your Body Fat!

Jessica had been overweight her entire life, but it was a new job, with a fast food complex around the corner that caused her weight gain to shoot up more than it ever had before.

Pretty soon, Jessica was eating fast food a couple of times day and once her weight tipped the scales at over 320 pounds, she knew she needed to make a change and didn’t want a life full of health complications and pain.

Jessica opened up through her youtube channel about how she lost the weight, what got her started, what she ate and how she stayed motivated throughout her 150 pound weight loss journey. 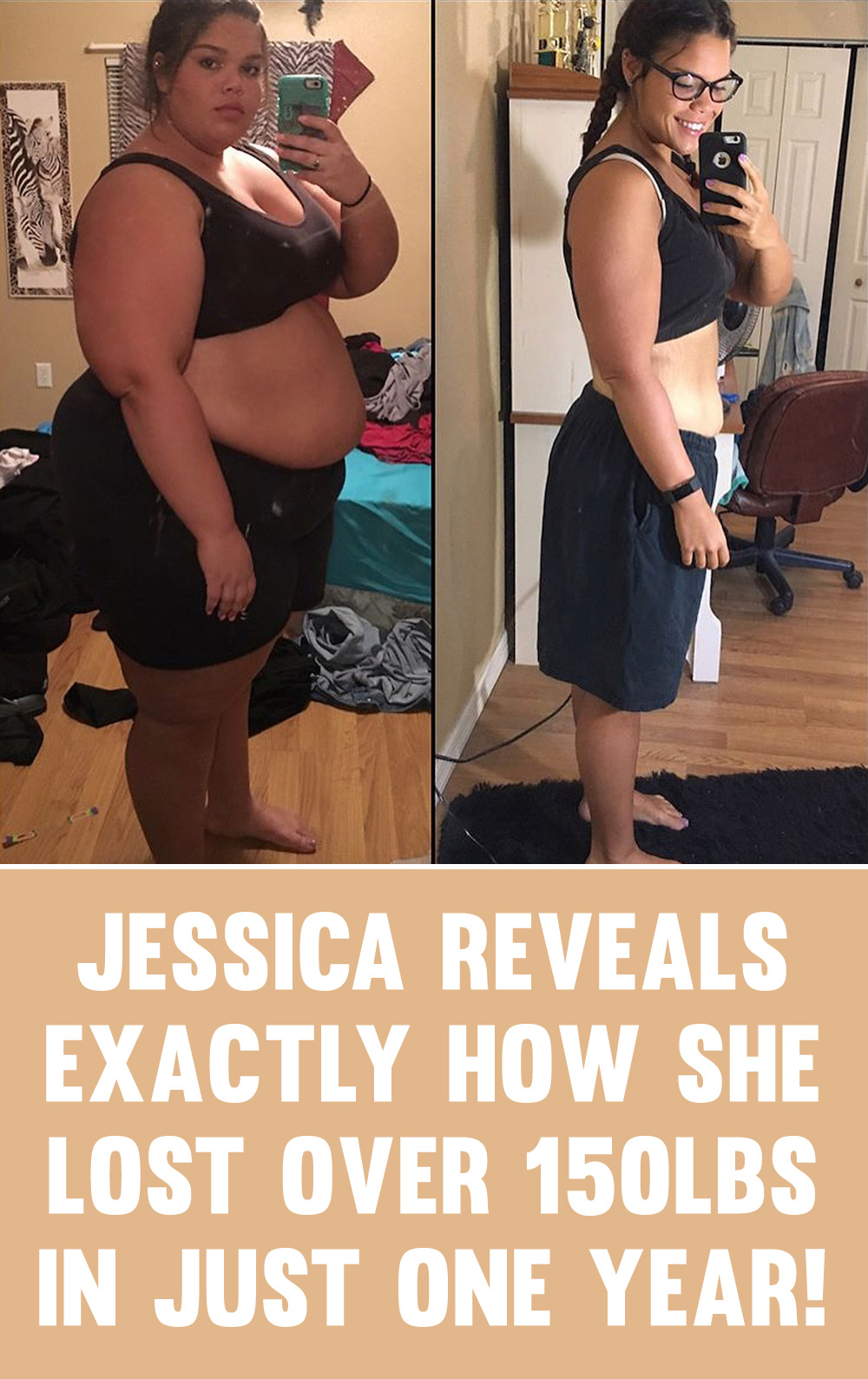 Be Sure To Follow Jessica On Her Social Media Here:

“At the end of February 2016, I was tired of being lazy and feeling like I had no motivation to do anything. I would literally sit in bed all day long, until one day I just decided that I wasn’t gonna do this anymore. Friends would invite me out and I would make excuses. I wouldn’t do anything. I’d rather sit in bed and watch Netflix all day.” 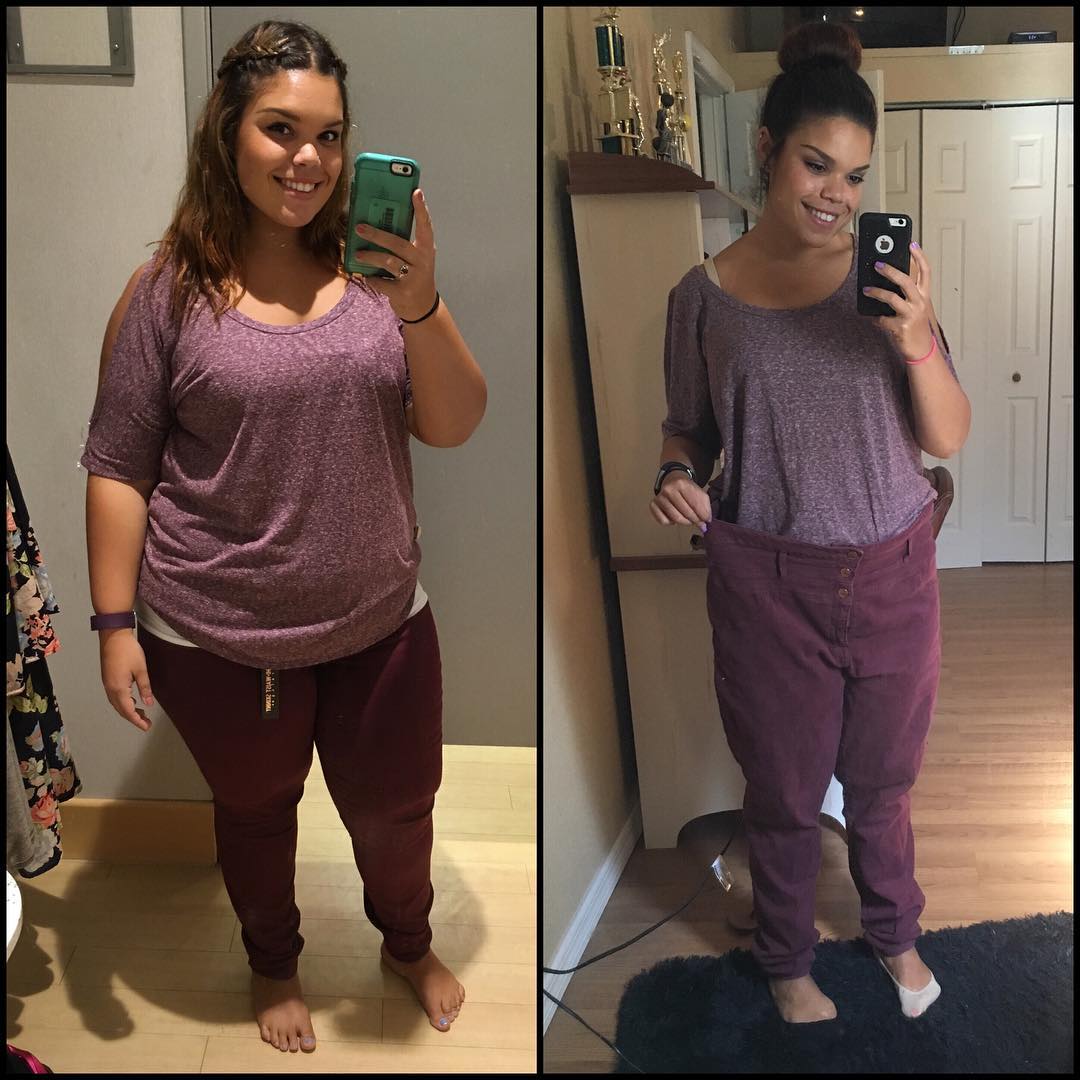 “After I decided I was going to do something, I started drinking meal replacement shakes to get into a healthy eating routine. I decided on Herbalife. At the start, I would do two shakes, one meal with snacks. I followed that for 2-3 months and then I decided to take one shake away and replace it with a regular, healthy meal. So at that point, it was two meals, one shake and snacks.”

“I would make my first meal the biggest meal of the day. I did that for roughly 5 months. Then I eventually stopped shakes altogether, because I thought now, I know how to portion my meals and I’m eating a lot healthier, so I knew could still lose weight with just eating healthy meals.” 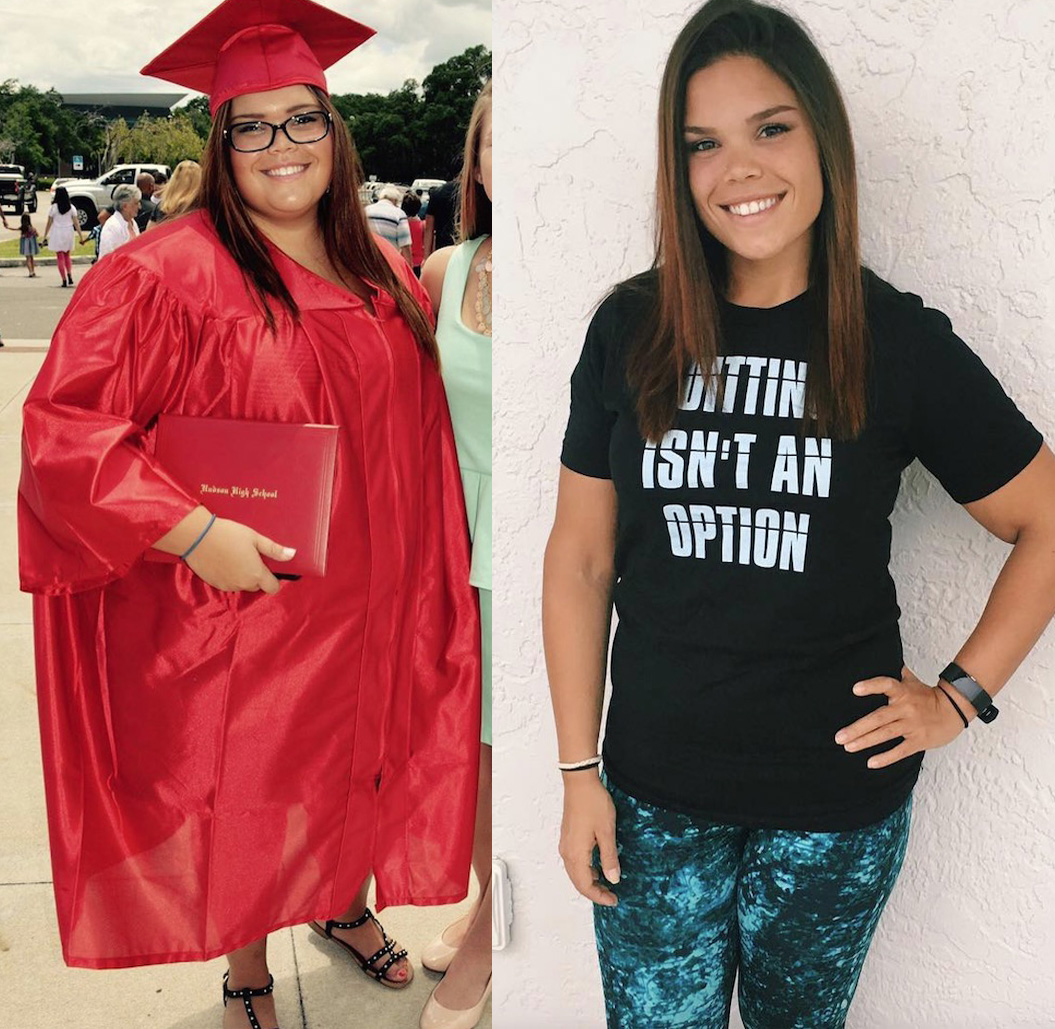 “The first two months, I was ranging between 1200-1500 calories a day. Now i’m around 1500-1700 a day. Sometimes less, sometimes more. You don’t have to do meal replacement shakes, that’s why I don’t recommend them. You can portion your meals, eat healthy and you’ll be fine. I just used the shakes because I was very picky and it was the best choice for me. I didn’t like vegetables so finding healthy meals to eat was hard. I wouldn’t eat anything. All I would eat is carbs.”

“Before, I would have McDonalds every single day. Usually for breakfast and sometimes for lunch or dinner as well. Wendys. Pizza Hut. I worked at a school and right across the road there was a bunch of unhealthy places.” 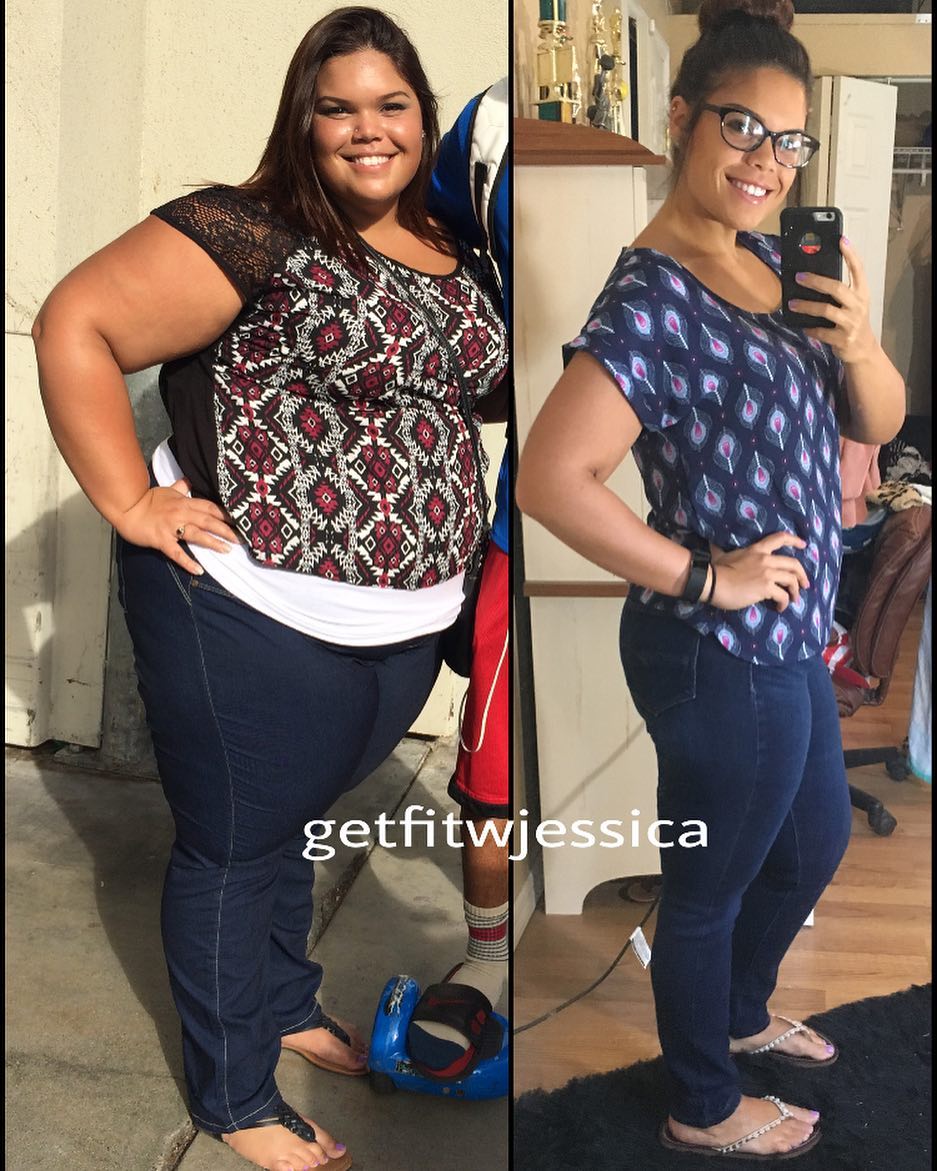 “I would go out and eat fast food all the time. I gained a lot of weight just by doing that. Even though I had been heavy my whole, entire life, whenever I started working there I gained most of my weight because I would alway go out to eat junk food.”

“As soon as I started the shakes, I started exercising right away. I would walk every single night, a mile, a mile and a half, sometimes two miles and worked my way to three miles every night. I would just walk all the time. Every night after I got off work for months. Then after the first month of exercising, I decided to get a gym membership.”

“I procrastinated, because I was nervous to even get a gym membership, I was scared people would look at me and say “why is she even here?”, stuff like that. You shouldn’t feel bad, because you are there to better yourself. All the people that worked there were super nice, nobody even looked at me, everybody was doing their own thing, so no one cares what you’re doing.”

“In the beginning it was hard, i’m not gonna lie. I wanted to leave and not go back the next day, but then as soon as I started getting the hang of things, it became more fun. I had a trainer for 3 months and during that time I had 6 sessions with her. 2 times a month. Which doesn’t sound like a lot, but I did like having a trainer, because she gave me workouts to do. I would just do that workout all week, for two weeks, then i’d have another session and get a new workout. I was constantly switching it up every other week, it was mainly HIIT cardio, so it was a little difficult at first.” 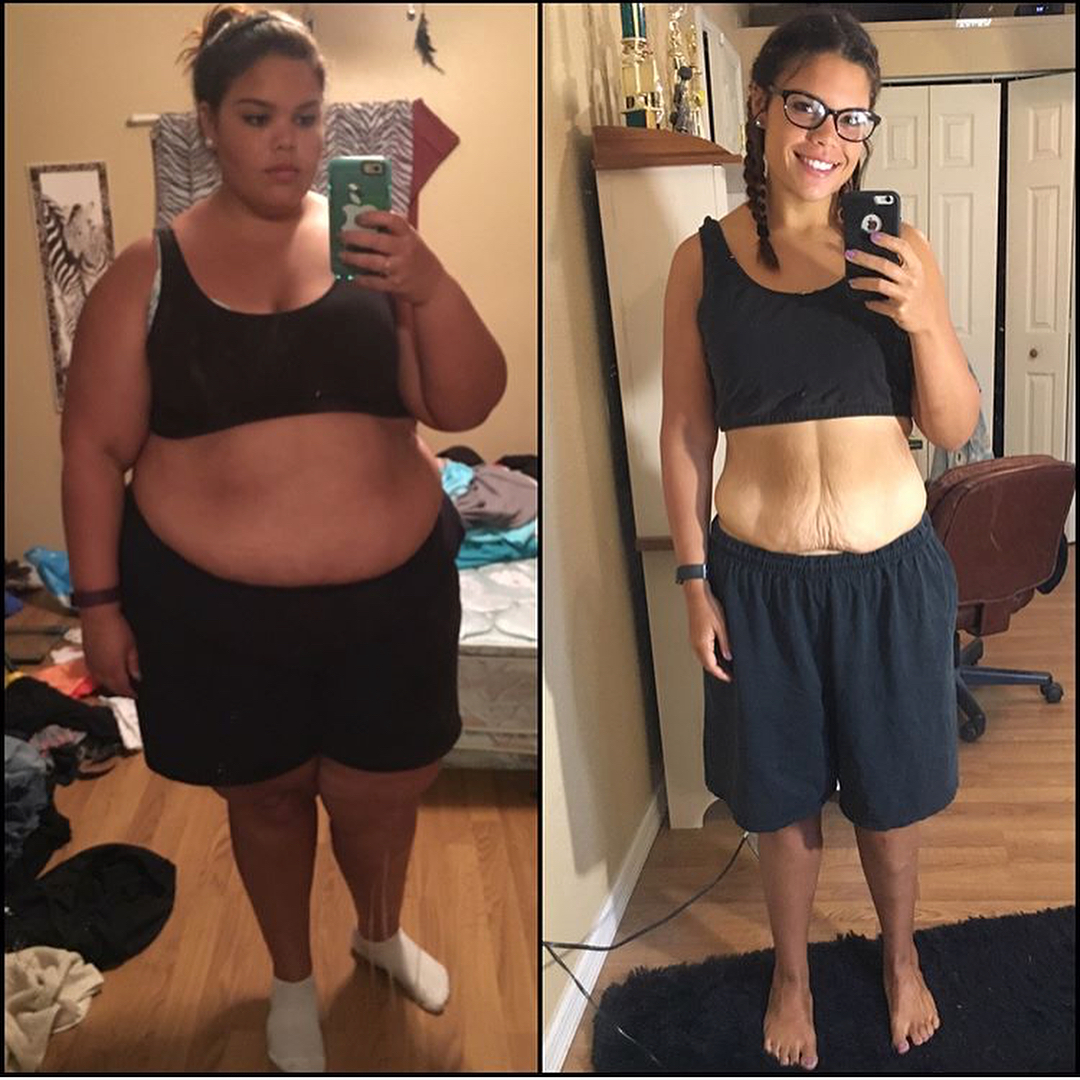 “I thought I was in the 300’s but didn’t know I was that far in, over 320 pounds. I was very nervous to step on the scale. Thats why I didn’t weigh myself in the beginning. I was at the doctor and had to weigh myself and I saw the number, a year before I started eating healthy and exercising. Back then, I had high blood pressure, and I was ‘only’ 290 something pounds, and when I saw that, I said I really need to do something about this but I didn’t.” 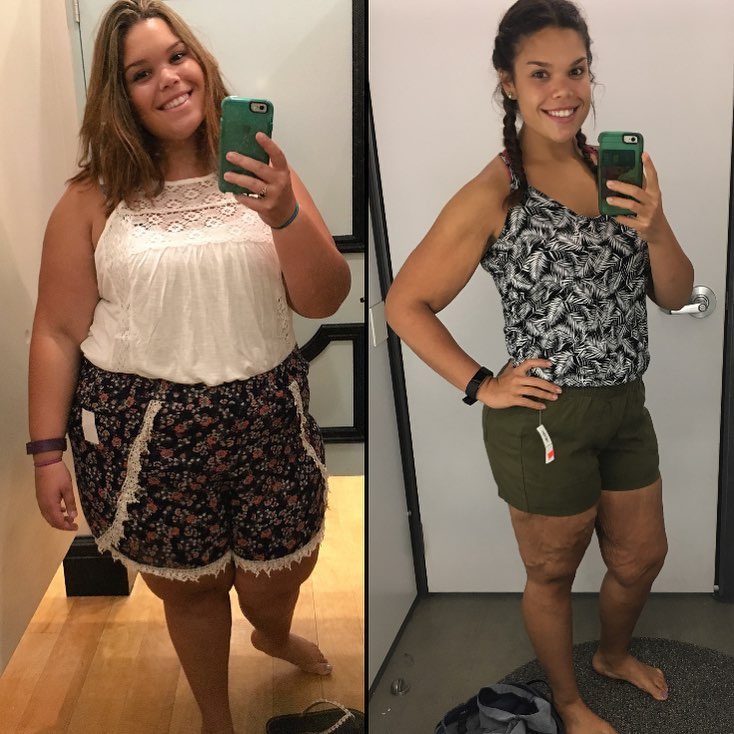 “I didn’t have the motivation, I didn’t know what to do, and that wasn’t good. I wish I had started then, as now I would be past my goal but all that matters now is that I started when I did. I feel like a completely different person. Seeing that number on the scale gave me more motivation than I ever had, as I knew I needed to do something about it and knew I was doing something about it.”

“When I saw the number go down on the scale it made me feel even better. I remember buying the scale and a week later bought a gym membership. In the gym, when I weighed myself a week later, I was down 7 pounds and I was like, “Way to go!!”. Seeing things like that motivate me or when people who haven’t seen me in a long time and they notice my weight loss, that motivates me.” 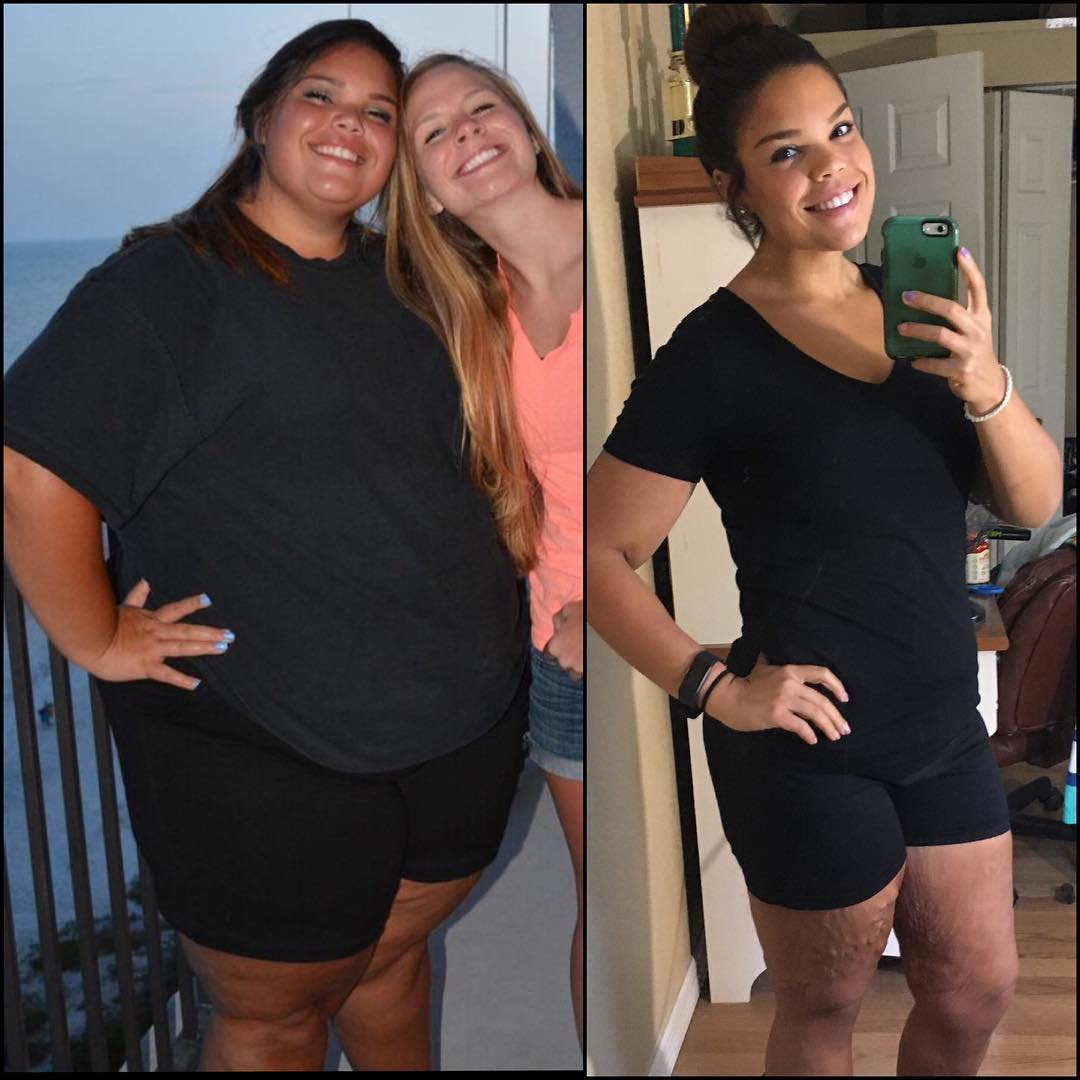 “Also trying on clothes that used to be my favourite pair of jeans, something that had rips because I wore them so much, now I try them on and they won’t stay up, that motivates me to keep going.”

“People ask what keeps me motivated, thats what it is. No one can want it for you, you have to want it for yourself. Do not give up. Whenever I think about past, when I first started, it’s just been crazy how much my life has changed. 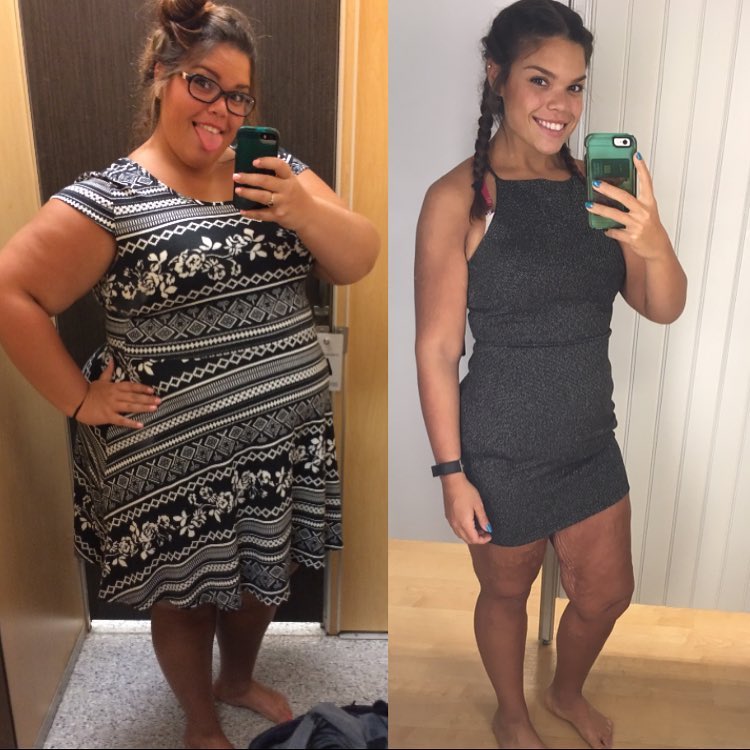 I would go in a store and I would try on clothes and nothing would fit and it was very hard when you would go up in size and it still doesn’t fit the way you want it to. You just feel like a blob and blah. You feel very uncomfortable.”

“Now I can walk into a store, I can find something that I can pull off the shelf and be like, “this kind of looks like it would be too small” and it actually fits too big, its crazy, and I’m so happy I made the choice that I did.” 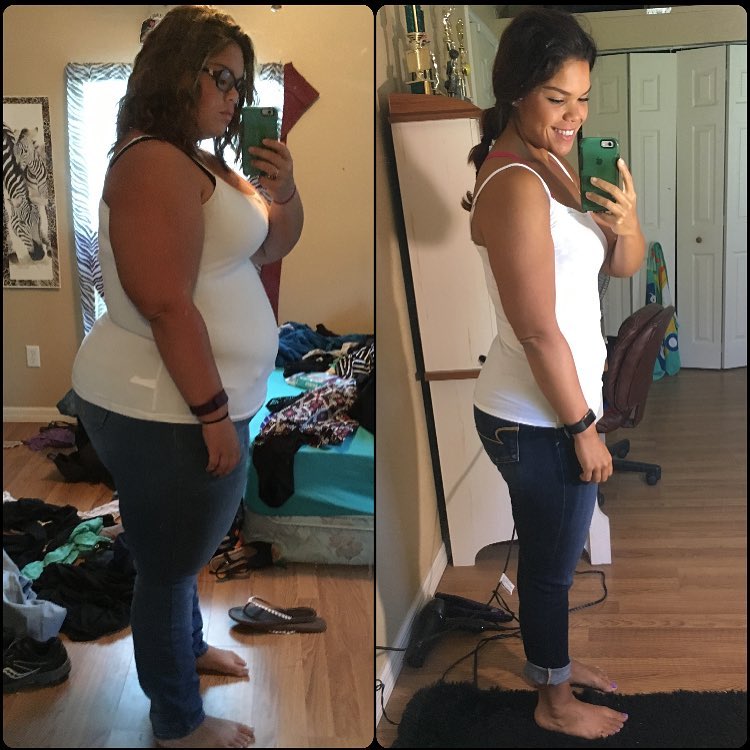 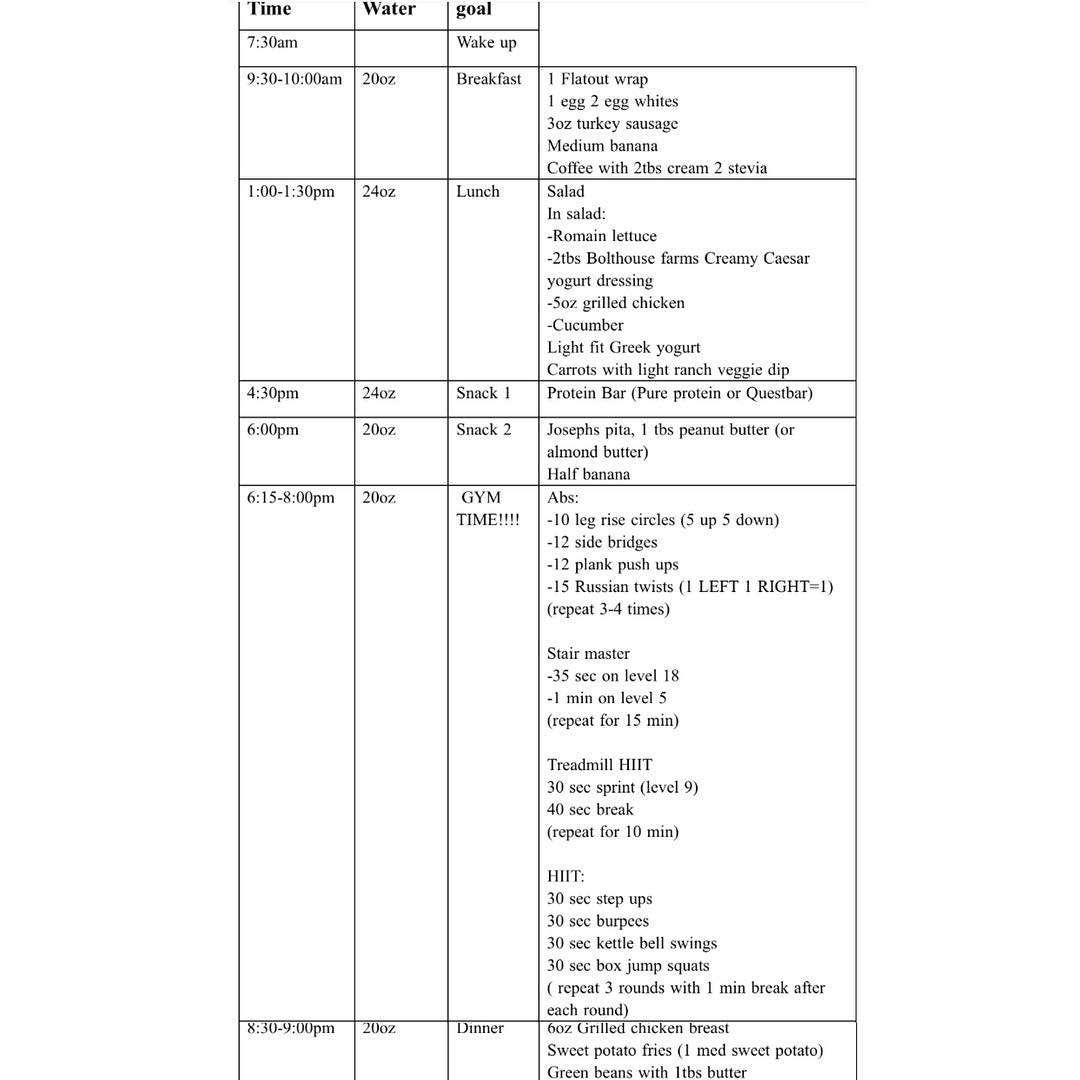 18 Fat Burning Back Workouts That Will Sculpt And Define Your Back!

19 Intense 20 Minute Workouts That Will Destroy Your Body Fat!