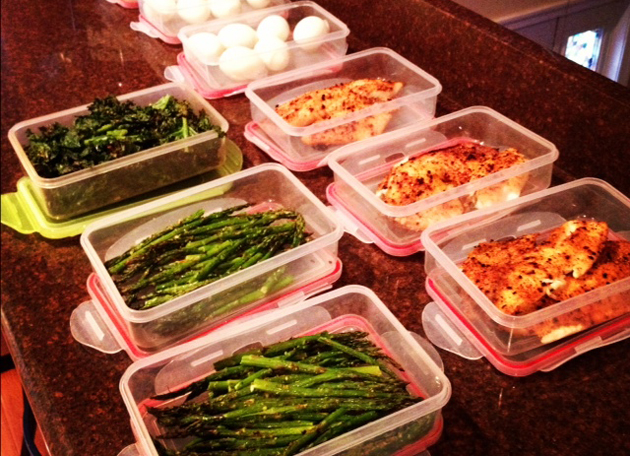 How many times have you heard this?

Unless you completely shun the fitness and nutrition world, this probably seems pretty familiar, and on the face of it, it makes sense, right? If your body is a furnace, then the more often you feed it, the more you fuel the fire. A bigger fire = more calories burned.

But is it really that clear cut?

The traditional advice states that you get a large metabolic boost by eating. You can’t really argue with this.
Every time you have a meal, your digestive system kicks things up a gear, thus revving up your metabolism and increasing your body’s calorie burn. This is a concept known as thermic effect of food, or TEF for short.

Everything You Thought You Knew About Meal Timing Is Wrong

The whole notion that eating frequent meals boosts your metabolism is false. It is undoubtedly true that when you eat, there is a rise in your metabolic rate and TEF. However, the amount this rises by correlates directly with the caloric intake of your meal.

Looking at this in context over a whole day, you could take two identical diets, each containing 3,000 calories. One person could eat 10 meals, each spaced an hour to 90 minutes apart, and the other person could eat just two, or even at a push, one huge meal, yet both participants would see the same results.
Person A would get many mini metabolism boosts throughout the day, while person two would get one massive, or two fairly sizeable increases in energy expenditure. Neither diet would be superior so far as calorie burning goes. (Ref 1)

But Hold On, It’s Not Quite So Clear Cut

The theory is out there – frequent vs infrequent meals makes no difference, provided calorie intake is the same.
This might be fine for the average Joe, looking to lose a little blubber and fit into those jeans he’s not dared venture near for the last six years, but what about if you want more than that?

Nearly every bodybuilder you hear talking about their diet states the importance of frequent meals, so surely there must be something to it. 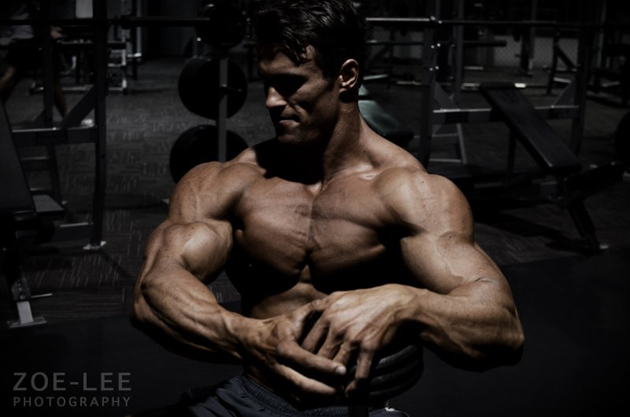 The main issue is muscle protein synthesis (MPS) – basically your body’s uptake of protein. If you’ve had even the briefest of flirtations with the bodybuilding and weight training community, you’ll know the importance of protein. Amino acids (which make up a protein molecule) are the building blocks of muscle. We need high levels of them to successfully build muscle when bulking, and maintain it when cutting bodyfat. Hence the need for a high protein diet.
After eating a mixed meal, containing protein, carbohydrate and fat, protein synthesis is optimized for around three hours, and amino acid levels remain elevated for up to five hours, according to bodybuilder and nutritional scientist Dr Layne Norton.

What this means is that to optimize your MPS levels, consuming a meal around every five hours, when amino acid levels start to dwindle is probably a good idea. That’s not to say it’s absolutely necessary – missing this five hour window will certainly not hamper your progress too much, but it would be wise to aim to eat a mixed meal roughly every four to six hours. (Ref 2)

There’s a mythical 30 minute window in the bodybuilding world.

Supposedly, if you wait longer than 30 minutes to get some protein and carbohydrate into your system after finishing training, your workout is wasted and your muscles will disappear. This may just be a tiny bit of an over exaggeration however.

Again, it probably is a good idea to have a protein and carb-based meal shortly after your workout to help replenish glycogen stores and kick-start your muscles’ recovery process, but if you miss this cut-off, it’s really no big deal.
Your body is still digesting and processing food you ate several hours earlier, and will have ample supplies of protein and carbohydrate before it starts tapping into your hard-earned muscle.

So if it’s convenient to have some food or a shake post-workout, go for it. If not, just fuel up when you get home.

So What Should I Do?

The simple answer is to do what works for you.

If eating every two to three hours suits your lifestyle and schedule, then go right ahead and do that, just don’t expect any new magical gains. You might find you’re slightly more full, don’t get hunger pangs and remain more alert, but it won’t do much more than that.

Likewise if you’re uber-busy and can’t make time to eat that frequently, stick to the good old fashioned three square meals a day. Heck, you could even take this down to two, or go the whole hog and just eat one meal.
Fasting-style diets such as Lean Gains, Eat, Stop, Eat and the Warrior Diet have become massively popular in recent years, and seem to work great for fat loss. But then pro bodybuilders tend to eat every few hours. So the real answer to what meal timing structure is best is “it depends.”

Hit your calorie and macronutrient goals, train hard, monitor and adjust your plan, and everything else should fall into place.