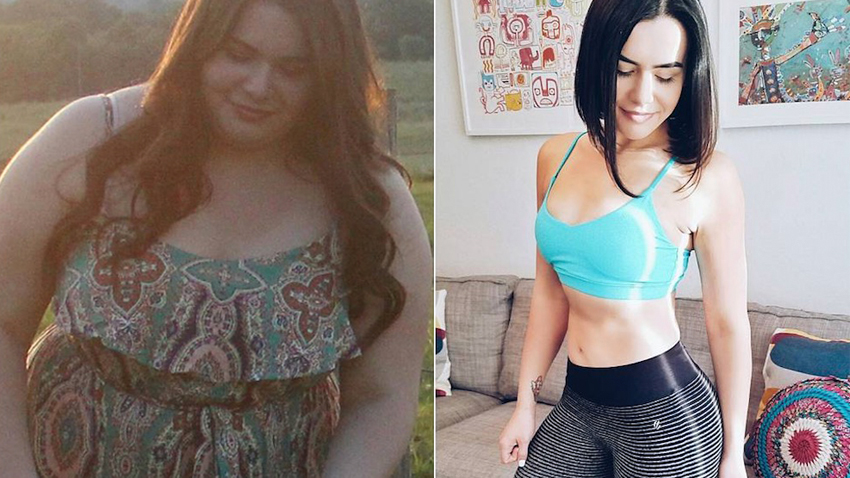 Cristina Diaz had just visited her Doctor for the third time and the news wasn’t good. Years of eating takeout and unhealthy food had caused her weight to shoot up and her blood pressure to skyrocket.

Weighing in at 245 pounds, she sobbed in her car after hearing the news and decided then, that she would make the necessary changes to improve her life and her health.

Cristina documented her journey on her Instagram and amazingly lost 100 pounds in one year and now is on a mission to help people achieve the same results!

Be Sure To Follow Cristina Diaz On Her Social Media Here: 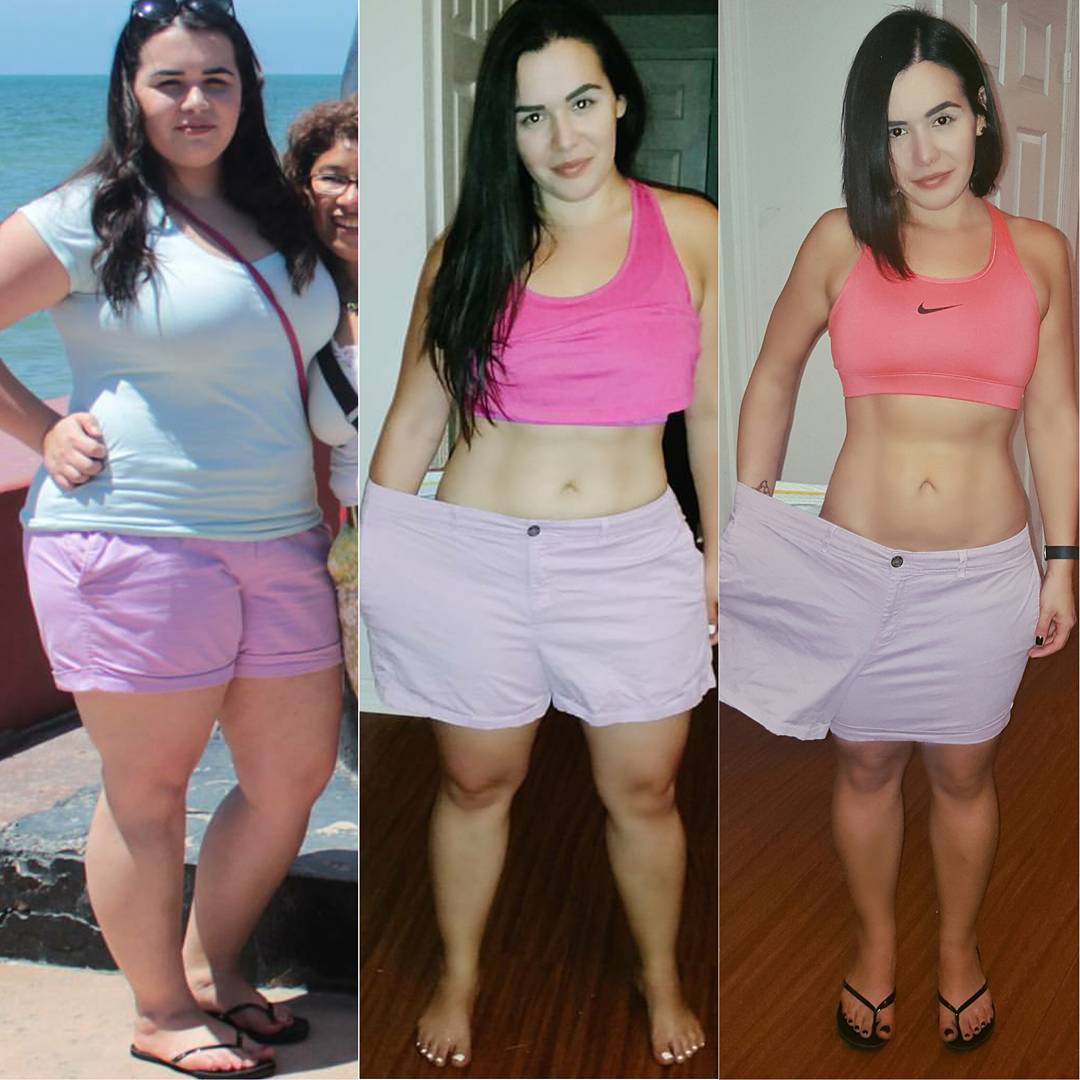 Cristina opened up to waybetter and explained how her weight loss story began.

“If I think back to February of last year, it’s very difficult for me to remember the woman that I was. But there are parts I do remember: the chronic headaches, the only being able to shop in plus-size stores, the primarily sedentary lifestyle, and most importantly, the day I decided enough was enough.” 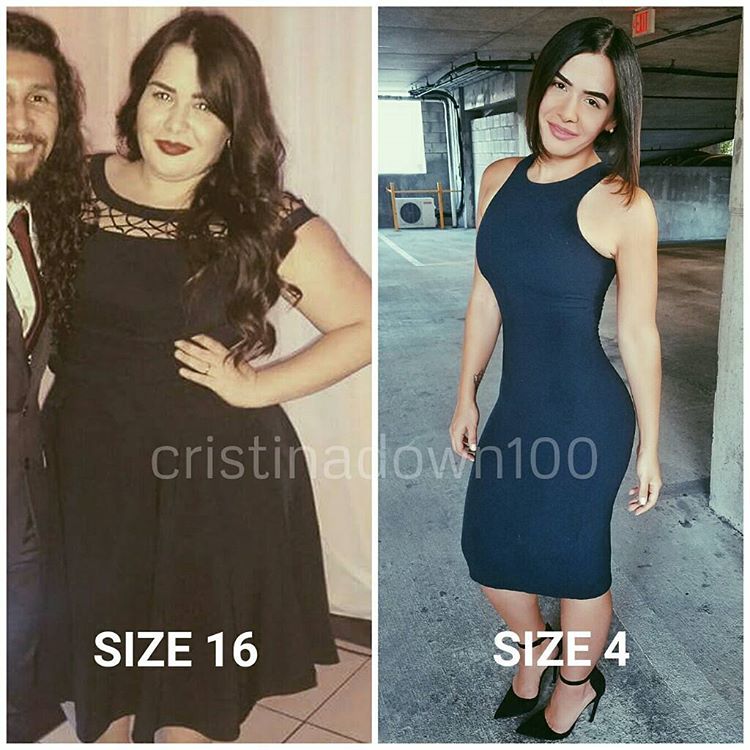 “I should start by saying that I wasn’t always heavy. I have always had big hips and, well, a big bottom (thanks Mom) but I didn’t really pack on weight until after 15. But let me back up.”

How Cristina Gained The Weight

Growing up, Cristina’s diet consisted of meals at home but when she became older and takeaways became a quick convenience for her and her husband, the weight slowly crept up.

“I grew up in a Cuban family where almost all meals were home-cooked, and typically consisted of rice, beans, and steak. I never gained weight eating this way, so I never really worried about my diet.

But when I began dating Jeffrey, my now husband, I was thrown into a totally different lifestyle. He was always on the go and 90% of his meals were either fast food or from restaurants. Since I’d never had to worry about my eating habits before, I thought I could keep up with him. 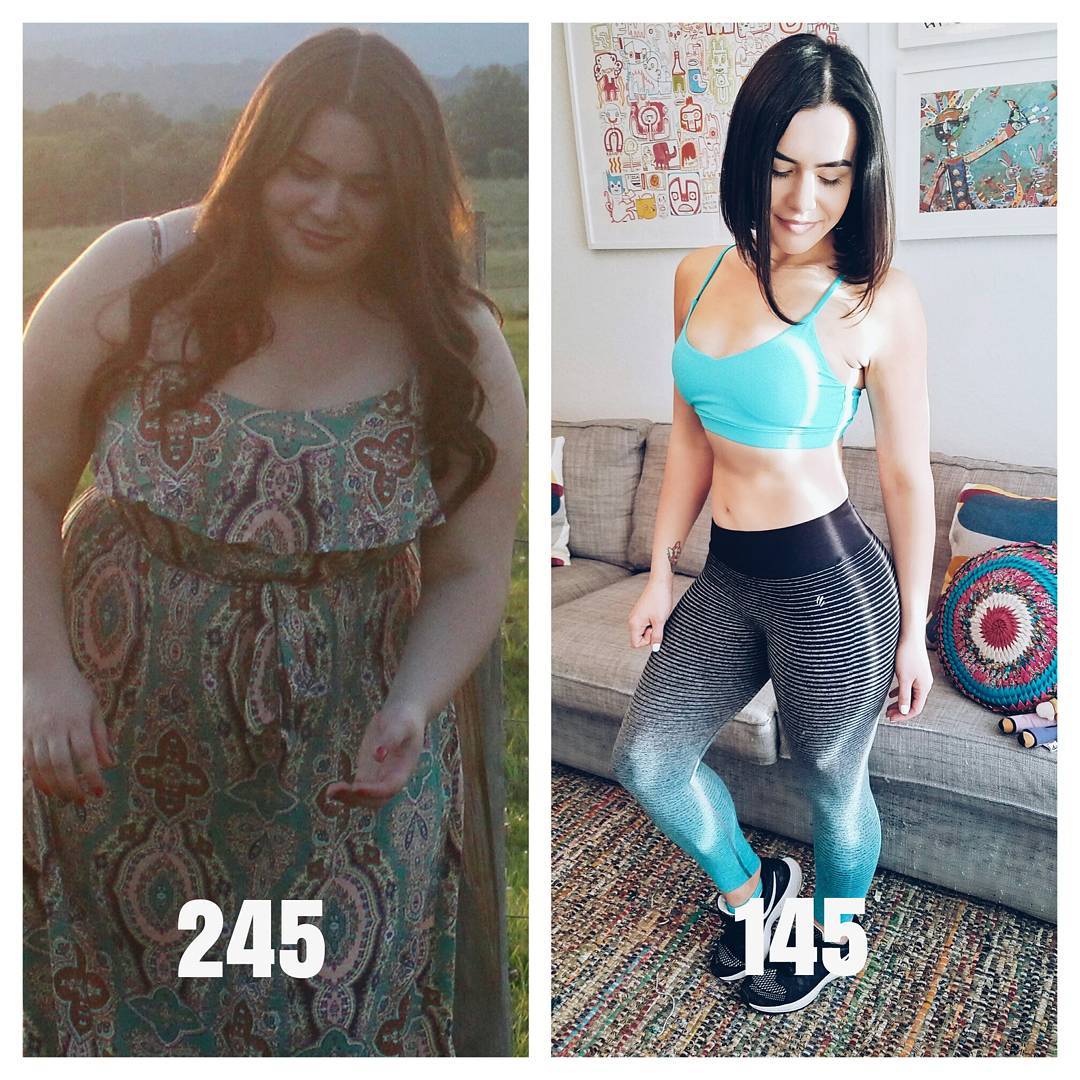 “Long story short, I was wrong. I packed on 100+ pounds over the course of about 9 years eating the way he did. Meanwhile, Jeffrey never weighed more than 135 pounds, ever (I know, I’m completely jealous too).”

Cristina made a few attempts to change her life but they just didn’t work out.

“Over the years, I tried numerous diets but always failed to stick to them: Atkins, Weight Watchers, Herbalife, etc. I think part of what made it so difficult for me to stick to a diet was that I’ve always been a confident girl, heavy or not, so I didn’t necessarily dislike who I saw in the mirror. Deep down I had a feeling I wasn’t so healthy, but rather than face the scary facts I chose the “ignorance is bliss” route by avoiding the scale and the doctor—until I had no choice.” 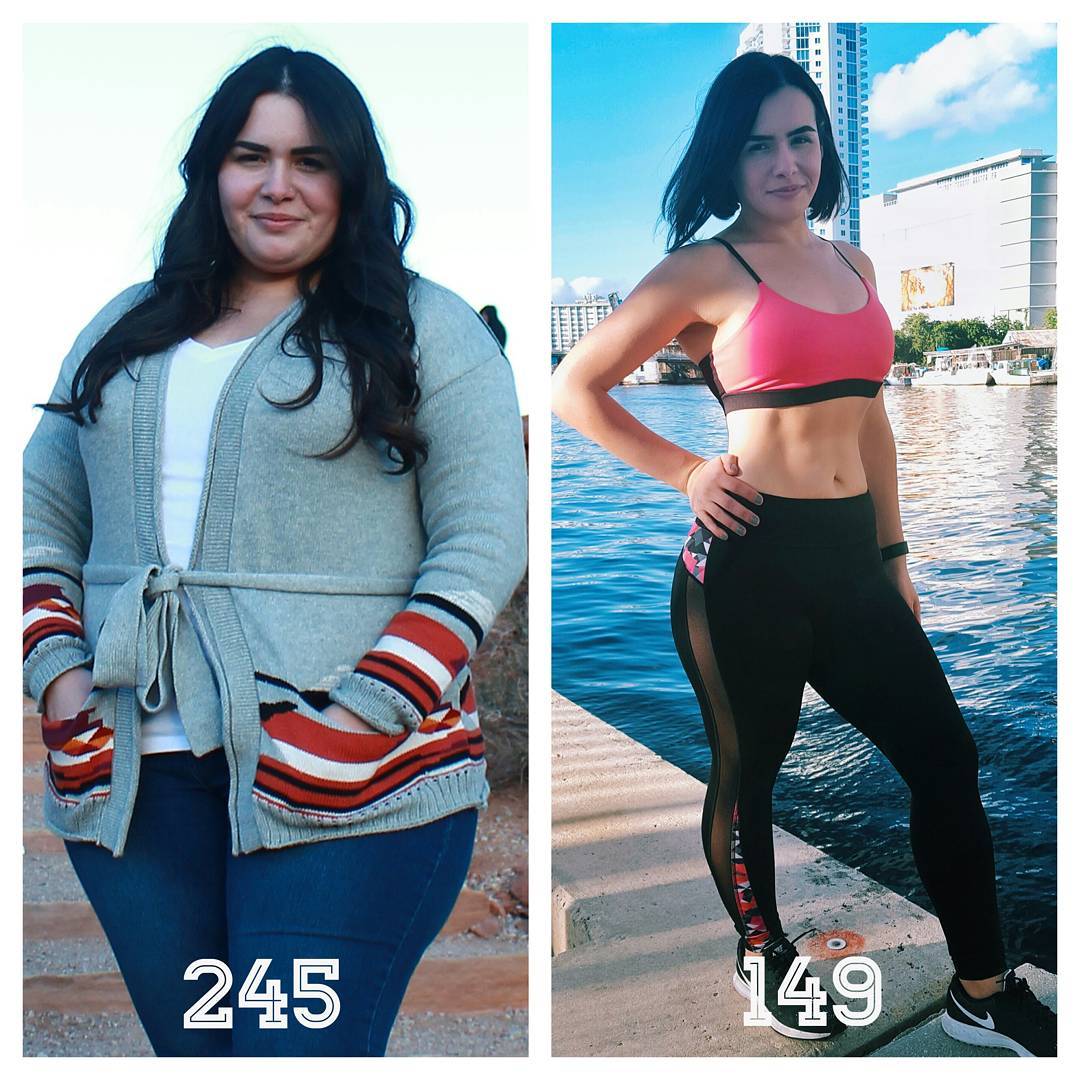 What Made Cristina Want To Transform

It wasn’t until she had to get regular check ups that Cristina realised it was time to get serious about losing weight and getting healthy.

“I had a small procedure done on my tailbone that required me to go to the doctor almost weekly for checkups. Every time they took my blood pressure, it was through the roof. The first time, the doctor looked a little concerned but thought nerves could have played a role.

The second time, the doctor asked if I’d had issues with my pressure previously, and I said no (the result of my “ignorance is bliss” philosophy). The third time, she sat me down and bluntly explained that my blood pressure was out of control and that I needed medication to regulate it before it got worse.” 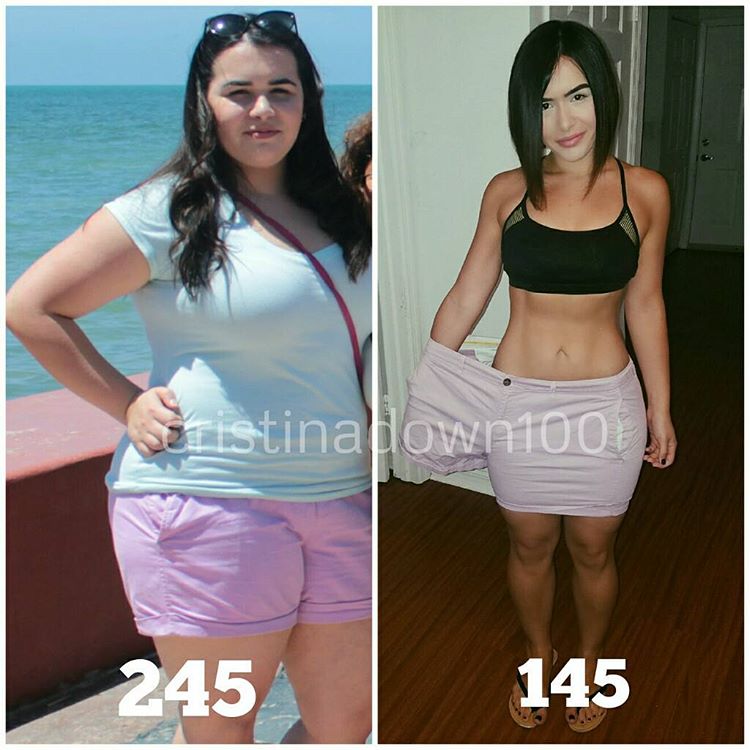 “My immediate response was, “Absolutely not.” I told her I was 26 years old and wasn’t ready to rely on medication for the rest of my life. So I asked her “Can it be reversed? What are my options?” She told me it wouldn’t be easy, but if I worked out, ate right, and lost some weight, anything was possible.”

This was all Cristina needed to hear and knew she has to start her journey asap.

“I grabbed my things, went to my car, and cried. I sobbed because I couldn’t believe I had allowed myself to reach this point. I’d treated my body poorly and was now suffering the consequences. But I’ve never been a quitter, so I decided in the car that day that I was going to stop crying and do something. And that’s what I did.” 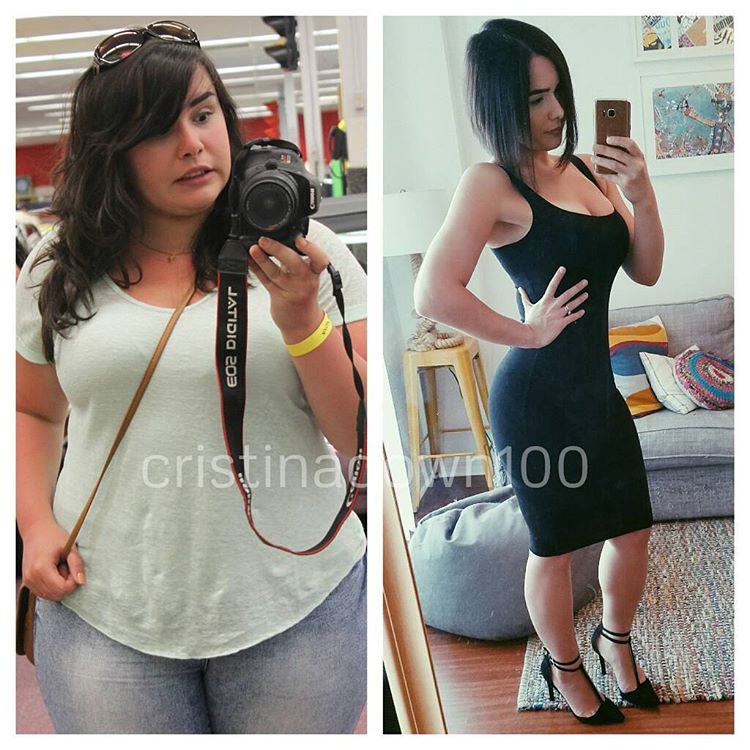 Cristina started to educate herself on eating right, the best plan for her and changing up how she lived her life day to day.

“From that day forward, I changed my lifestyle completely. I stopped eating empty carbs and began following an all-natural, paleo diet. I incorporated exercising into my daily routine little by little (just 15 minutes on the elliptical at first) and as I felt more capable, I pushed myself further. I was able to lose 50 pounds naturally in four months. 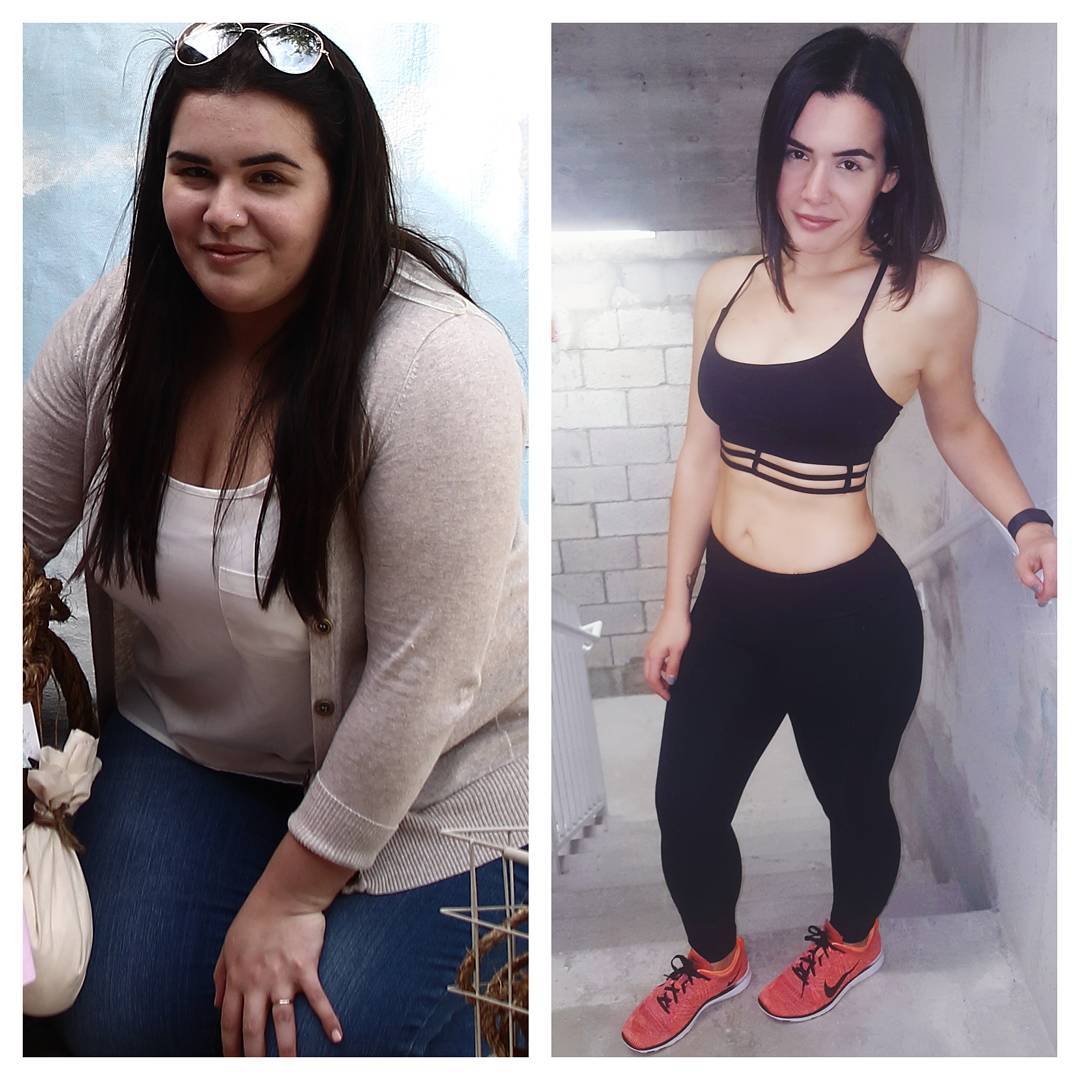 But more importantly, eating right and working out was now part of my life. It wasn’t a matter of fighting temptations or laziness anymore—I was past that. And I can tell you honestly, I achieved more than I ever thought I was capable of.”

Did I ever think I would be the girl who people came to for advice on how to eat and exercise? NO WAY. Me? Cristina? Are you crazy?! But I am, and that has been just as rewarding as the weight loss—which brings me to DietBet and hosting my first ever Kickstarter. 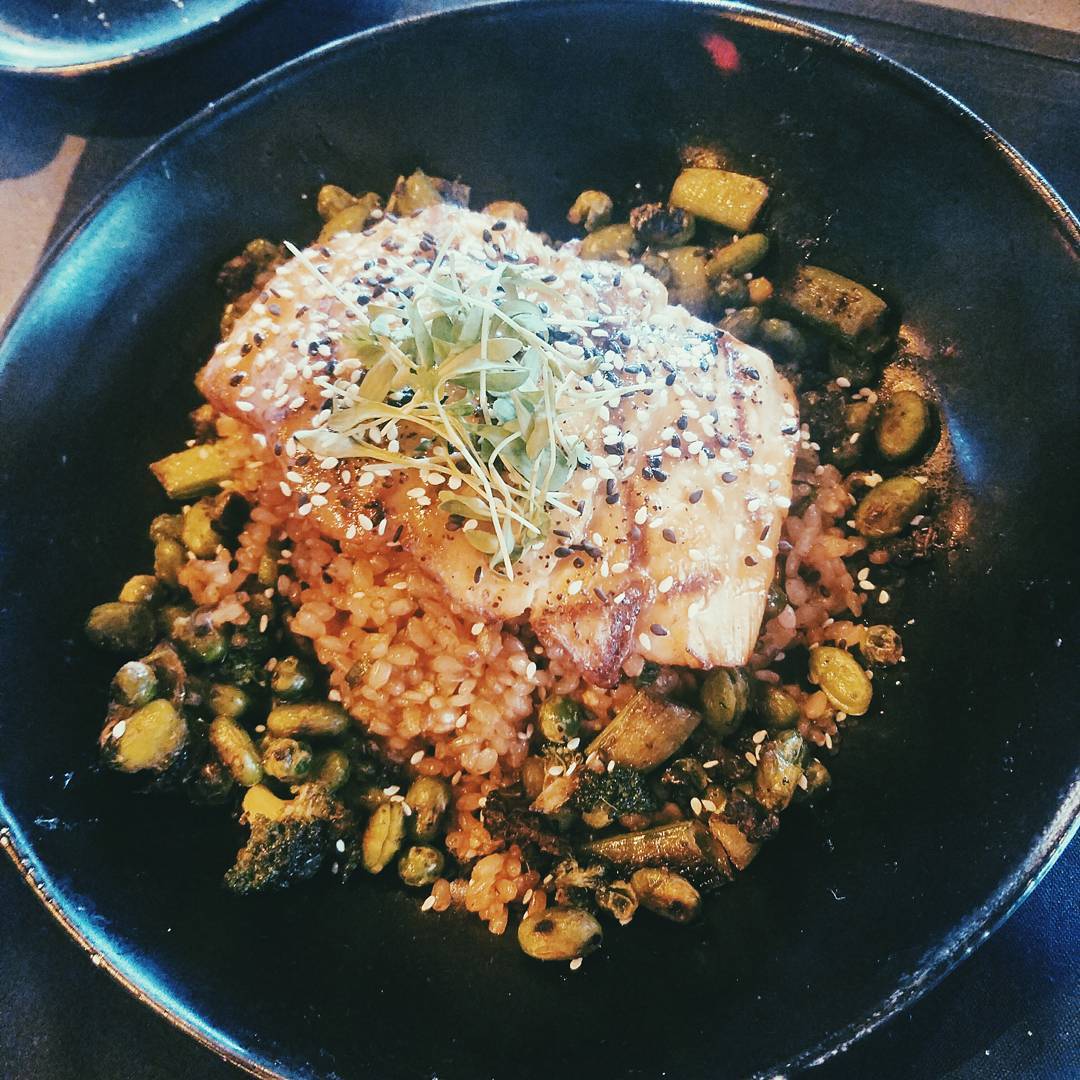 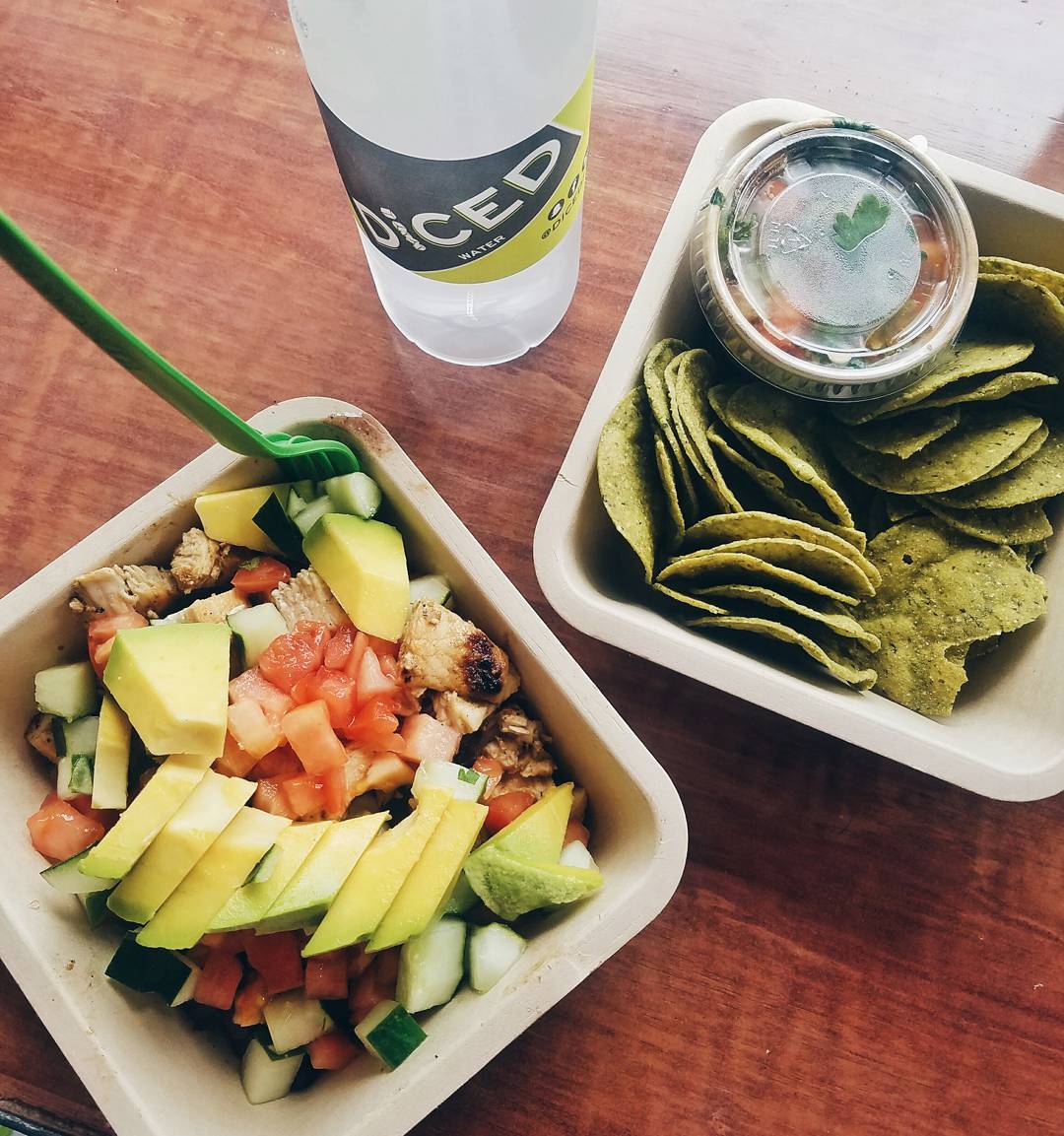 I went over to @dicedfood to try their bowls and yummm! Mine was quinoa, black beans, tomatoes, cucumbers, chicken and avocado. These spinach chips and salsa were also killer! 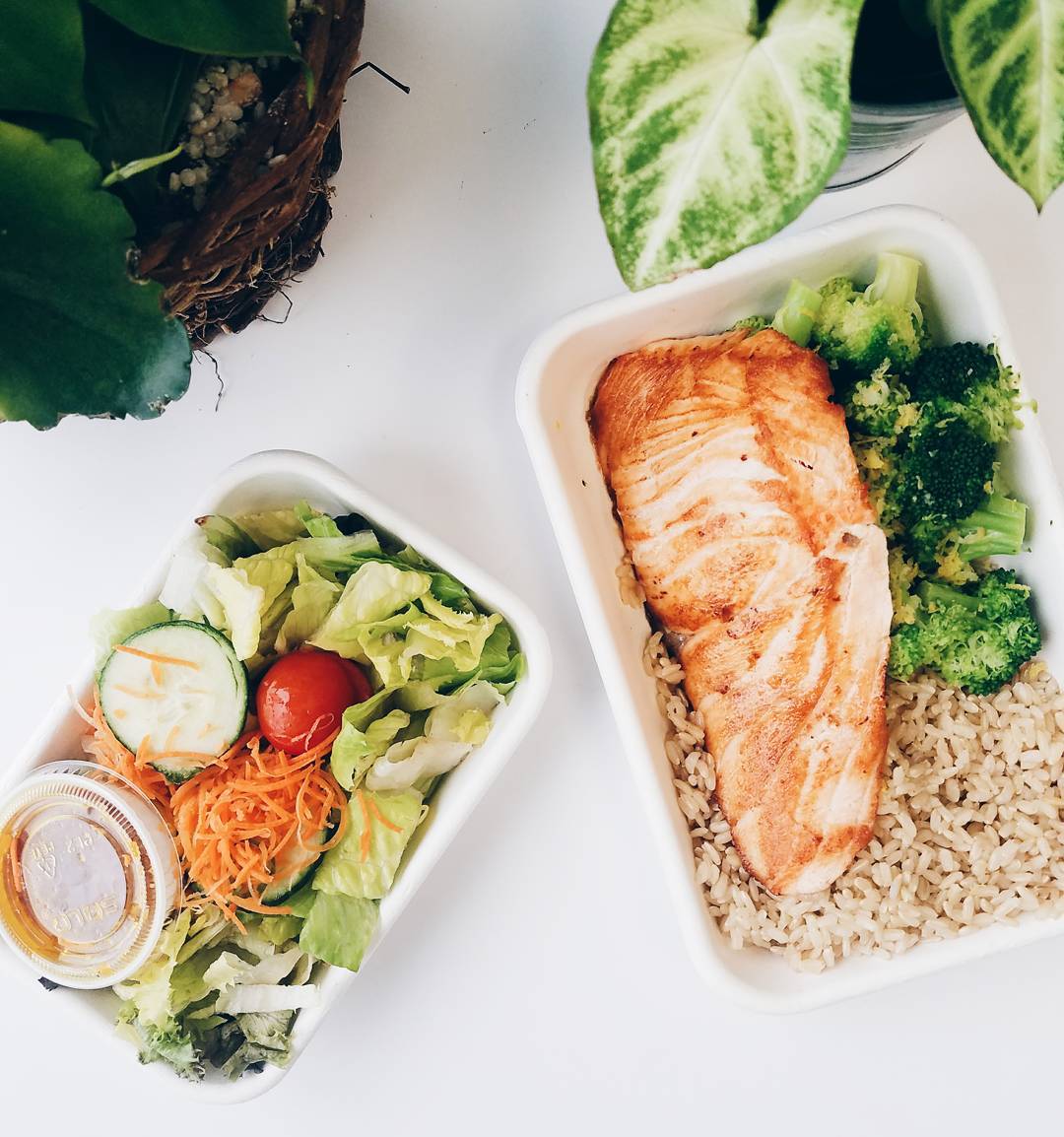 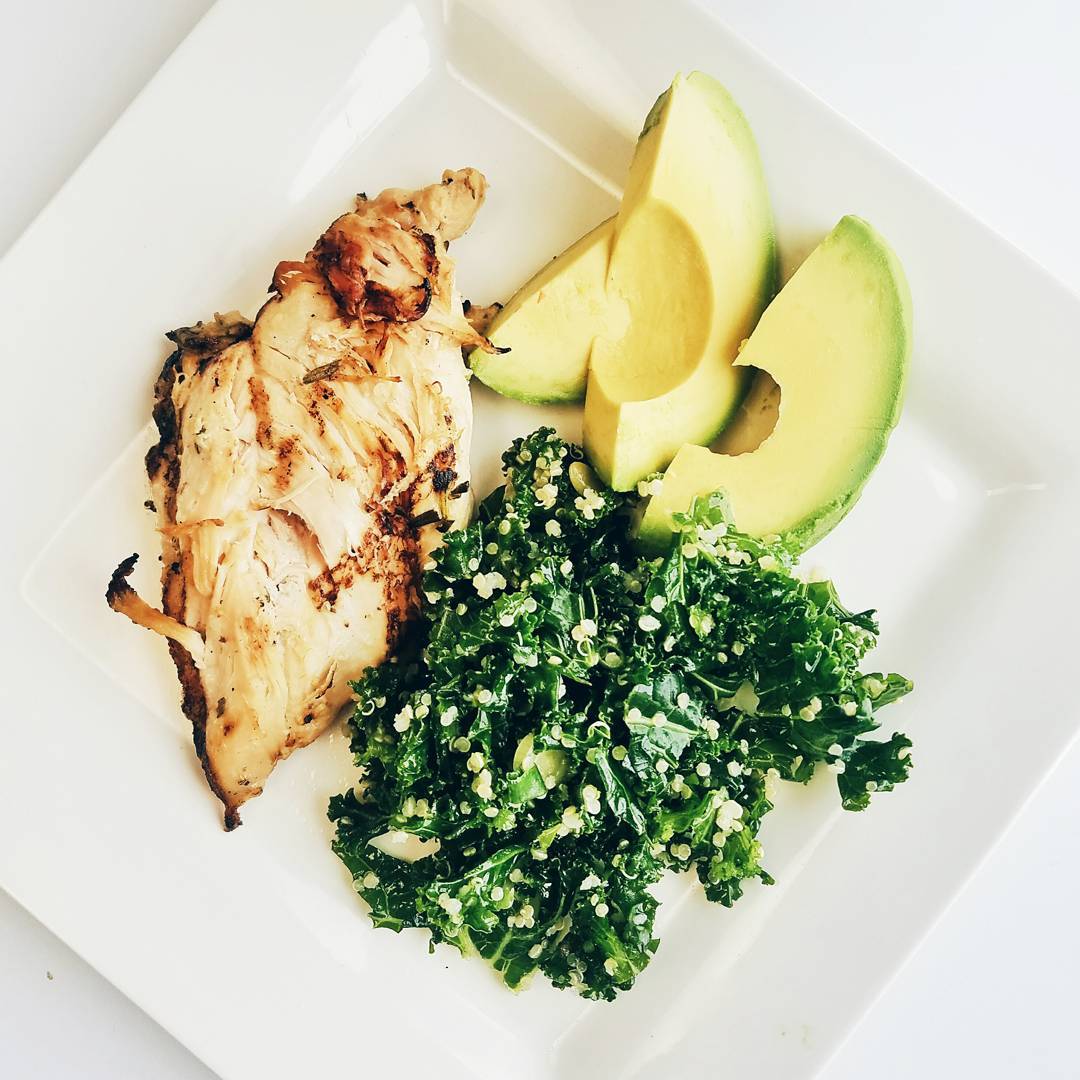 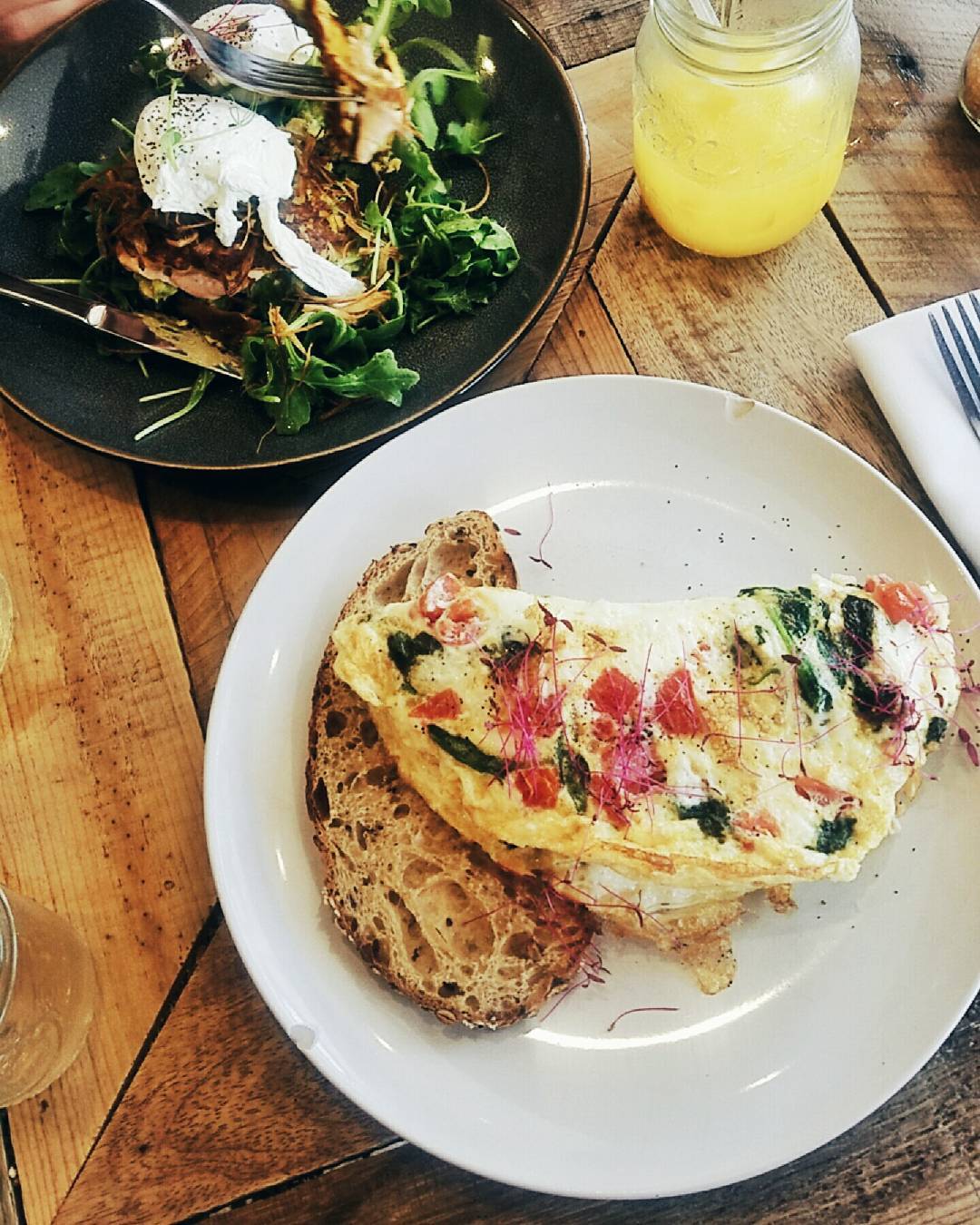 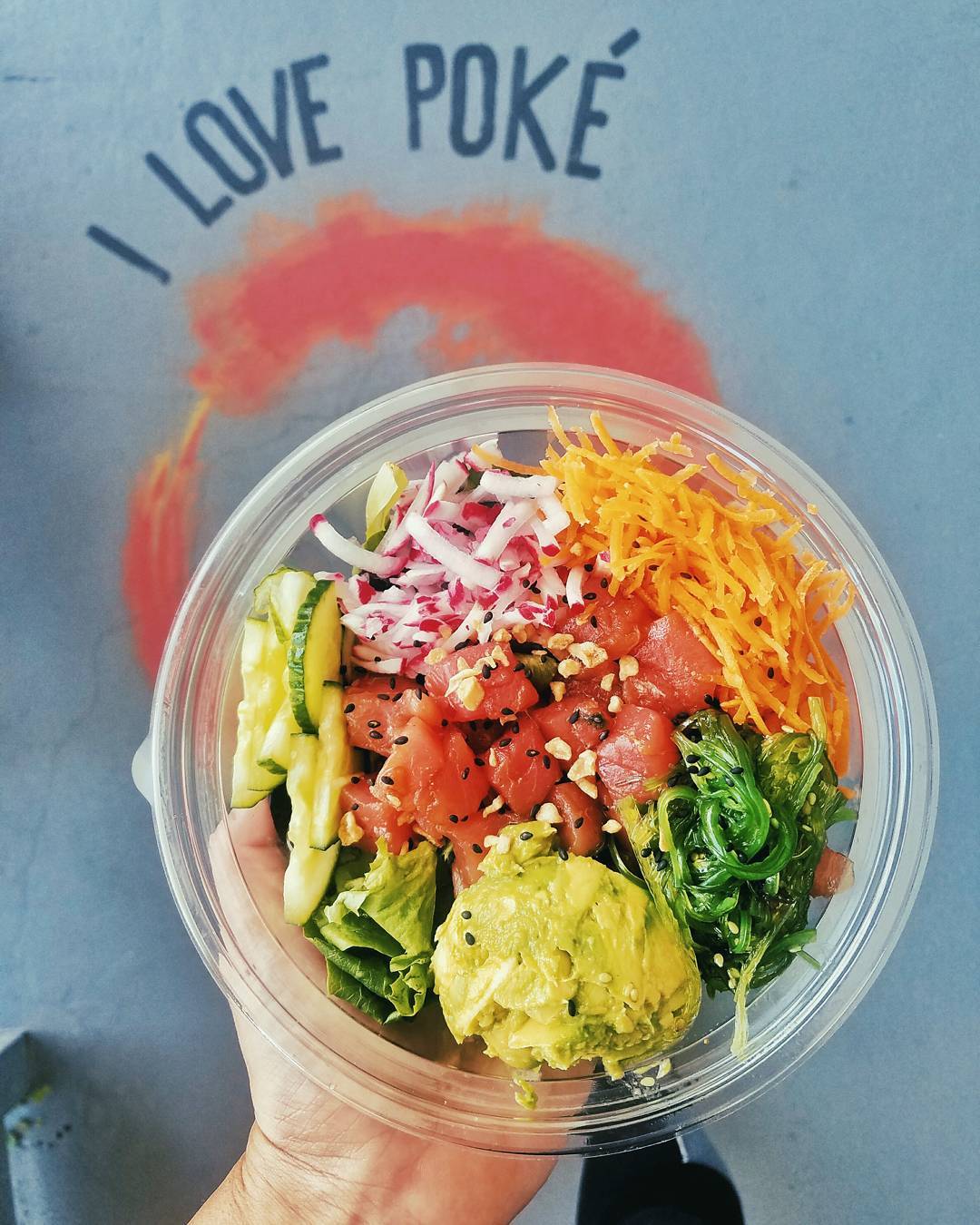 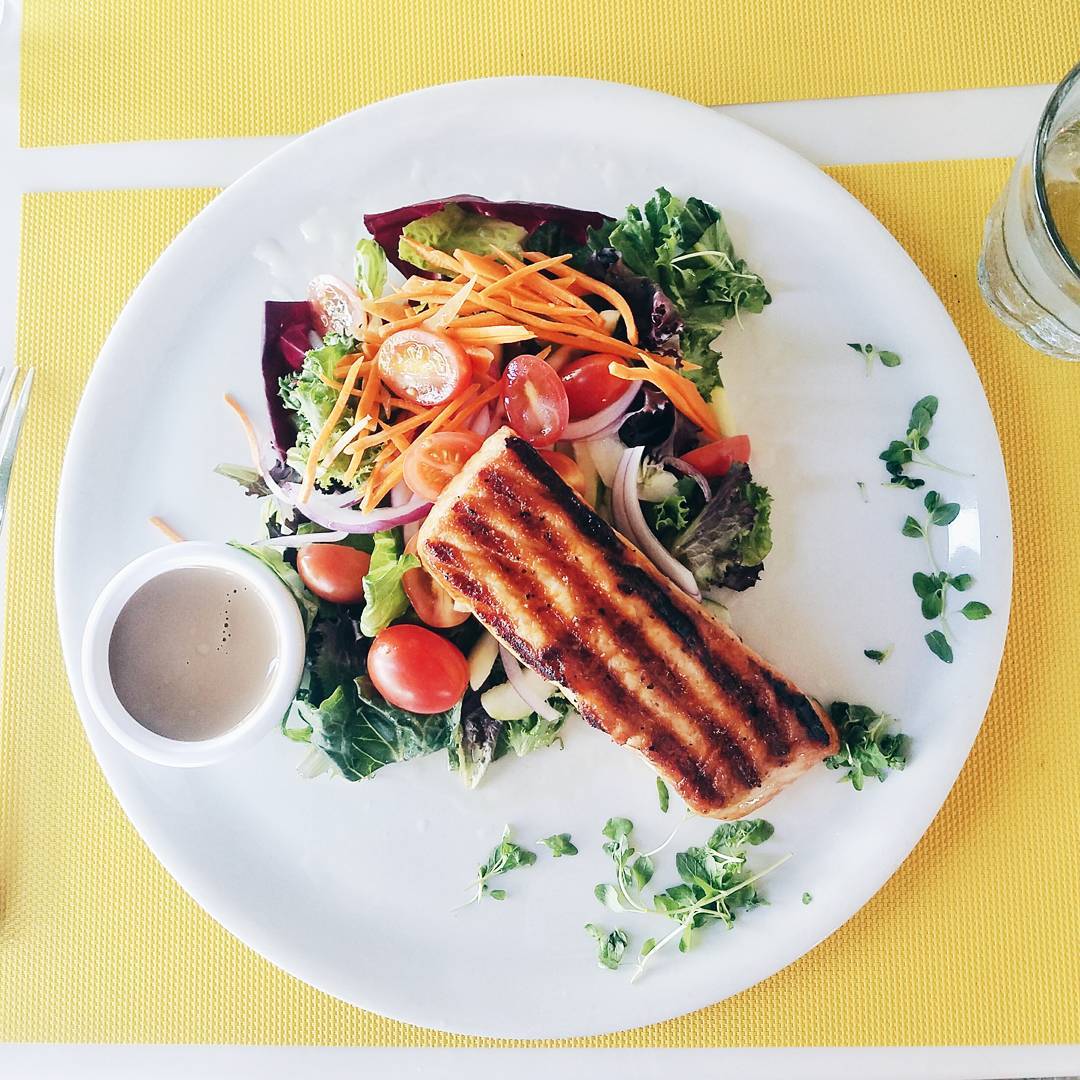 Salmon and a light salad after a long day of working out and some beaching!

Working Together To Achieve More

Cristina continued to lose weight and inspired by her own success, wanted to help other people achieve the same results. She started a ‘dietbet‘ game, wherein participants all agree to enter a set amount of money in exchange for achieving a weight loss goal. Those who achieve the goal share a split of the pot at the end. 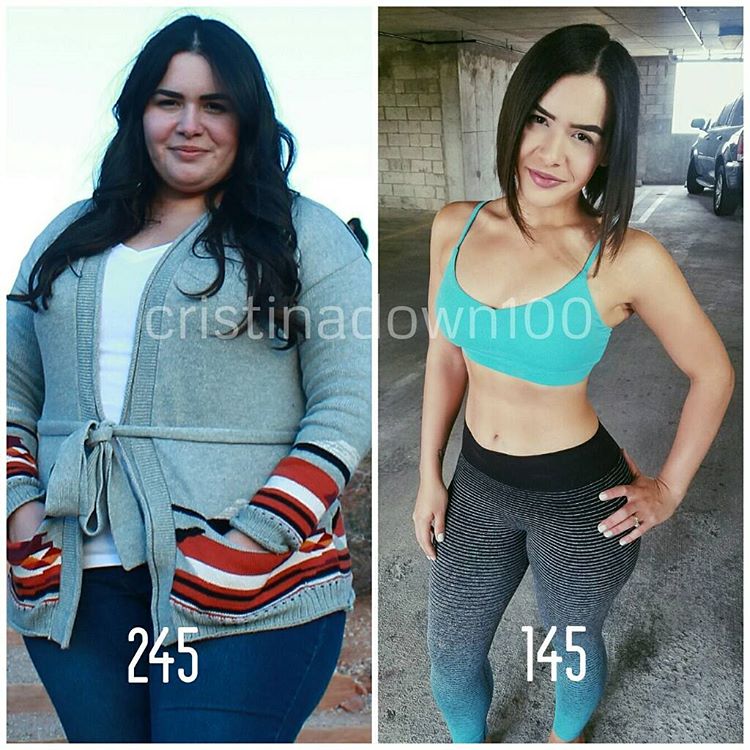 “What an amazing experience my first DietBet game was! A little over 280 people join, and I don’t think the group could’ve been more special. I would wake up every day and, like an addict, open DietBet to see what everyone was up to. It was post after post of motivation and encouragement, women sharing what we ate, when we worked out, when we struggled and cheated on a meal, even when we weren’t necessarily feeling the best about ourselves. It was truly a group that wanted to see one another succeed.”

Taking things to the next level, Cristina thought it would be a good idea to meet up locally and workout together.

“A lot of the players lived in Miami, like me, and one of them brought up the idea of getting the locals together for a workout on the last Saturday before the game ended. I loved this idea and quickly organized a bootcamp by the beach. I’d never done anything of this sort and wasn’t sure anyone would actually show up. But five amazing, strong, beautiful women came to work out with me, and I was through the roof!” 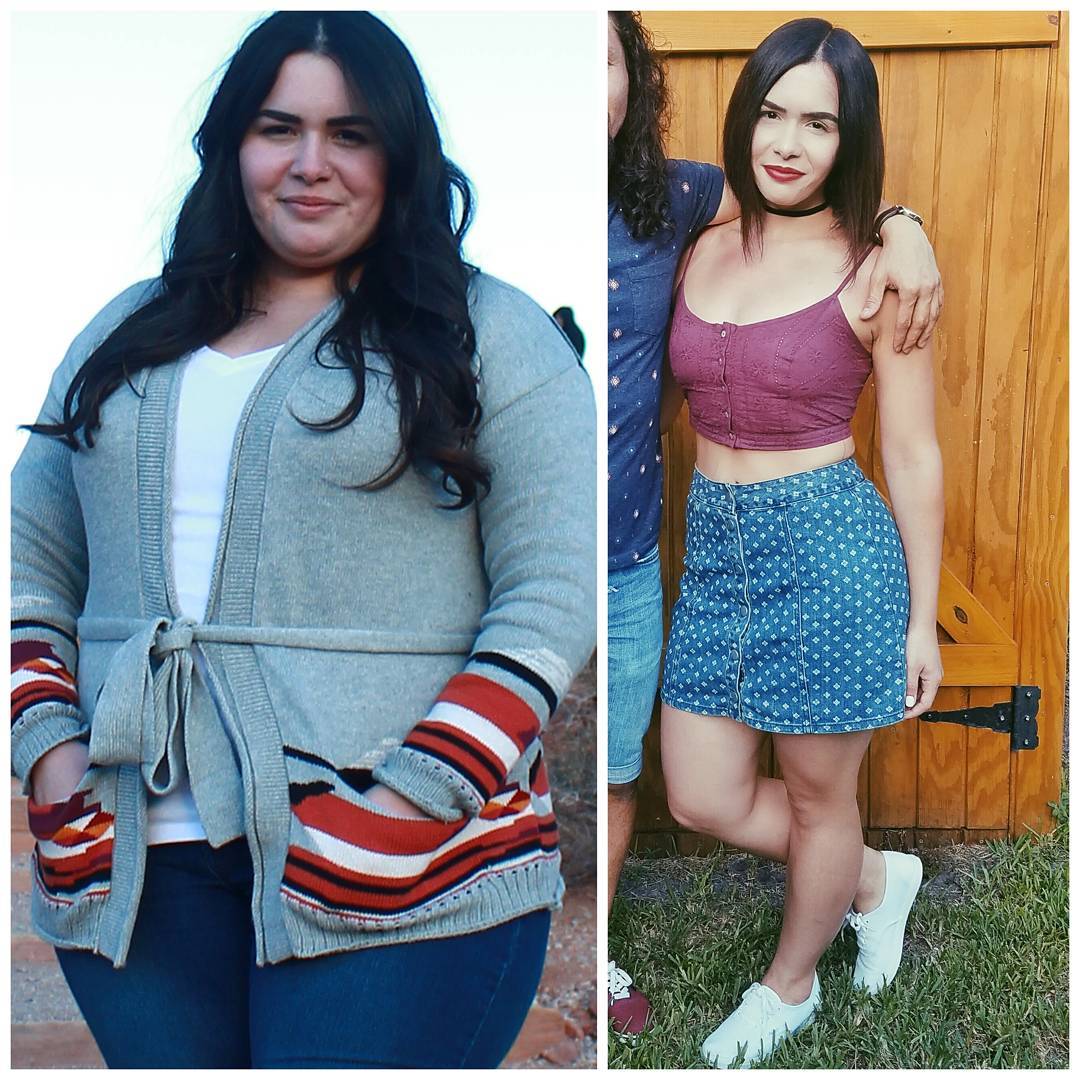 “I guided them through a 45-minute workout where we all pushed each other and gave it our all. It was hands-down one of the most rewarding experiences I’ve ever had—so much so that I’ve been hosting free bootcamps at different parks around the city every weekend since!”

Losing the weight not only transformed her body, but also her life as well.

“And this is why I say that I not only lost 100 pounds, but also gained a whole new life. Yes, I am no longer obese, I no longer have high blood pressure or migraines and I’m no longer lazy. But most importantly: I gained a life where I can help people. A life where I can inspire and motivate and tell someone “YOU CAN!” when they absolutely feel they can’t. I never expected this, but I am beyond grateful to have a voice and help spread a message of encouragement. This is truly what I have gained.” 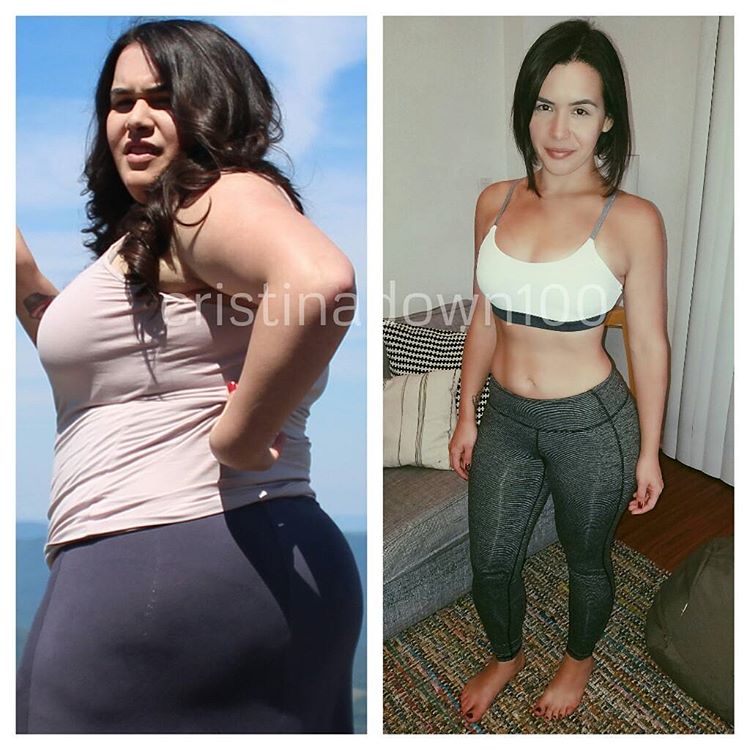