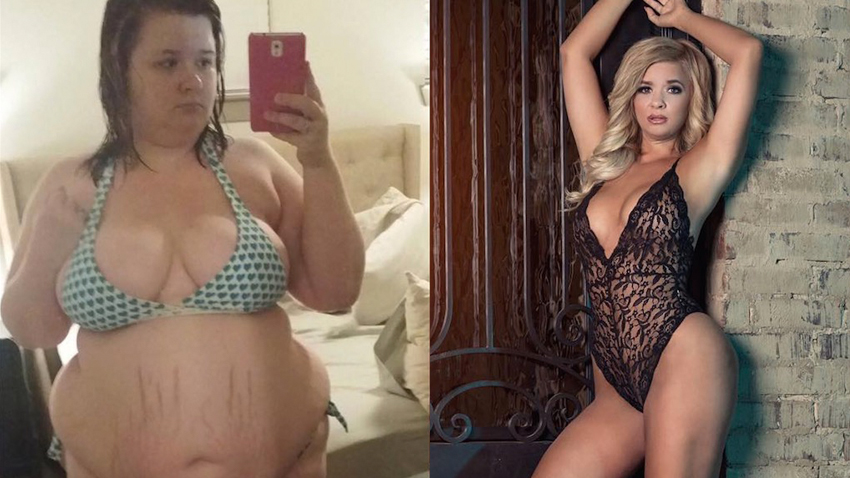 Christine Carter aka WeightLossHero on Instagram, couldn’t believe her eyes when she looked at the scale.

The problem started when Christine swapped one addiction for another and after quitting smoking, turned to food and began overeating, which cause her weight to balloon. Not recognising herself, Christine now weighed 275 pounds while standing at only 5’5″.

“I was a binge eater. I would be eating a meal, and thinking about my next meal. I was spending over $2,000 on food, by myself.” Below, Christine details exactly how she transformed her life, shedding over 150 pounds in 16 months! 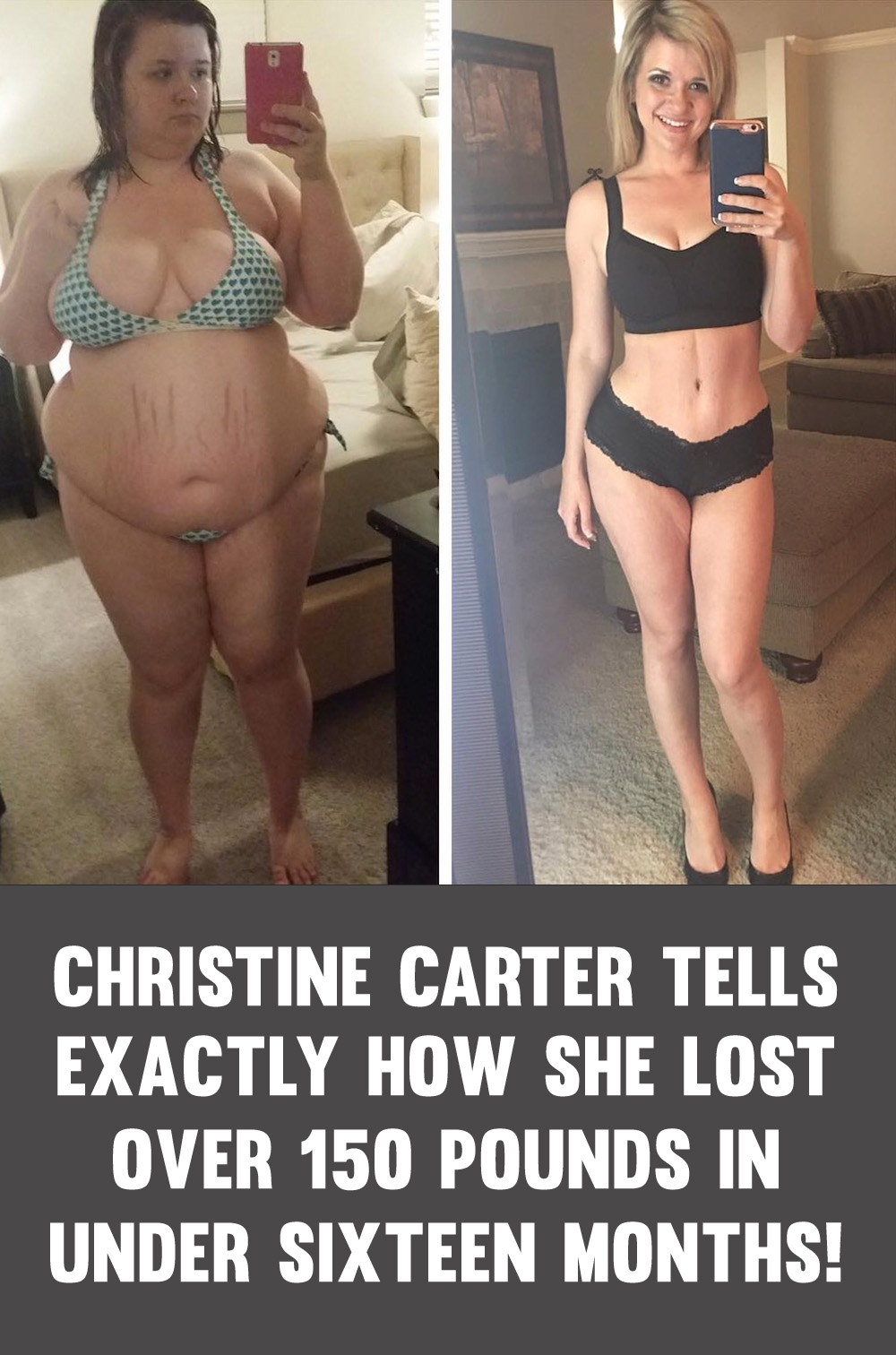 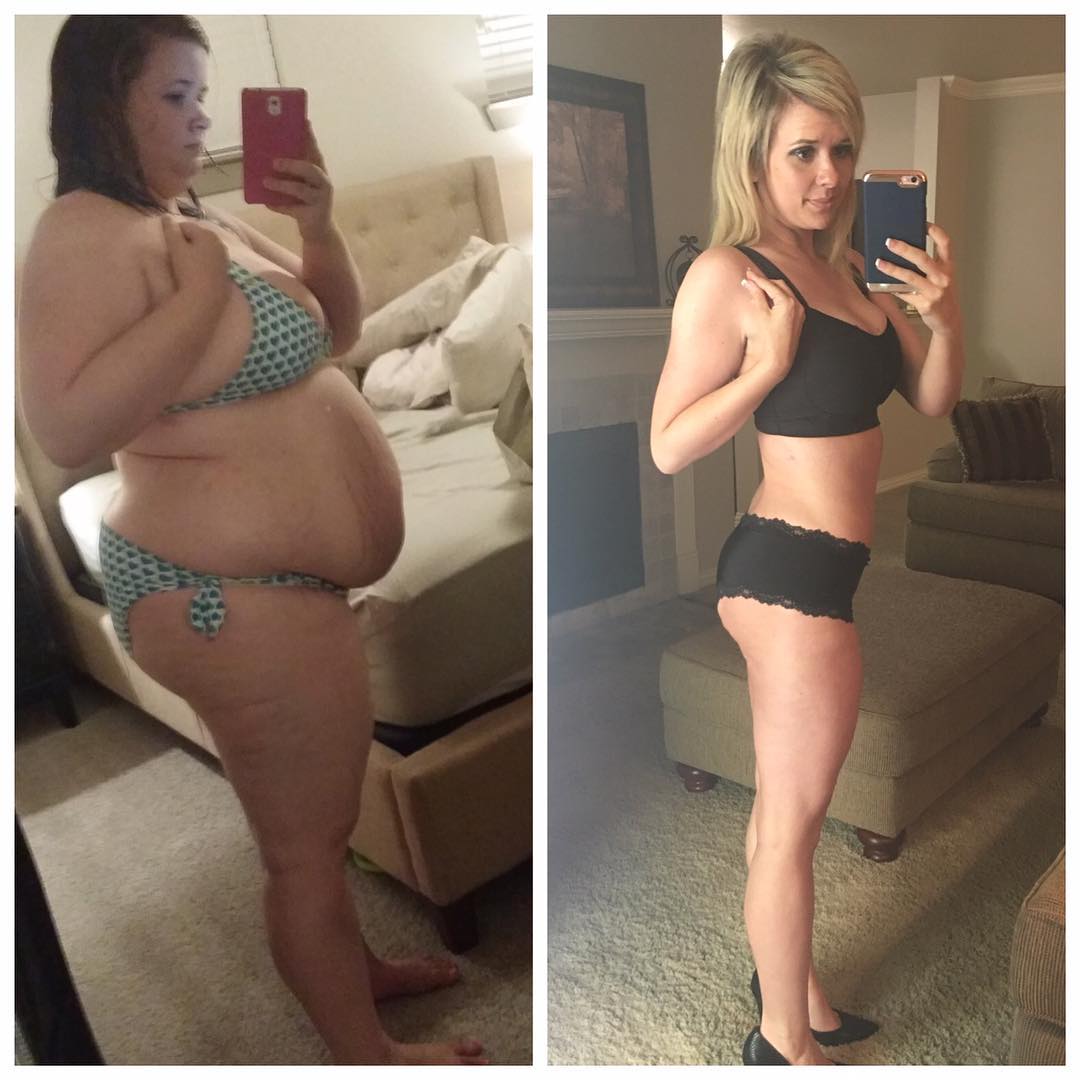 Christine recalls that an addictive personality and an unhealthy relationship helped cause her to gain so much weight.

“I had a few triggers for my weight gain – I quit smoking and transferred my addition from nicotine to eating. The other factor is that I was in an unhappy relationship. My ex was very controlling, told me what to wear and I believe he wanted me to be fat so that I wouldn’t leave him. He also didn’t like me having my own friends.”

With her self confidence at an all time low, and with minimal support, things didn’t look like they would change easily for her. 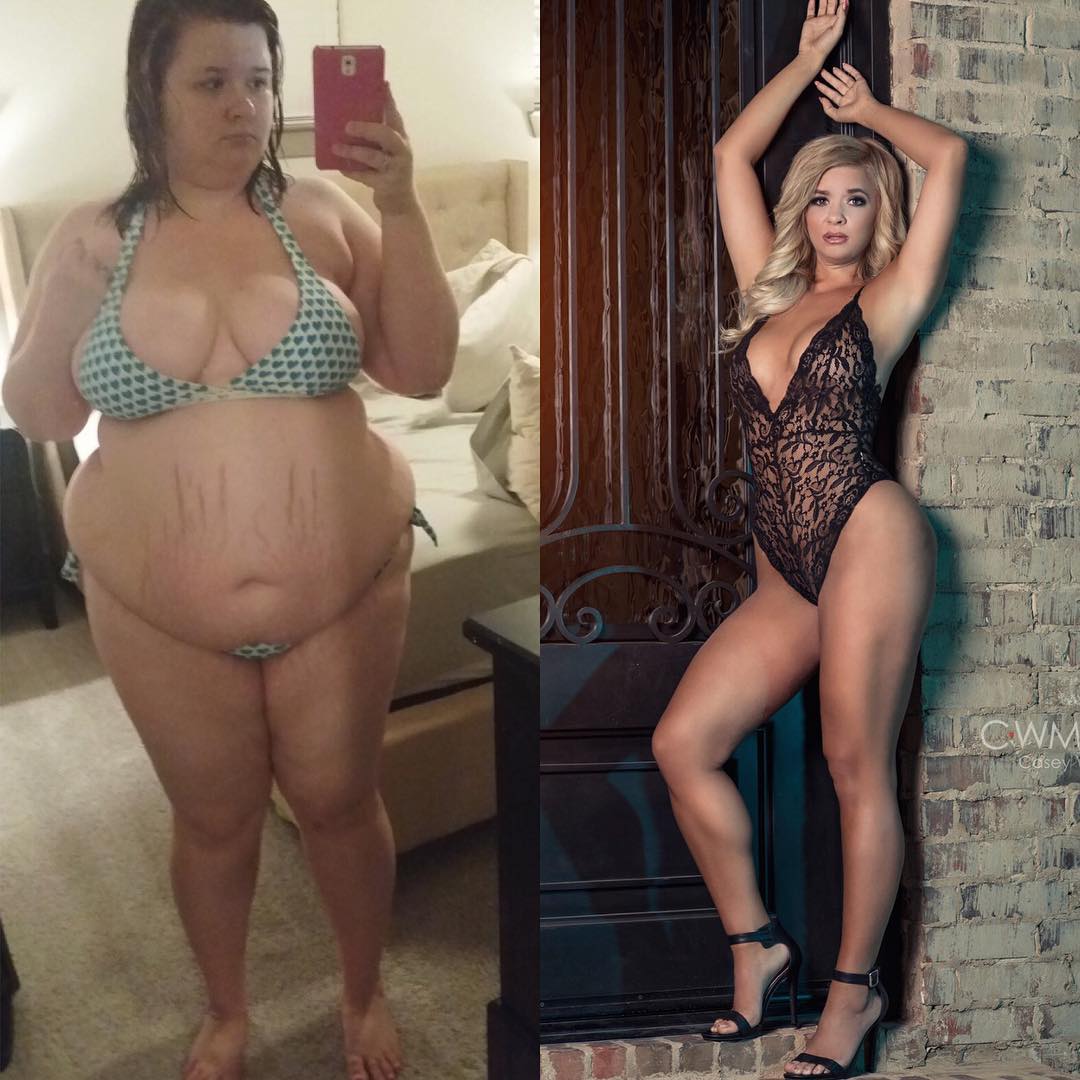 “Being overweight, I didn’t feel I deserved anything better – I went from a place of being ‘fat and happy’ to just ‘fat.’”

As Christine spiralled further into unhappiness, she ate when she was feeling upset or stressed and was spending at around $2,000 a month eating out at local restaurants in Dallas.

“Portion control was my problem, I would eat three times the amount of food I should. I was on ten medications and was constantly in the doctor’s office. I felt horrible — I could barely move or go up a flight of stairs, and I was only 26!” 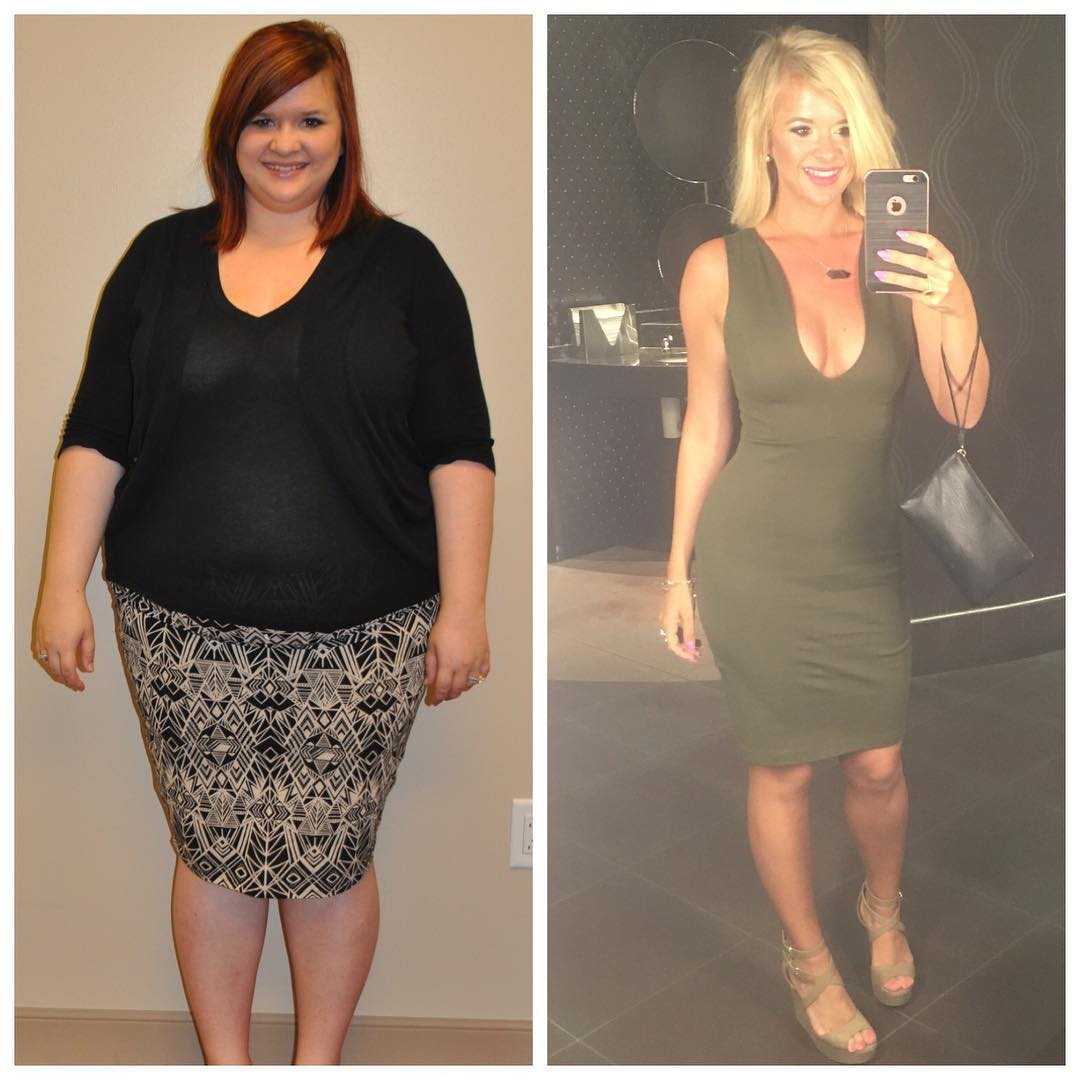 It was in June 2014 when Christine knew she finally had to make a change to start living the life she wants.

“My father begged me to come to the family reunion, and I reluctantly — because of my weight — agreed to go. I walked in and went to say hello to my uncle, Bruce. He literally made eye contact with me, and continued to walk past me. It was as if he had never seen me in his life. It was mortifying. I had eaten myself into an unrecognizable state.”

From that point, Christine tried hard to lose weight the traditional way, but with her depression and lack of support, she found it too difficult and the constant set backs and failures only made things worse. 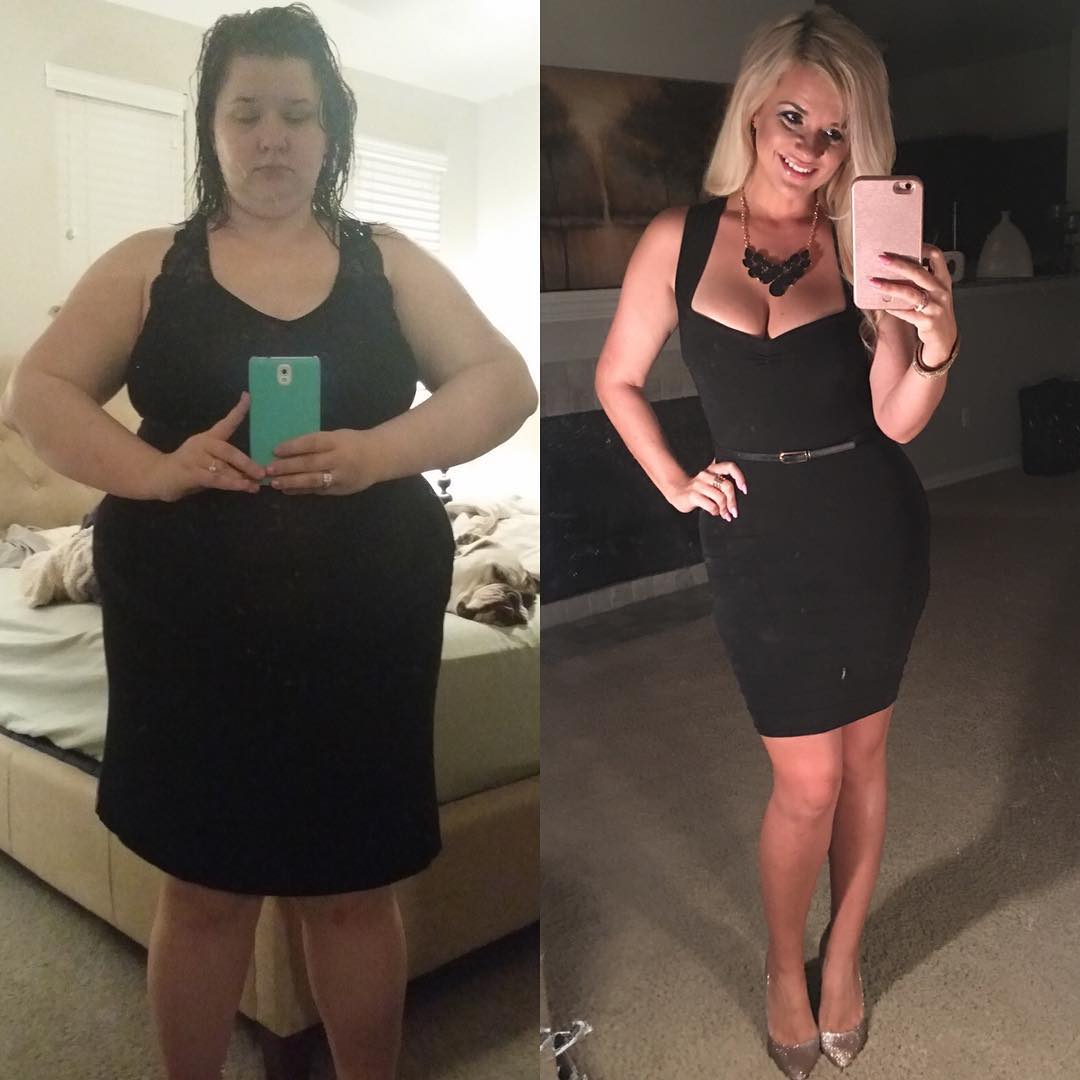 It was around this time a co-worker underwent gastric sleeve surgery and started to make amazing progress, so Christine made an appointment with the same doctor and hoped to achieve the same results.

Gastric sleeve surgery is a process that makes the stomach much smaller, which in turn helps people to lose weight, since they’re feeling full after eating a lot less and are now sustained with much lower quantities of food. 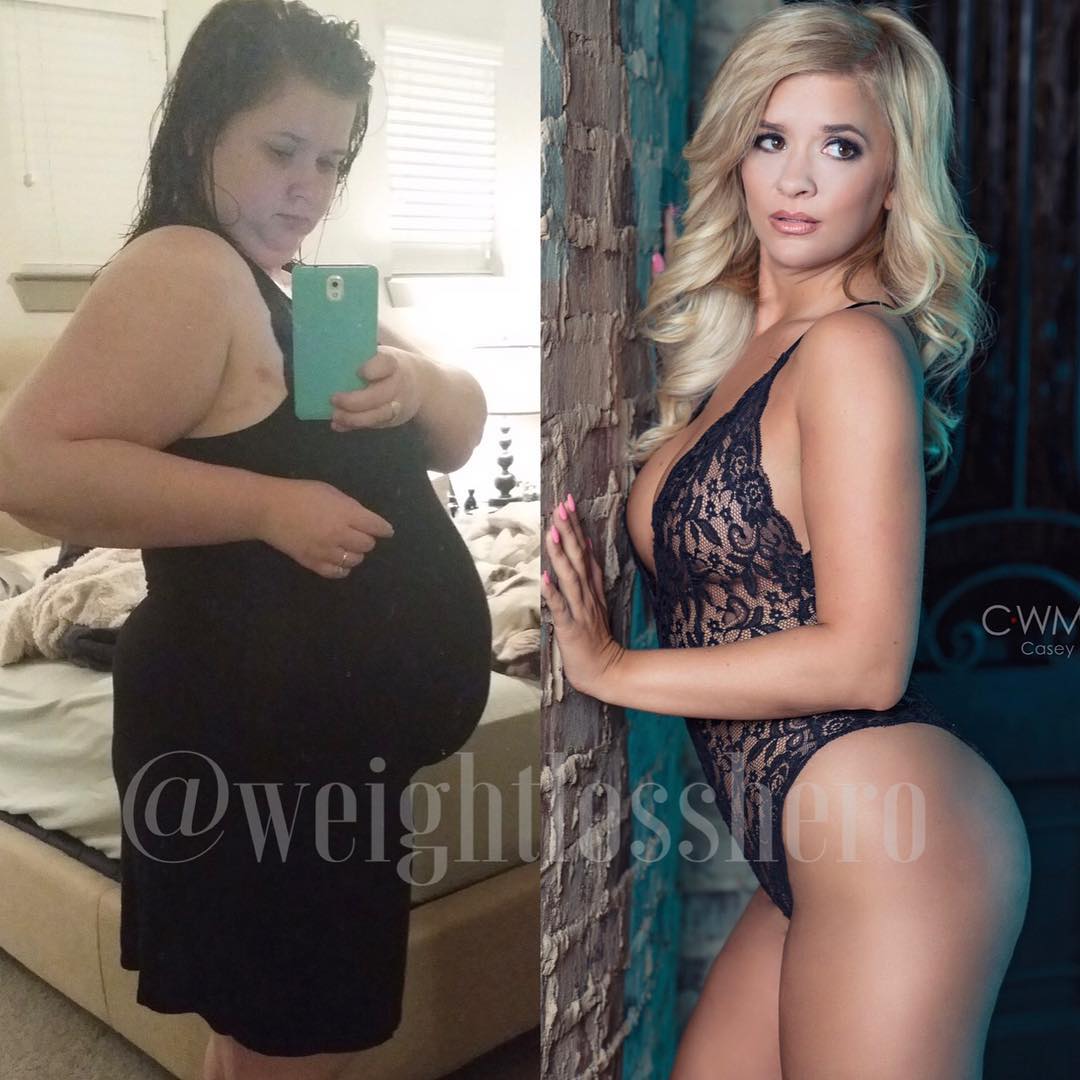 While Christine had good, initial success after the surgery, losing 60 pounds, without the appropriate lifestyle changes, the weight started to creep up and after the initial weight loss, she gained ten pounds back in a month.

“At that point I realized, I needed to take my life to the next level. I saw myself on a billboard for weight loss surgery failures.”

It was after this that Christine took her training and fitness even more seriously, after seeing gastric bypass surgery for what it is.

“I realized I was going to fail again if I didn’t fix my mindset. I realized that the surgery was only a tool and you can still ‘out eat’ it.” 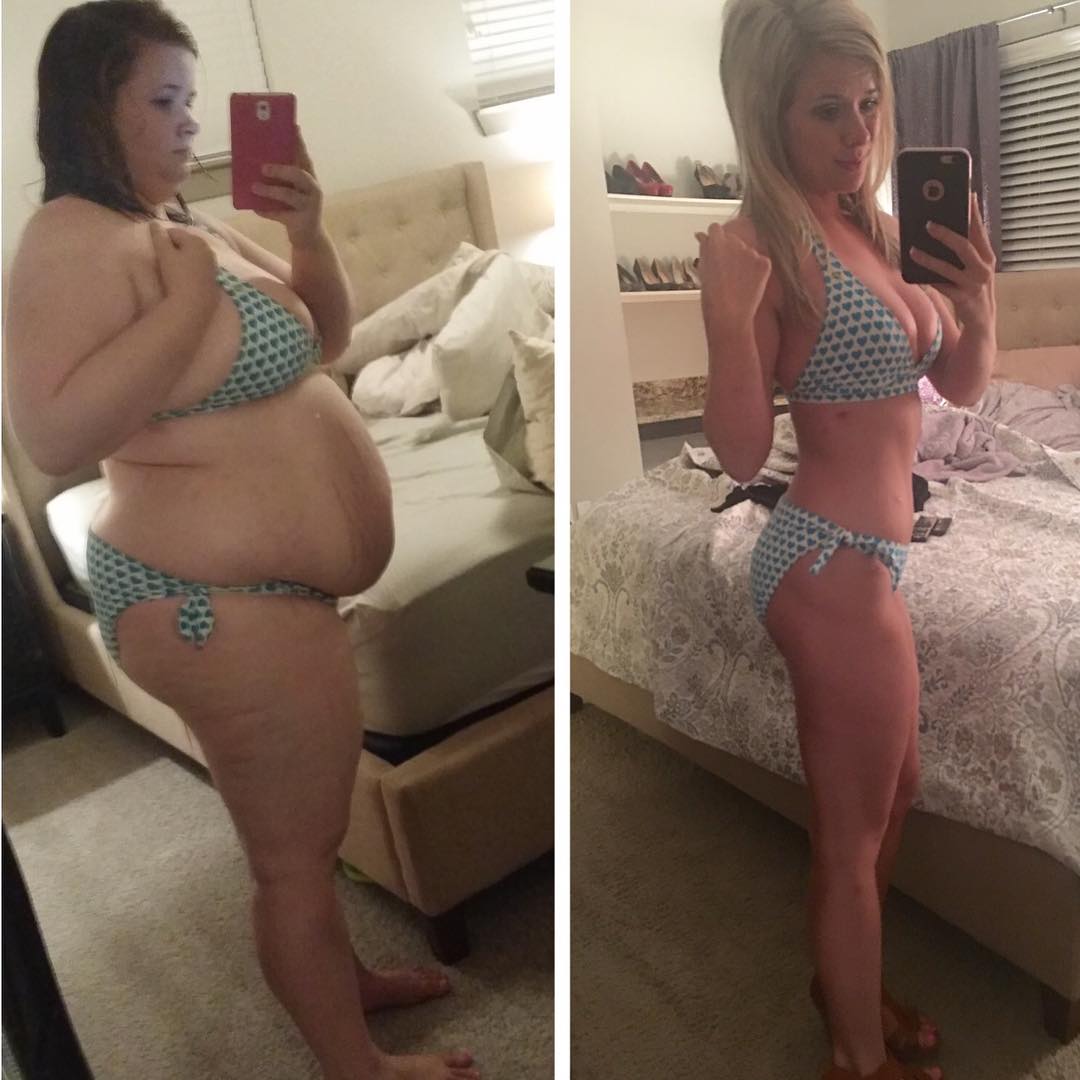 In May 2015, Carter hired a personal trainer and started to fix her bad eating habits, while also working on some personal issues that were preventing her from making those changes and the results were amazing!

“I didn’t miss a single workout and I didn’t have a single cheat meal, and I lost another 90 pounds by November. I found a trainer who helped me realize the psychological changes that were needed in order for me to see an ultimate transformation.”

“I began making small commitments to myself and sticking to them. This slowly helped me feel more confident about my life. The more confidence I gained, the more successful I became.” 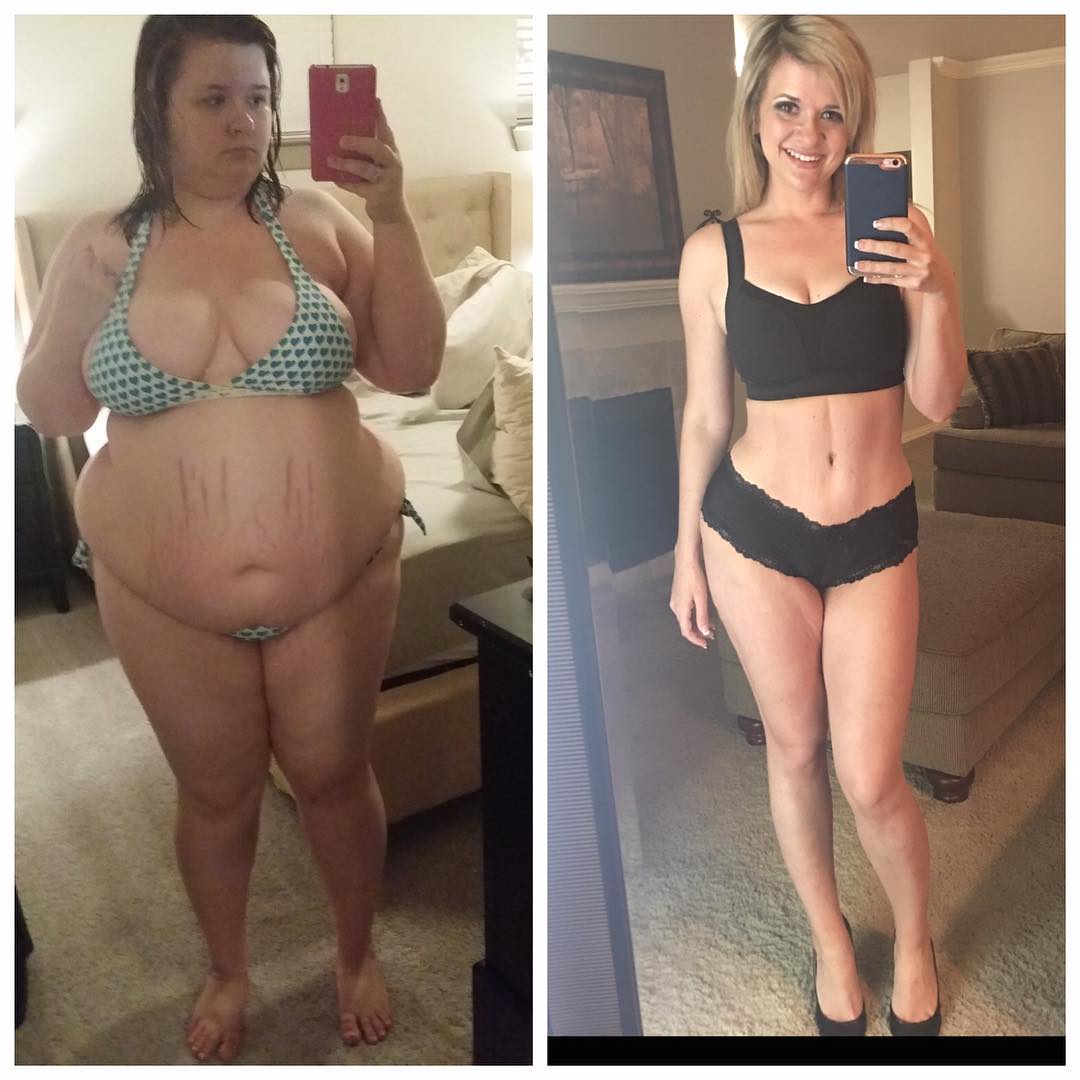 Christine worked out for over an hour everyday. These workouts consisted of cardio and weight training. She knew if she overwhelmed herself with too much too soon, she would revert back to her old ways, so she stuck with a simple plan and followed it religiously.

“I’ll be honest, working out isn’t my favourite thing in the world to do but I am faithful and consistent.”

Christine also switched up her diet and now follows a Ketogenic plan, were you eat foods and meals high in fat and protein and very low in carbs. Since Christine couldn’t cook at the start, she began by finding healthy pre-made meals and cut out sweets and other sugary items until she reached her weight-loss goal. 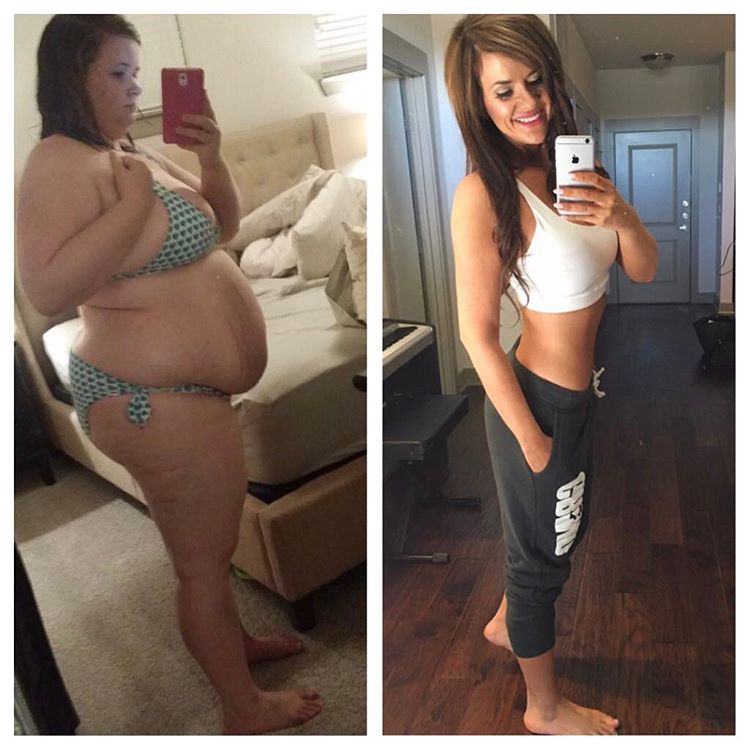 You can also check out Christine’s recipe page here: @dyljourney_foods for more ideas and insights into what she eats in a typical day.

“Life is different now. I have so many things I want to share with people who want to lose weight but people should pick one bad habit and fix that one thing. By committing even to this one tiny thing, it begins to build confidence and trust in yourself that you can and you will do what you say you are going to do. Learn to love the struggle, and the results will come.” 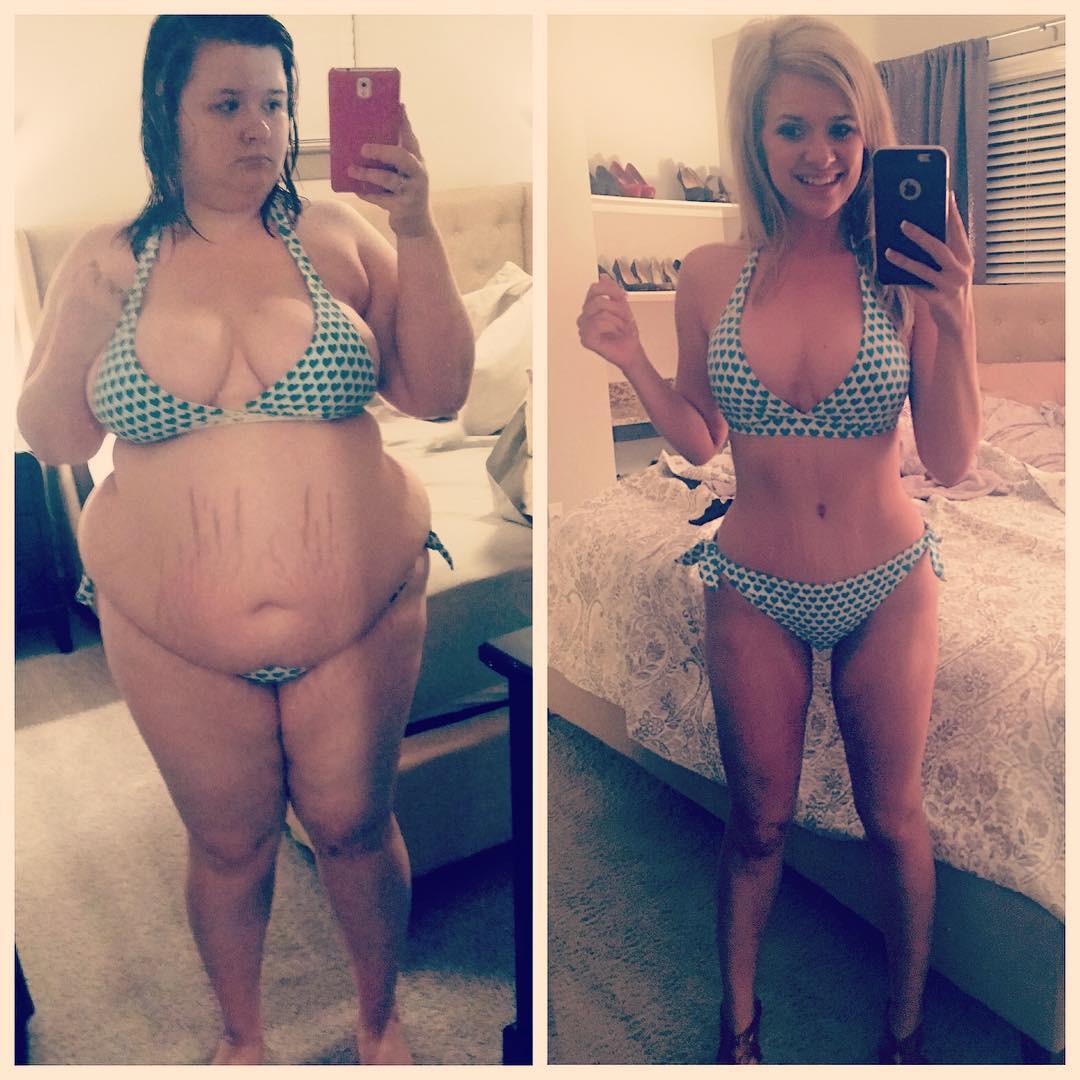 In November 2015, after losing over 150 pounds, Christine scheduled a tummy tuck and breast lift to deal with the excess skin on her body. While she was much slimmer on the scale, in the mirror, she still wasn’t happy with how she looked.

“I gained a lot of weight in my abdomen, and worked really hard to save up money for the surgery. I’m young and I wanted to look like I did before, but I could have lived with the extra skin — thinking about it shouldn’t stand in the way of your weight loss.” 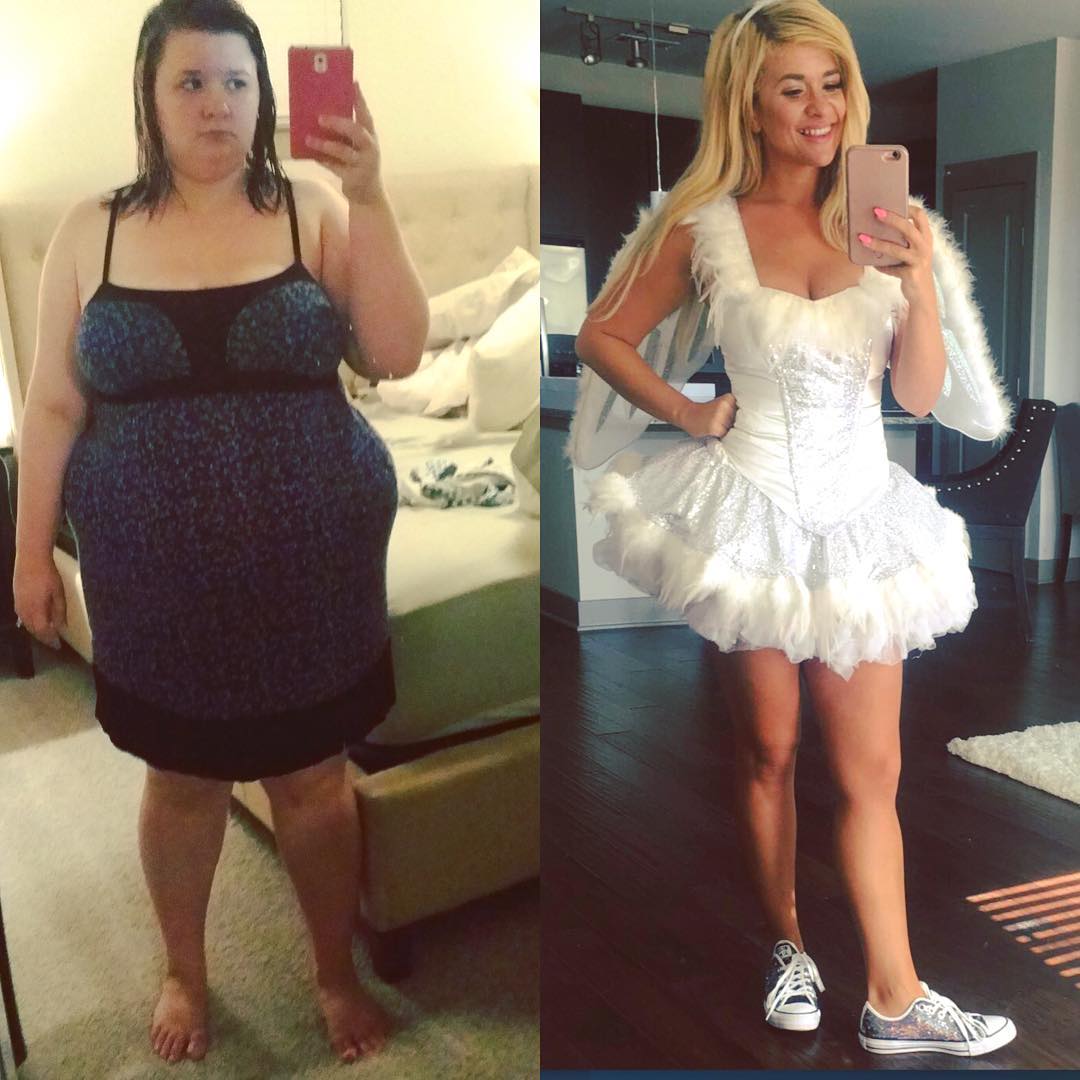 “The biggest change I’ve experienced is above my shoulders. Everything was a problem before: I was insecure and had poor habits. I feel like a cloud has been lifted. I’m confident. Life is different now.”

“It’s quite incredible, really. When I have those moments that I feel maybe I don’t look as good as I want to, I pull up my ‘before’ pictures and remind myself of how far I’ve come.” 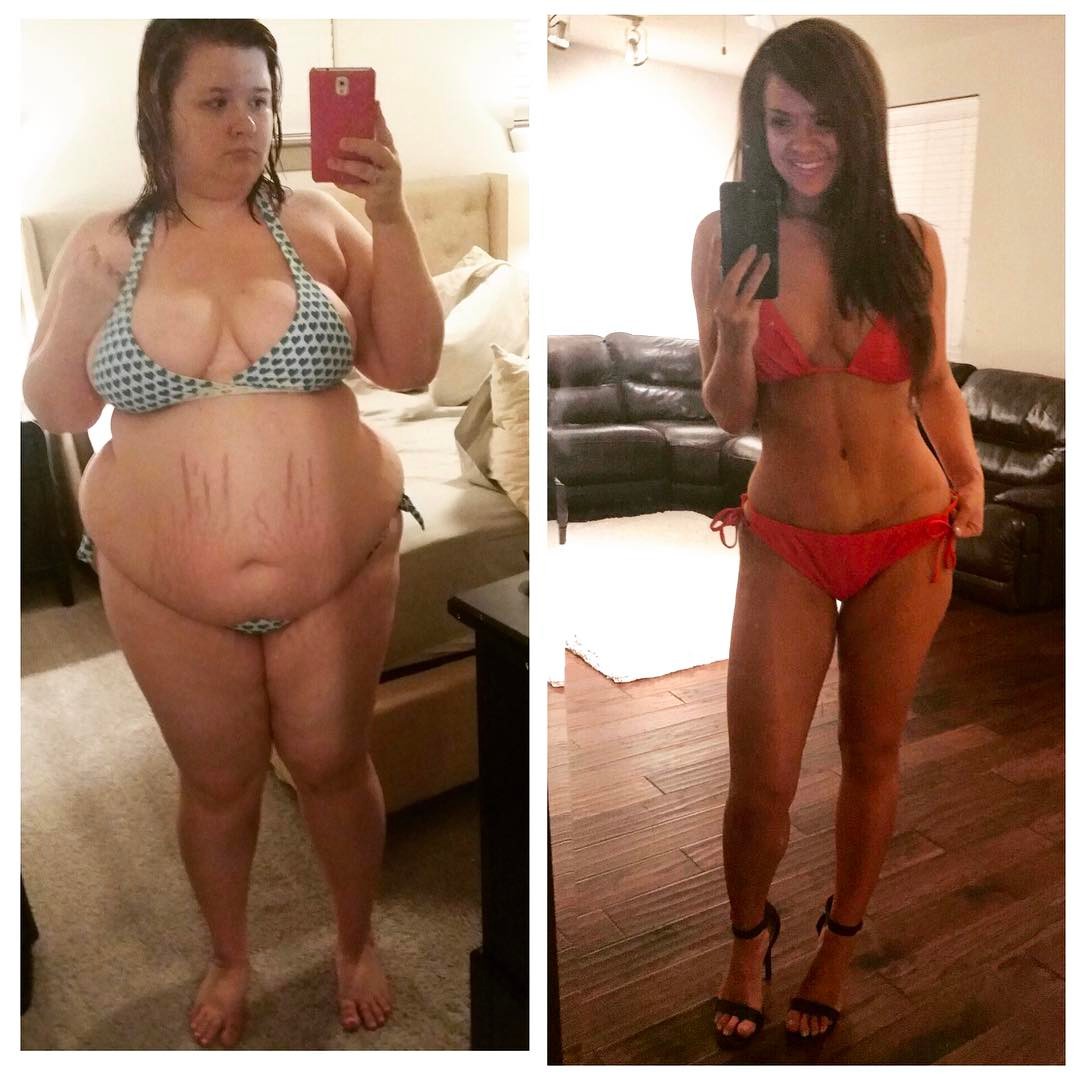 ‘It’s as if I’ve never seen her before. I don’t remember being that way, and I sure as hell will never return. I am happier now than I have ever been in my entire life.”

Christine uses her before photos to inspire her almost 175,000 followers on Instagram, revealing that seeing her followers succeed now makes her happier than anything else.

“I remember how transformation images would give me hope, and I wanted to inspire other people. I started with 50 followers and it’s just grown rapidly. My biggest joy now comes from helping others transform the way I did.” 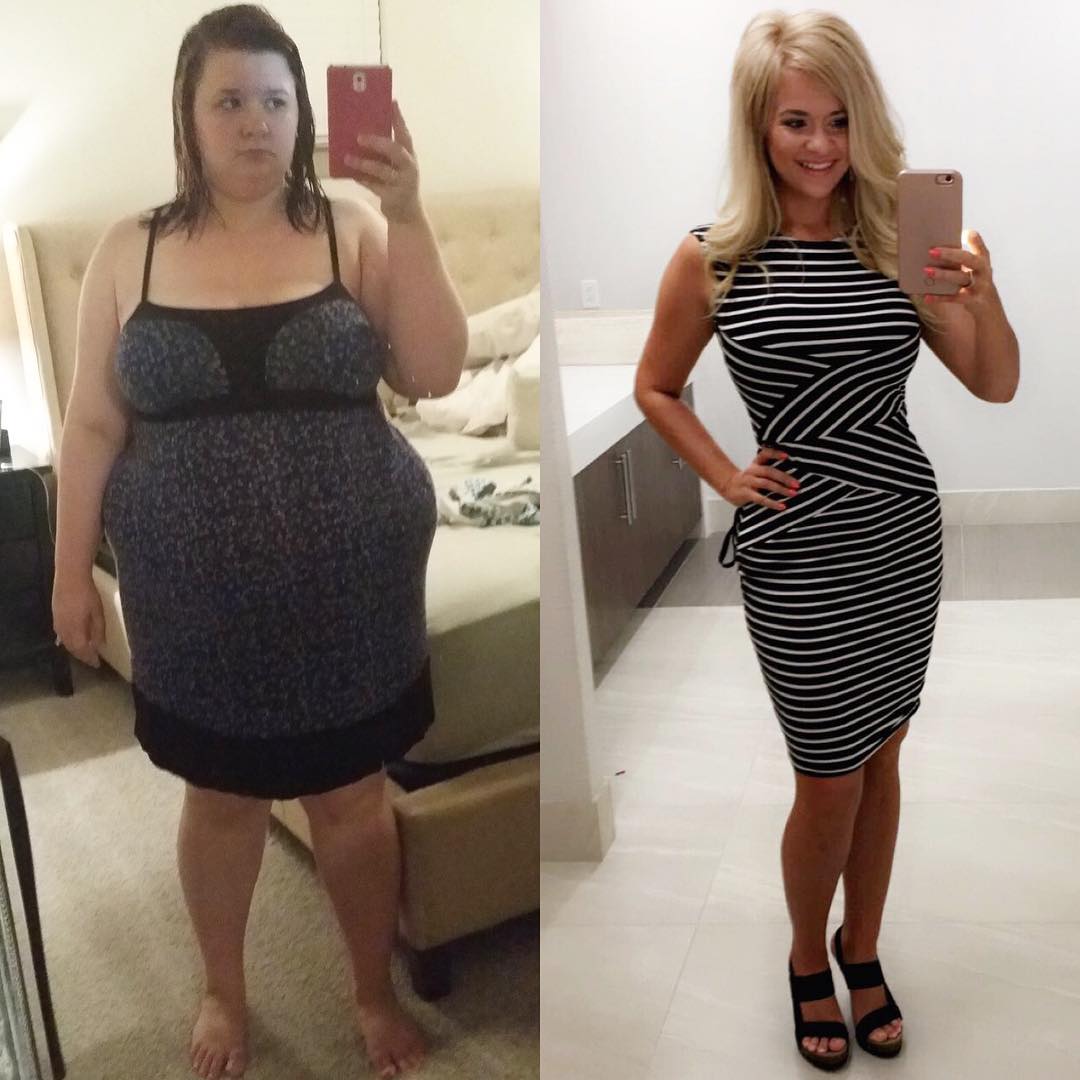 “The makings of a solid Monday morning. Protein, fat, and caffeine”