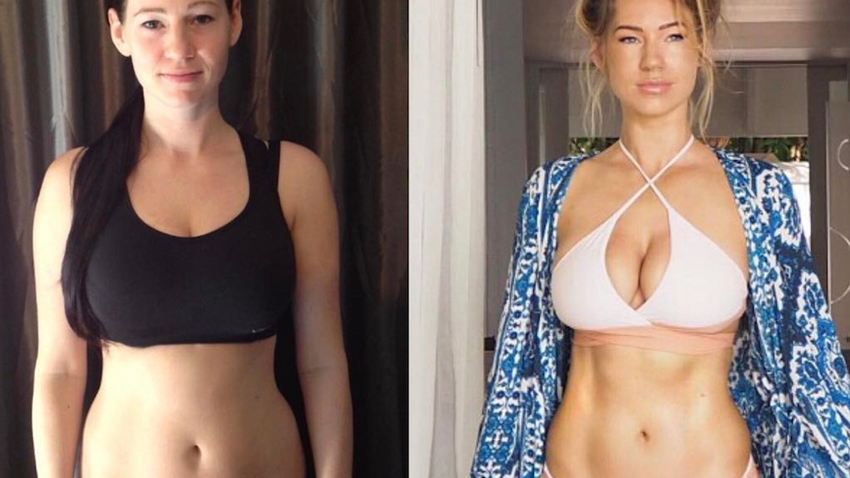 Anna Victoria has become one of the top fitness influencers on the internet today, with a staggering 1.3 Million followers on her Instagram account. Countless people have downloaded her Fit Body Guides and Meal Plans which help people change the way they live their lives.

With her sculpted frame and seemingly endless knowledge in regards to healthy eating and exercise, you would think Anna had dedicated her whole life to this, however in her early 20’s, she ate fast food for almost every meal.

“With a single father, I was left to cook for myself. I’d reach for whatever was microwaveable or pre-packaged, and as soon as I could drive, I’d head to the drive-thru. I grew up eating junk food” 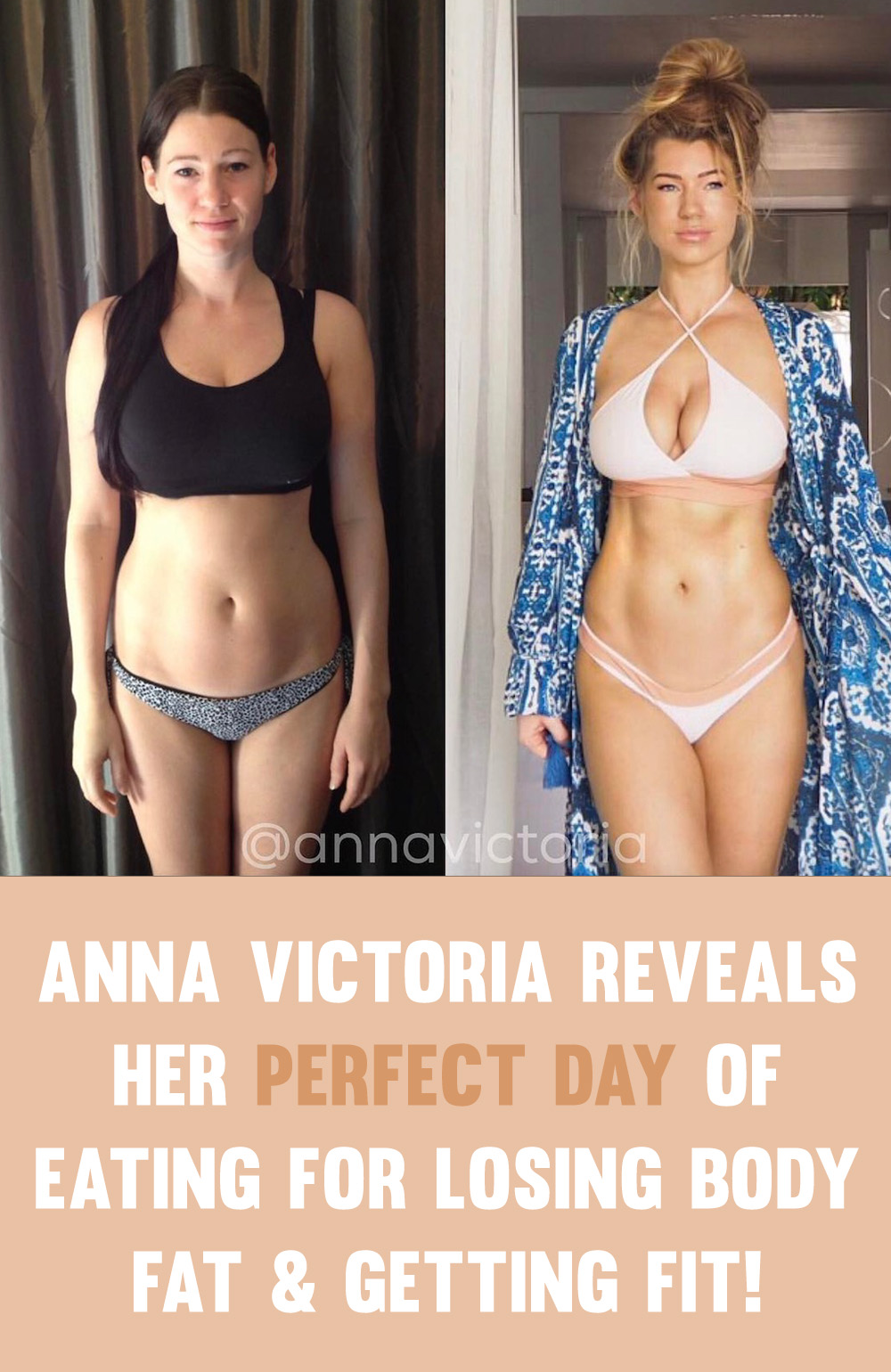 Anna has since changed her ways and while still maintaining a balanced lifestyle, enjoying the foods she loves regularly, she still eats healthily the rest of the time and works out intensely.

She shared her perfect day of eating with BAZAAR, detailing out every meal, snack and drink, and explains why she makes the choices she does. See what you can learn from her diet philosophy and how you can incorporate it into your own weight loss strategy. 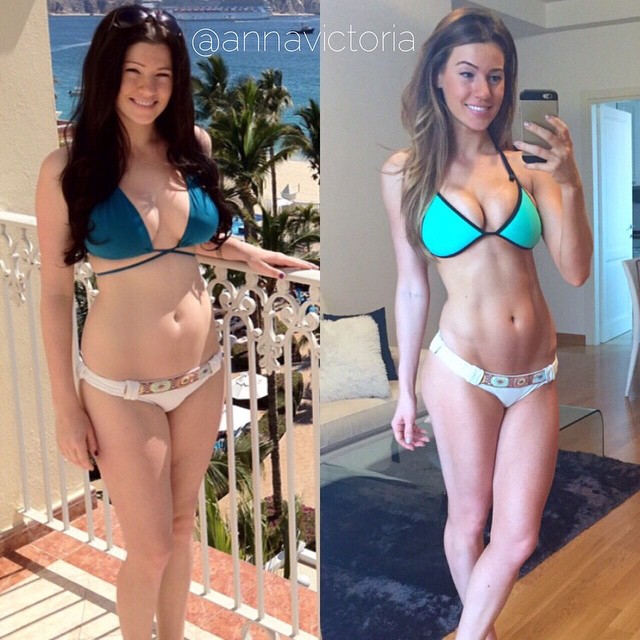 Breakfast: “I always have four eggs scrambled. This something I’m used to getting a lot of bad reactions from because in Italy, they think that eggs are the devil. When I tell people I eat four eggs, they’re like, “Are you okay? Do you need to go to the doctor?” But it’s an old science belief that they’re not good for you. So I have four eggs, oatmeal with cinnamon and blueberries or goji berries. Eggs can get boring, so I put veggies in them—asparagus, zucchini and tomato. That’s my breakfast pretty much every day. In my meal plan, it’s different, but I’m a creature of habit and I just like the same routine every day.”

First Snack: “If I haven’t worked out, I’ll have a whole wheat wrap with turkey or some form of protein and veggies. If I have, I’ll have a protein shake or an apple.”

Lunch: “Lunch is always a tuna pesto salad. It’s actually in my meal plan, but it’s a creation from Italy that I had at a restaurant and it’s so good. And I’ll put in carrots, tomatoes and olives.”

Second Snack: “Again, depending on if I had worked out or not, I usually have a protein shake. I think they’re totally okay, but the majority of your protein intake should come from natural food sources, so I usually keep it to two.” 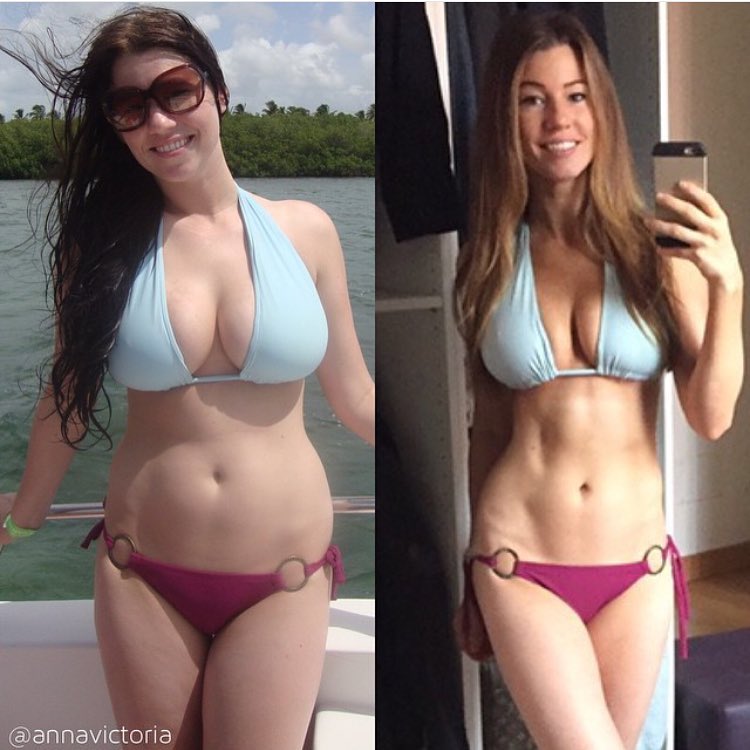 Dinner: “Luca [her fiancé] and I normally have grilled chicken. It’s amazing how different and how much better chicken tastes when you grill it instead of cooking it on the stove. Luca is actually the cook in the family, so he’ll create a sauce or something out of balsamic vinegar and lemon, or something like that, and then just veggies and sweet potato. I love sweet potato.”

Dessert: “Before bed, I eat Greek yogurt with either blueberries or pineapple. I used to hate greek yogurt because it’s a bit bitter and I was so used to sugar, but your tastebuds change and you get used to it.”

What does Anna drink?

Coffee? “I’m not a coffee drinker actually…or tea. I just drink a lot of water. A lot. Probably about 4 liters everyday, I pretty much live in the bathroom.”

Wine? “Stick to two drinks a week. If you have more than that on a weekend, just make sure you’re drinking a full glass of water in between each one.” 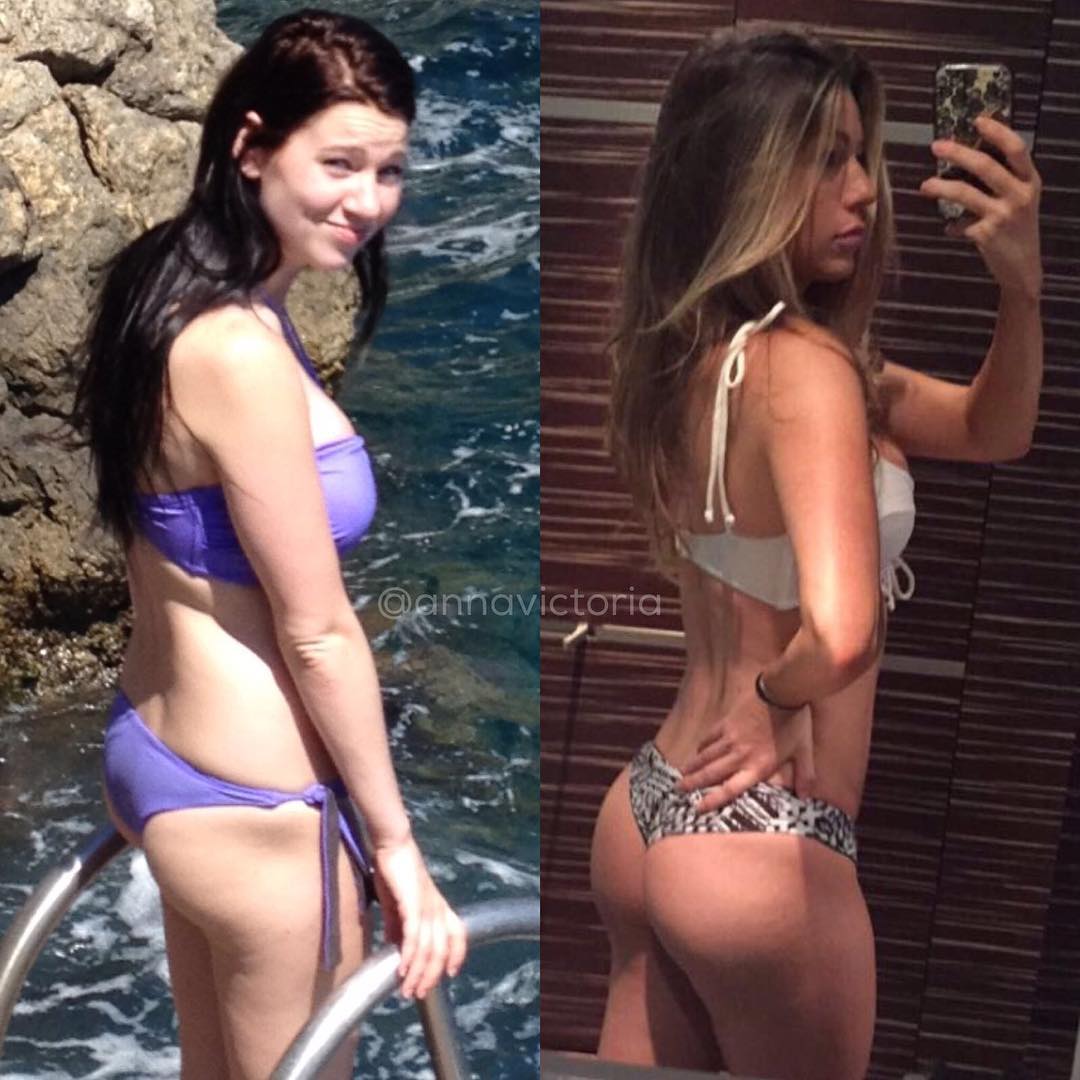