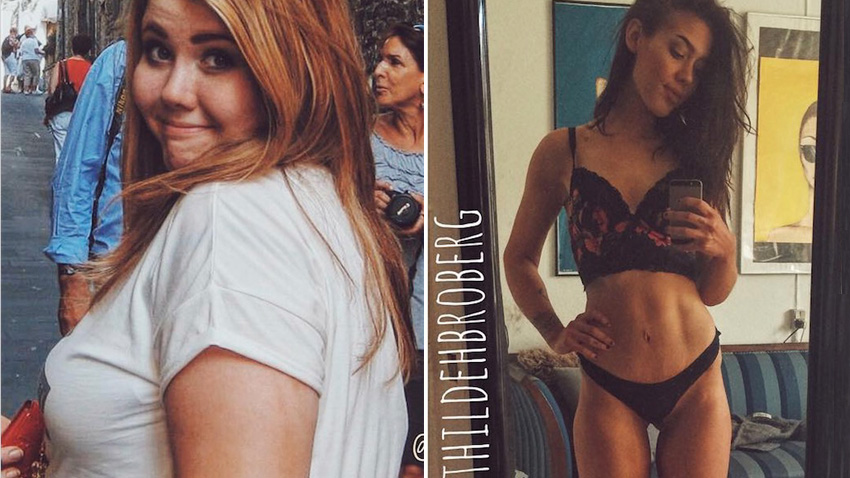 “Of course I was happy before, but not “real” happy. I was insecure and I felt bad about the way I looked, I really just wanted to be like my other 15 year old friends, to run around, act crazy and all that. Things that felt impossible for me. It was literally hard as hell to function as a normal sized teenager when you are twice their size.

Losing weight has given me a second chance in life. Everything is much easier and much more pleasant than it was before. How bad do you want a good life? Where things are easy and you don’t have to overthink every little move you’re making? It IS possible! And trust me; after being overweight/obese my entire life I never thought that I would be able to lose half my bodyweight! It feels absolutely amazing and it’s absolutely the best decision I’ve ever made.

I don’t have a recipe or formula for how exactly I did it! No special diets, definitely no skinny teas/fat burning pills, no fancy stuff: just by eating LESS (It’s so important to understand the importance of this), eating basic, quality, healthy and home cooked food AND being (much) more active. You are the ONLY one that can make a change! So whats YOUR excuse? It’s your life, and you only have this one! Don’t waste it and don’t ruin it by making excuses. Because there is no excuse for having a good and healthy life!

Check Out & Follow Mathilde Broberg On Her Social Media Here: 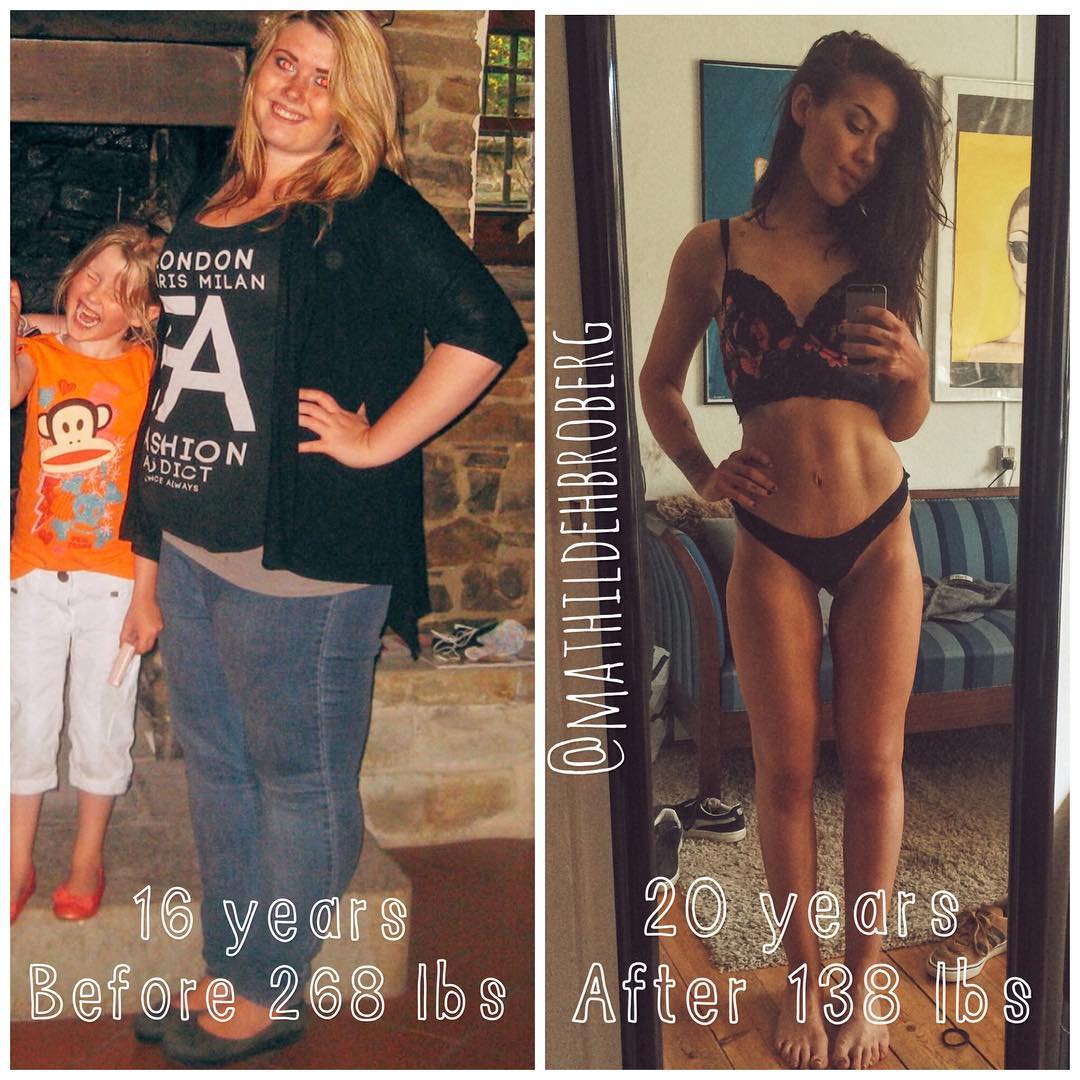 How Did You Put On The Weight?

Well.. I’ve been overweight since I was little, but I became obese around the age of 14. I think it was because of binge eating and general over eating. My friends all bought candy and stuff like that as well, but they weren’t obese, so I just followed the flow.

I was also extremely lazy and I enjoyed doing stuff on my computer such as drawing, watching youtube and stuff like that. So I gained weight pretty quickly by being inactive and overeating. I always knew that it made me fat and that it was extremely unhealthy but I didn’t believe that i’d ever change it. 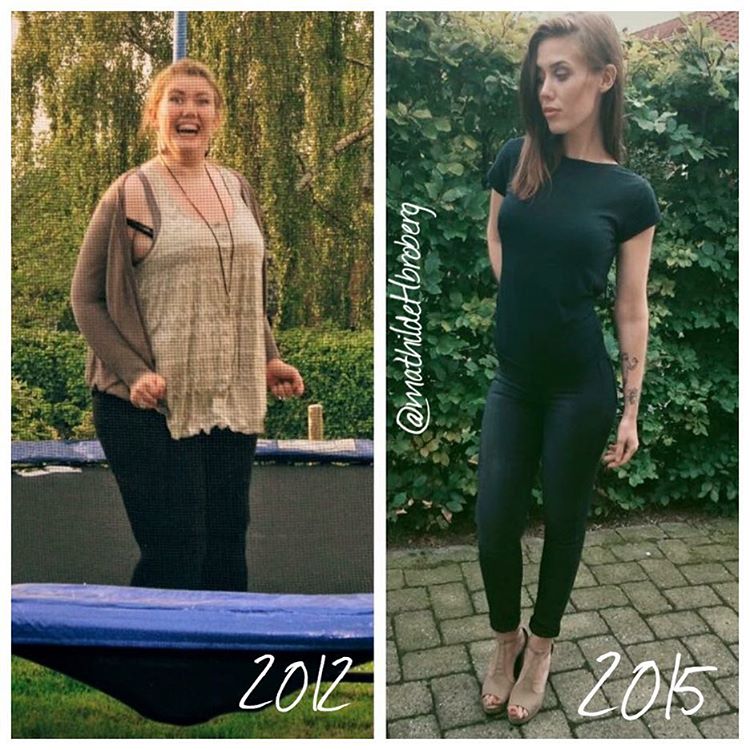 My mom has always made healthy food, so the food I was fed wasn’t the problem. It was the size of my portions and the amount of times I was eating that did it for me. Also, “hide’n’eat” habits. I was hiding food in my room in order for my mom NOT to find out. But I did eat A LOT of chips, cake, candy and so on. The main problem was definitely over-eating.

What Made You Start Getting Healthy?

I had had enough! It was just before college and I KNEW that it would be a living hell if I didn’t do something with my body. So I made a 180 degree turn and started a healthy lifestyle from one day to another, and i’ve never looked back. I really didn’t wanna be fat anymore and I knew that it was up to me if it was going to change. But the answer was, I had had enough. I think you need to hit the bottom before you can start to make major changes. 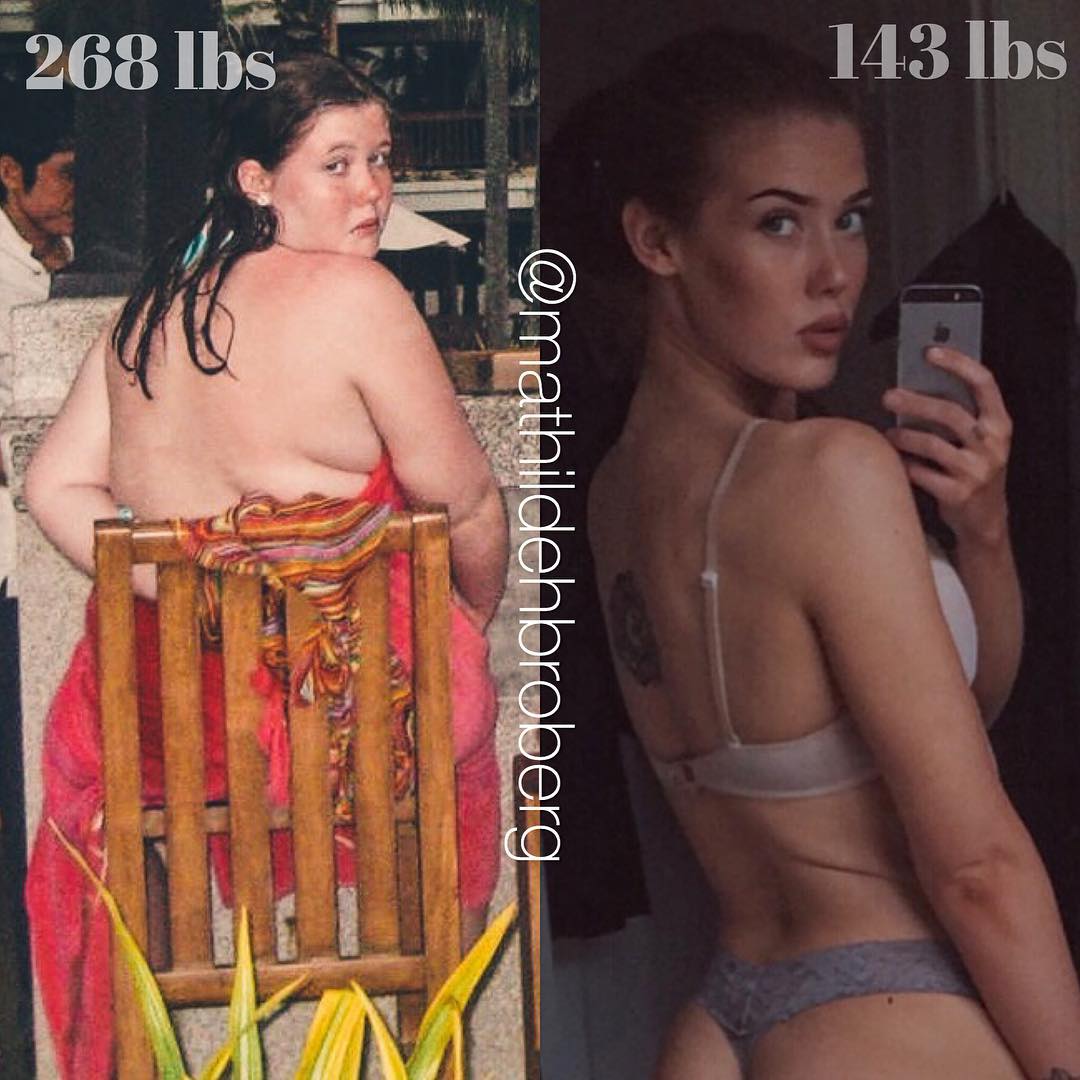 When Did You Start Seeing Results?

After eating healthy, eating A LOT less, cutting out carbs (Bread, pasta etc), avoiding ALL unhealthy stuff and after becoming much more active (walking, dancing around, generally getting out and doing things) for 10 days I could feel a difference. People asked me “Did you lose some weight?” after just 14 days!! But you have to VERY patient with a huge weight loss like mine. You can’t see the results in the mirror, but you can definitely feel a difference in your clothes! I never looked back and i’ve been fighting ever since. The results will all add up! 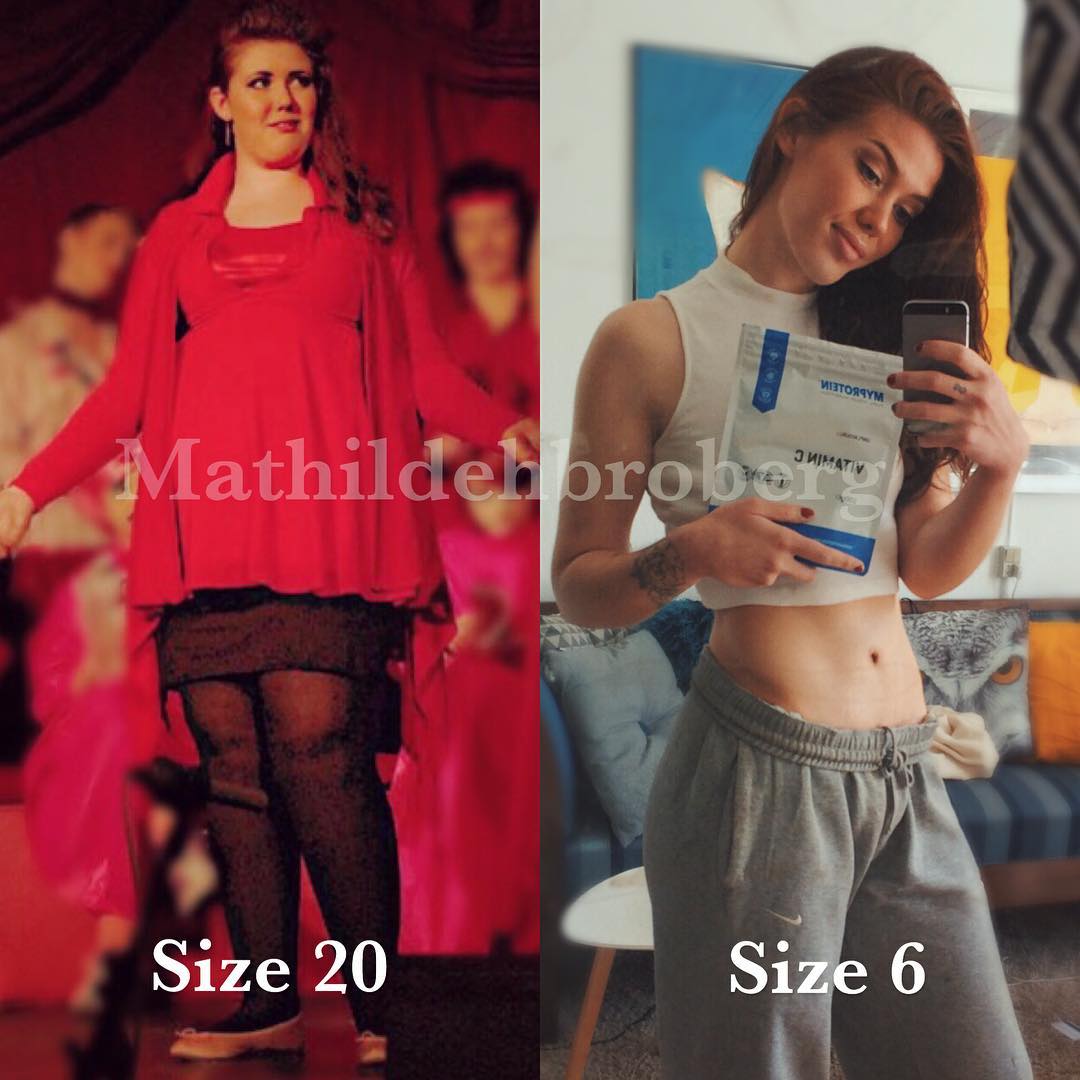 What Small Changes Do You Think Had The Biggest Impact?

Eating less, for sure! Technically, you can eat what ever you want as long as it fits your macros, you should be good to go. It’s also really simple: If you eat LESS calories than you burn you’ll lose weight. But if you don’t track your calories like I didn’t do in the beginning, just eat LESS! Take a small plate and take ONE portion. Also becoming much more active! That made a huge difference as well, but eating less is probably the biggest impact.

How Did You Stay Motivated?

I stayed motivated because of far I was getting. After being obese for a life time it was CRAZY to see and feel the weight dropping off! I looked at before and after pictures to understand that it IS possible. I’ve always been told that I had such a pretty face, but it frustrated me that my body was a mess. I really wanted a body that matched my face – That was motivation enough. 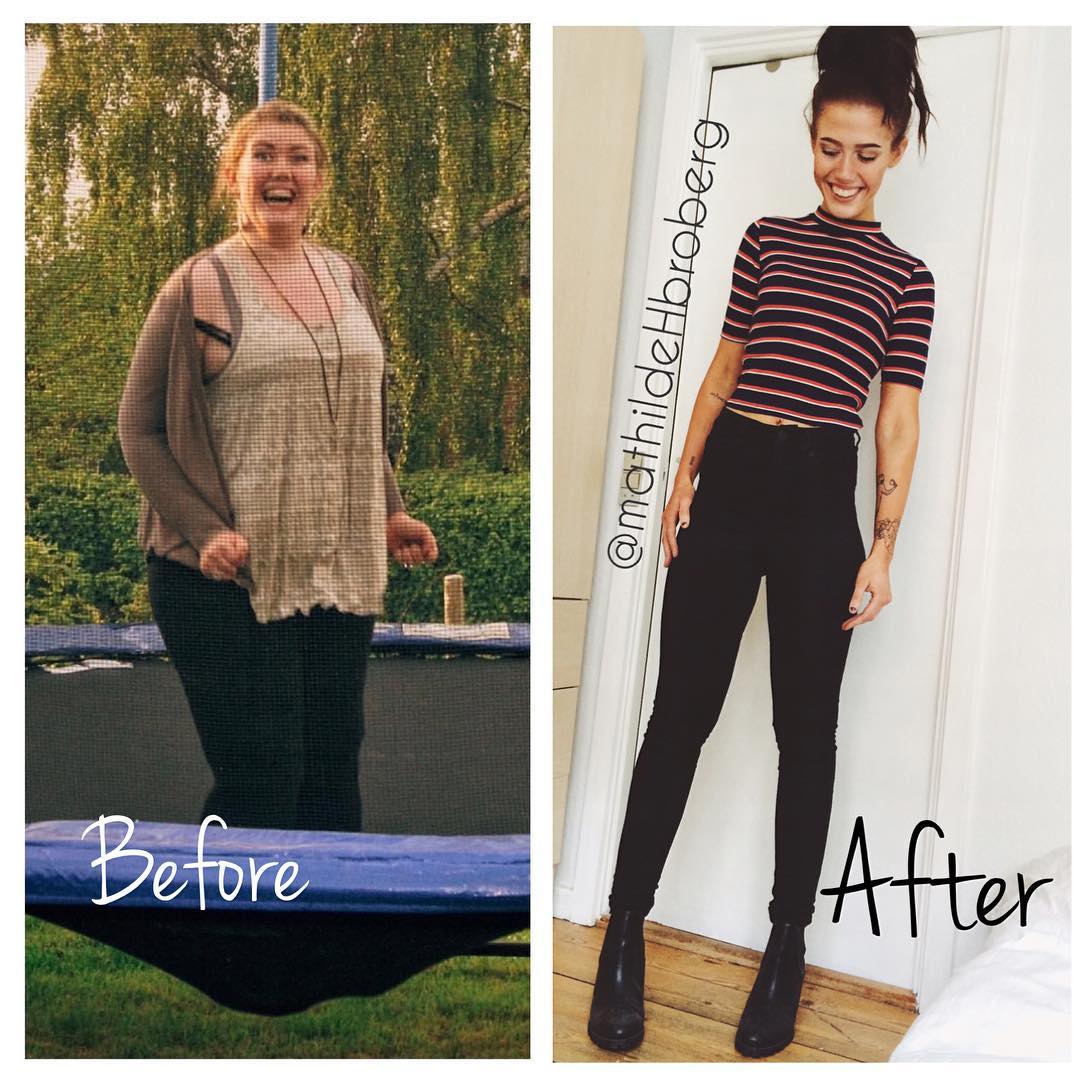 If I could give any advice it would be: Don’t search for motivation FROM other people, find it within yourself. Look at progress pictures and learn from others, but the REAL motivation should come from you.

Were There Any Tough Points On Your Journey?

Of course. But in the beginning I was so motivated that nothing could stop me. After a while I didn’t lose weight as quick as I was in the beginning (Remember that the weight you drop in the beginning is mostly water weight, so it will drop A LOT faster than the rest) So I became a little depressed, but I stayed motivated and started to become even more active by walking around all the time. It was pretty stressfull at some points, so it hasn’t been an easy job at all.

At one point, I also became a little “afraid” of food which caused depression, mood swings and just a bad attitude. Don’t go there, it’s not worth it. Just keep on fighting by eating healthy and staying active because you will reach your goals if you just DON’T give up.

Could You Tell Us About The Surgery You Had After Your Weight Loss?

I had a tummy tuck (abdominal plastic surgery) in Septemper 2015. It was a minor procedure compared to what others get. They removed 26 cm of skin from my belly button to my pelvis, the doctors made a mistake so they didn’t weigh my skin. But they say they’ve removed around 700 grams of skin and fat. I’ve recovered so amazingly well and beyond my wildest expectations. I had it removed because it literally ruined my life. I was 125lbs at this point (and keep in mind that i’m 5’9”) so I couldn’t do anything to tighten up. It is by far the best decision I’ve ever made. People often ask me about the scar; and no, i’m NOT sad about it! I’m so proud of what I have achieved. 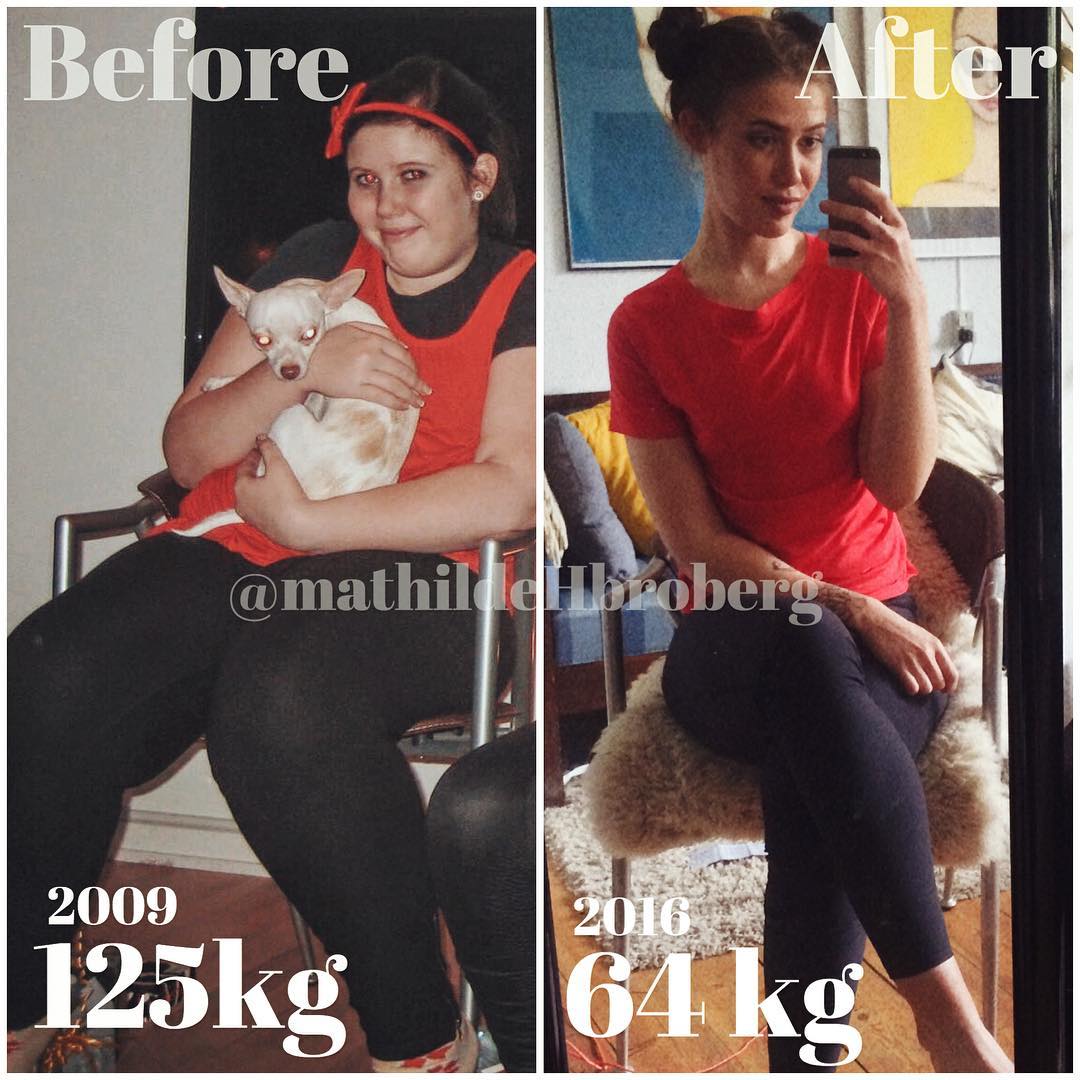 What Advice Would You Give Someone Looking To Lose Weight?

Never give up!! You’ve probably heard that phrase a hundred times before, but its just the most important thing; don’t give up. The results will come but you have to stay patient. Also remember to take pictures of your body (without posing) even though that I KNOW its hard. I’m so sad that I didn’t do that, but I didn’t do it because I was too ashamed to look at the pictures, because I didn’t think i’d ever lose weight. But I did. And so can you. But for your own good; take some goddamn pictures, haha 🙂 Take one day at a time and set small goals for yourself. And of course, never look back! 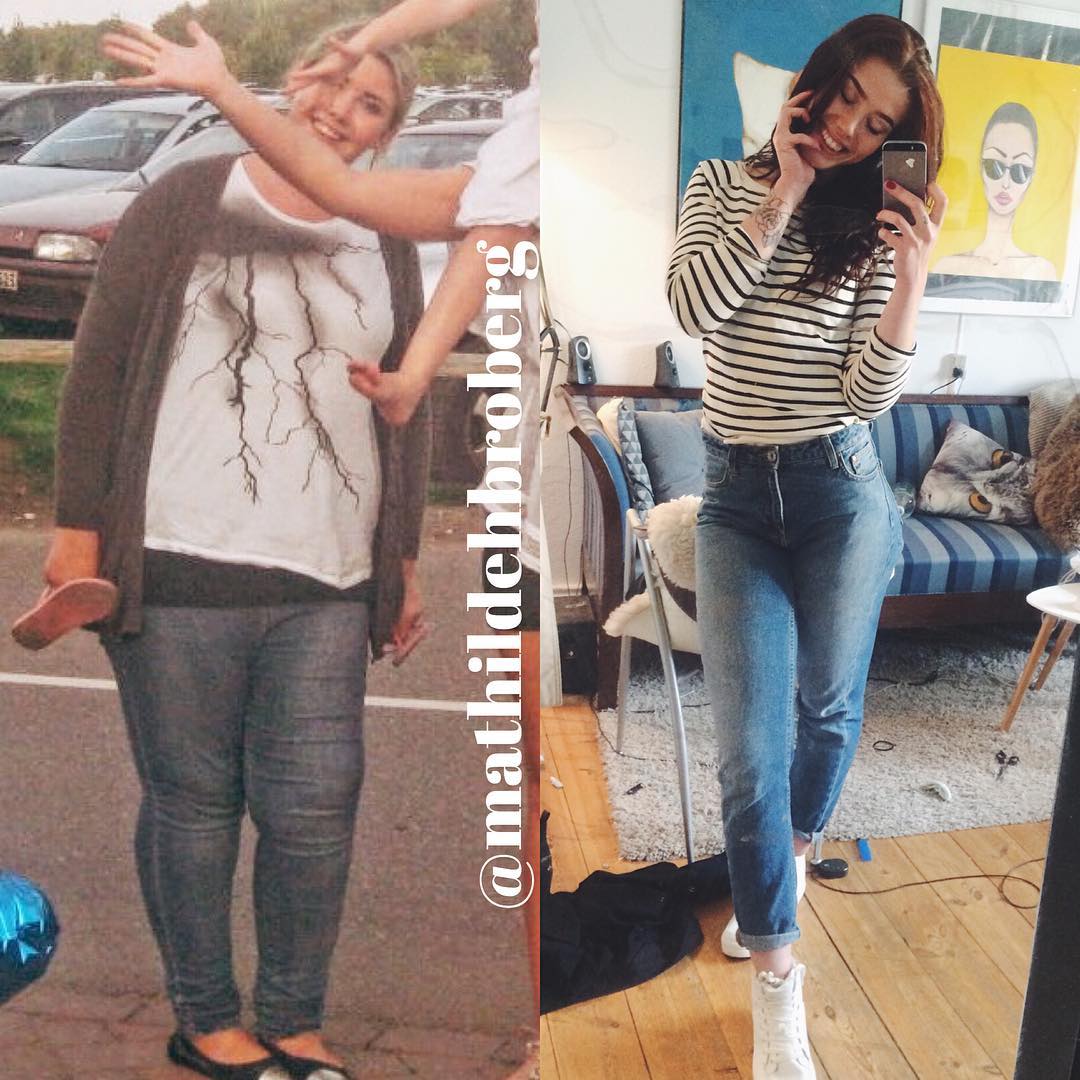 What Are Your Favourite Healthy Weight Loss Recipes?

Good question! Because there is endless of options – but I’m always down for fluffy cottage cheese pancakes. So healthy and so simple. And of course grilled veggies and fresh fruit. Oh, and protein – in every shape and size. Did I mention that I love low fat greek yoghurt? Or ‘Skyr’ that we eat in Denmark? As you can see I simply love food, haha, so I don’t really have any specific favorite 😉 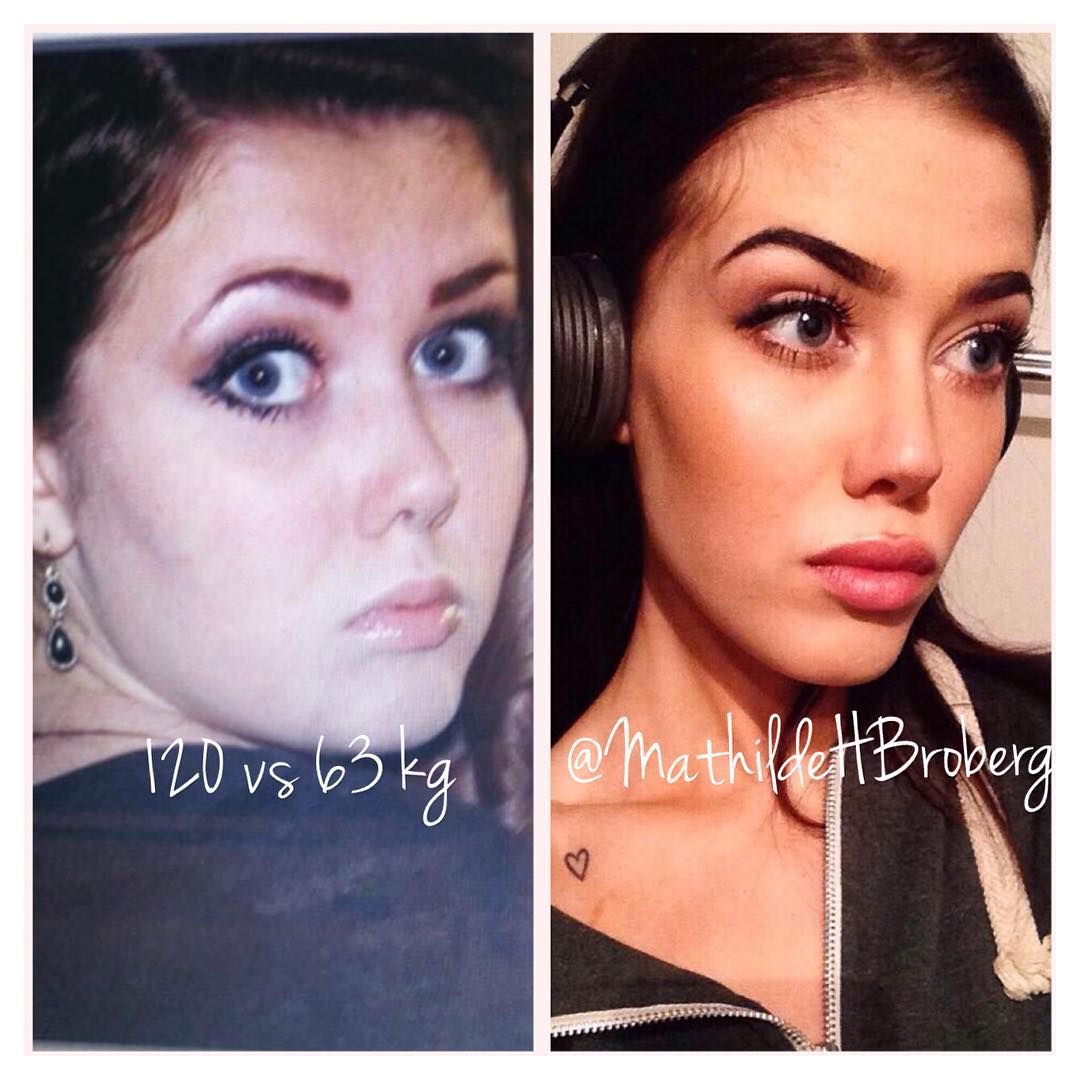 How Does It Feel After Completing Such An Amazing Transformation & Inspiring So Many People On Your Social Media?

I can’t describe the feeling I get inside!! It’s absolutely amazing to inspire so many people, because now that I’ve reached my goal, its my aim to help those who might still be stuck or needs help. I wish I could reach even more people internationally, not to sound boastful or anything, but I write very good and helpful captions in all of my IG posts. I really hope people read it because that’s where all the true magic happens 😉 Haha, just kidding – but I love what I have achieved on social media! Currently i’m studying to become a certificated personal trainer and weightloss coach. So soon I’ll be able to make professional online personal training with my IG fam worldwide, so exciting!!