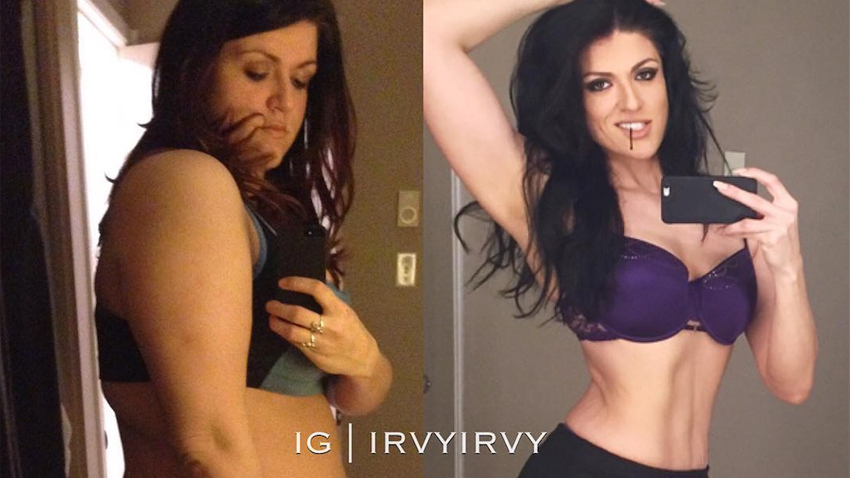 Irvy had been yo-yo dieting pretty much her whole life, losing over 100 pounds before gaining it all back again and then some!

It took for an unsuccessful Youtube experiment to get Irvy to realise true motivation and willpower comes from within and if she wanted to make a change, it had to be for herself.

From that time, Irvy has successful lost and kept off 130 pounds and has no plans to go back to her old ways! 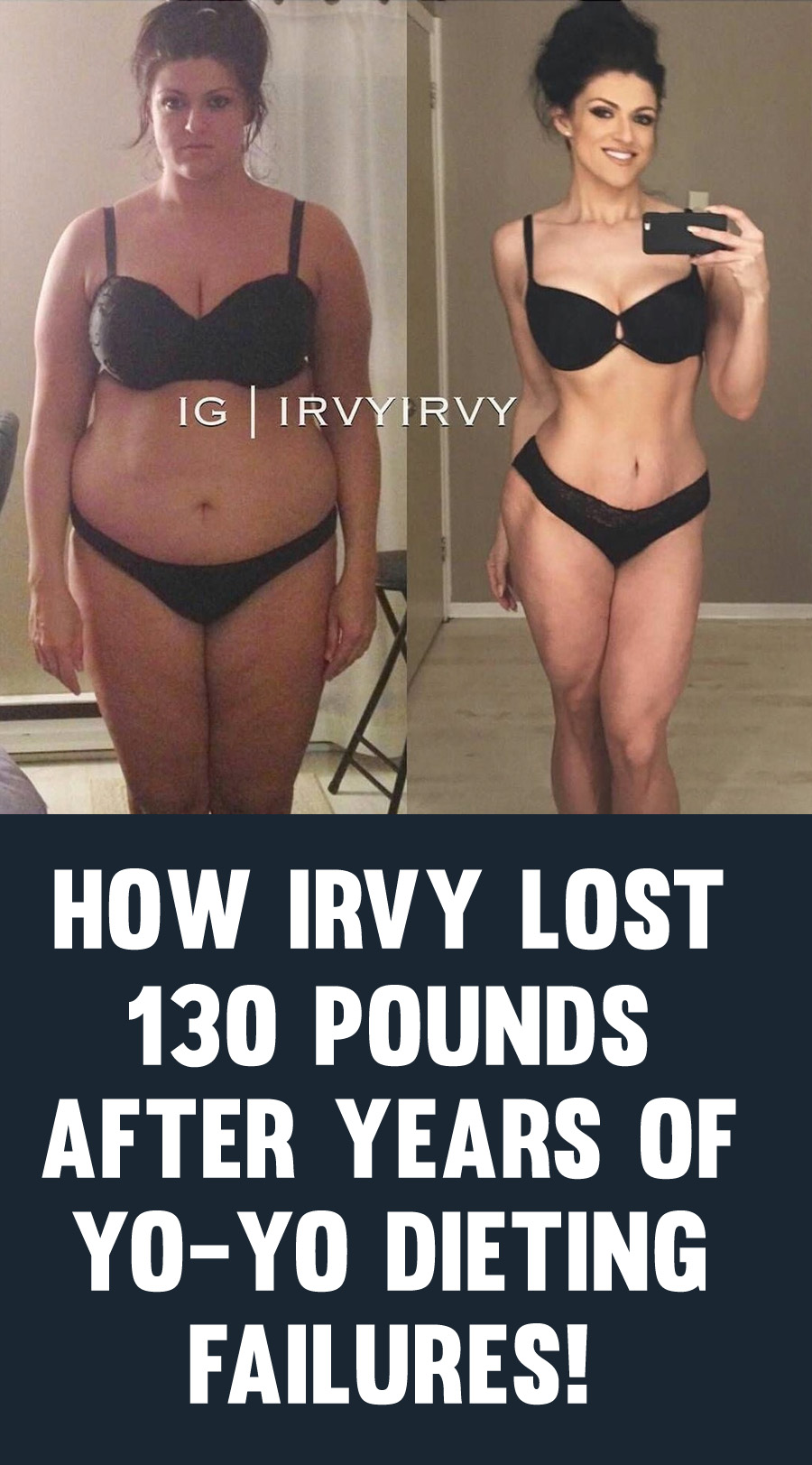 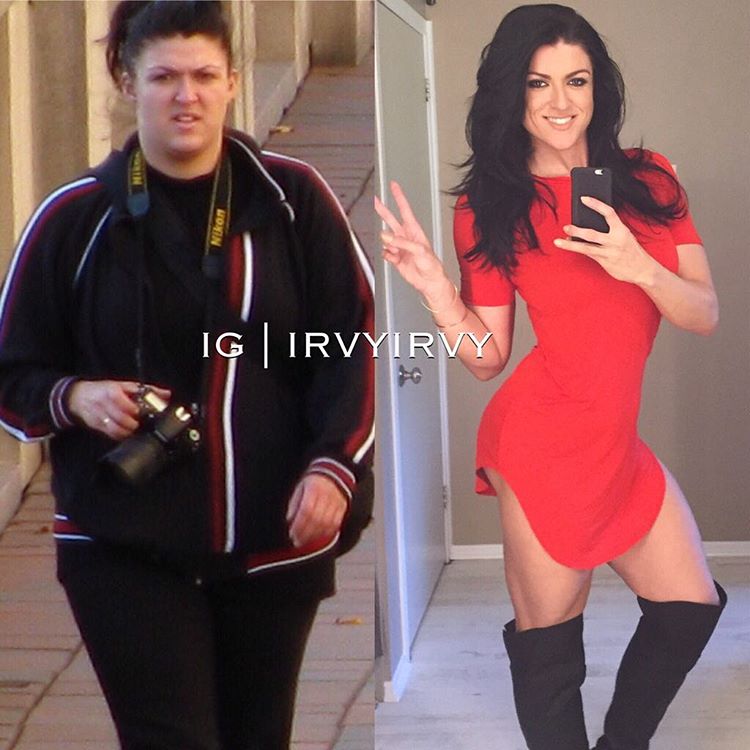 Irvy has struggled with her weight for a long time. It first began when she started high school.

“I started to pack on serious pounds and ultimately reached my highest weight of 310 pounds.”

After graduation, she put in the effort to change her ways and even managed to lose 135 pounds, but eventually she gained most of it back. 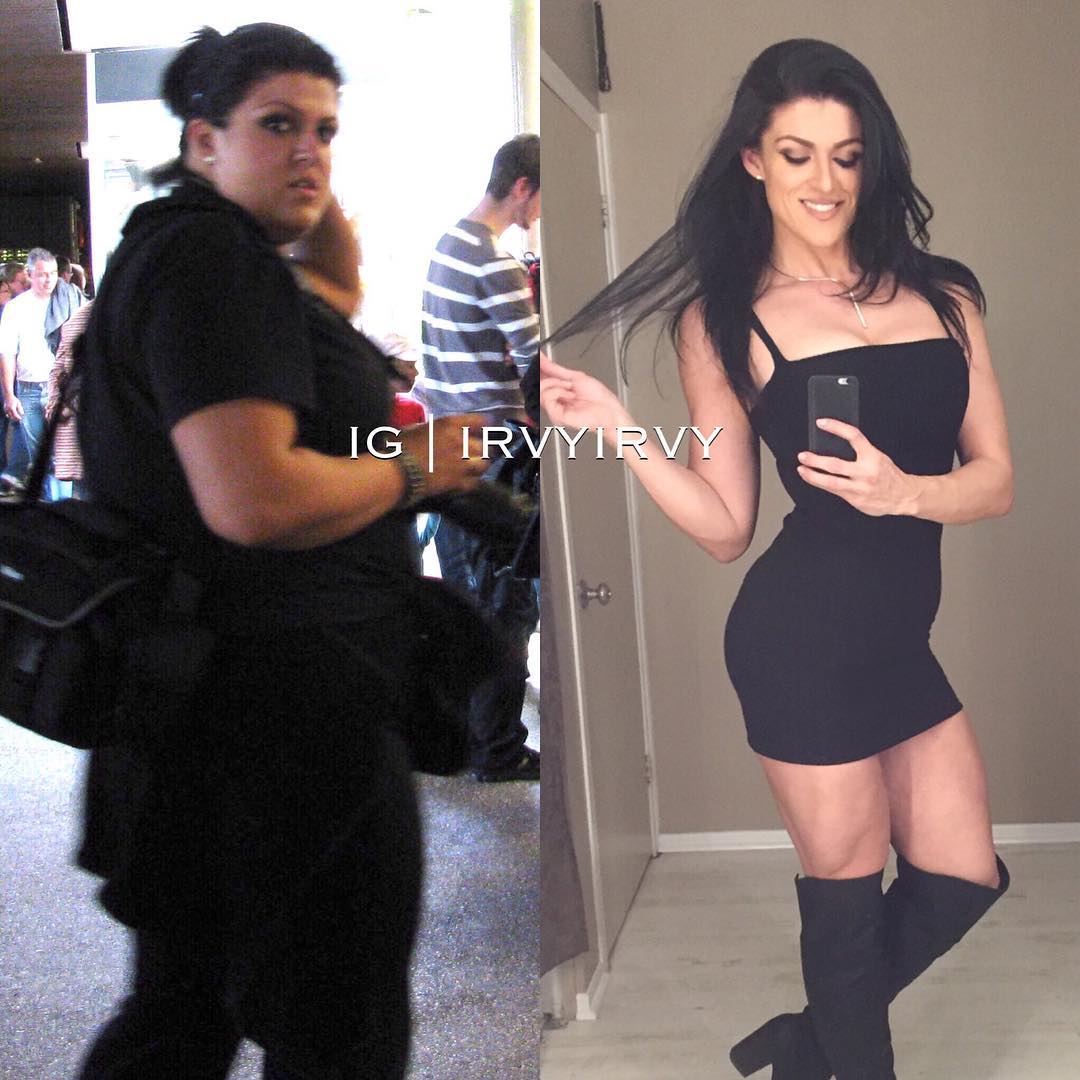 For the next decade, Irvy yo-yoed in her weight. It wasn’t till 2015 that she made a conscious decision to change her life once and for all.

Since that time, Irvy has yoyo dieted, losing almost 140 pounds, before gaining it all back again. Never being able to hold on to her progress and slipping back into her old ways. It all changed for the last time in 2015.

“Every aspect of my life was falling apart: friendships, relationship, career path. I was extremely depressed and at the end of my rope. In what I refer to as my zero-hour, I had a light-bulb moment where I realized instead of trying to control or change my external circumstances I needed to change myself.” 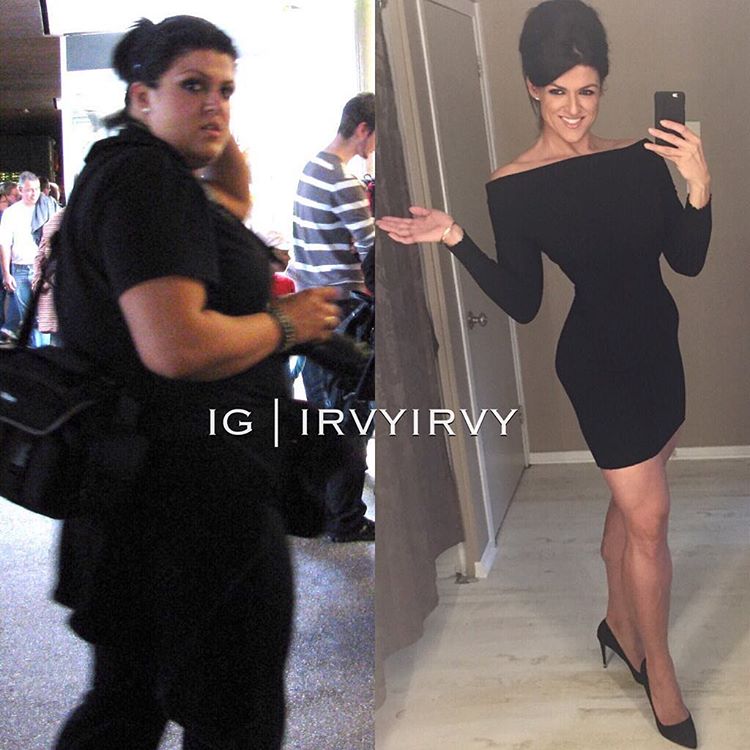 In order to change herself, Irvy knew she had to remain accountable and one way of doing that was to start a youtube channel, which she could update as much as she wanted and knew her viewers would keep her focused. Thinking the videos would act as a wake up call to her size, she found there was a different result.

“I thought that seeing myself in videos would make me feel uncomfortable about how I looked. Unexpectedly the opposite happened, and I lost all sense of insecurity about my weight.”

“Most females, I find, don’t talk about their weight. In our culture, weight is supposed to mean something or determine someone’s worth. So for me, when I spoke publicly and openly about it, I lost that feeling of its power over me.” 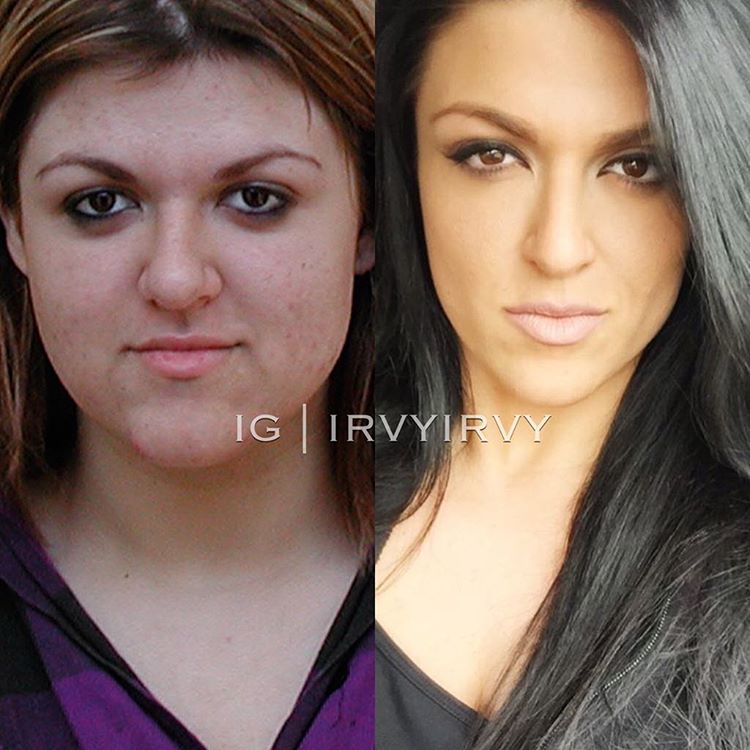 Because of this, the Youtube channel she started actually worked against her goals and she lost motivation to upload.

“I ended up gaining a few pounds, and stopped uploading videos.”

Irvy then realised that it wasn’t going to be Youtube that held her accountable, it was going to be herself and that the motivation she was seeking was going to have to come from within, rather than what her viewers would comment. 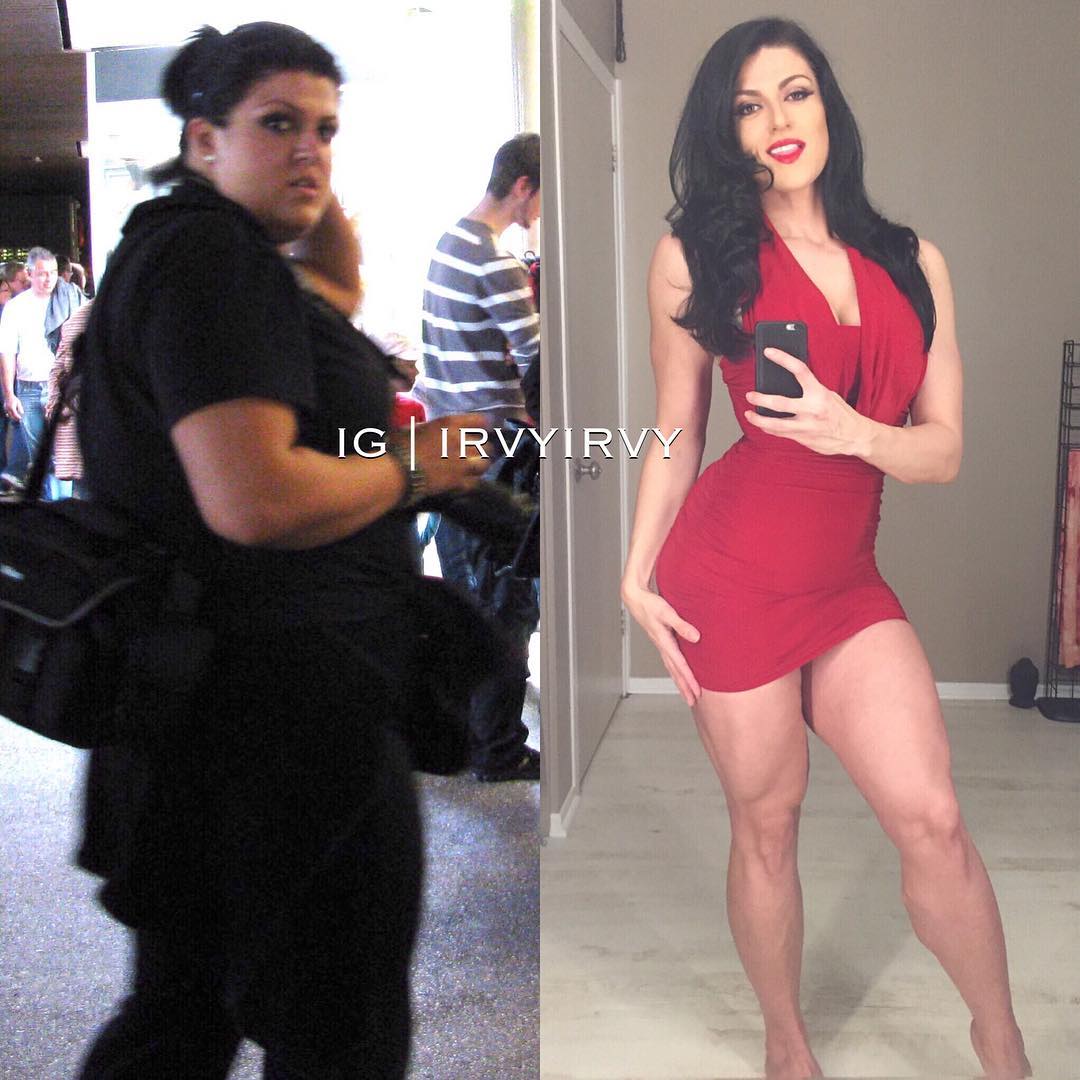 “I clued into the fact that the only authentic and long lasting motivation is internal. You have to be self-motivated; you need to do it for your own reasons and strictly for yourself.”

Because of this mental change, Irvy began a new path, going to the gym at least 6 days a week and focusing more on weights and resistance training rather than long, boring sessions of cardiovascular exercise.

“I try to stick to this split as much as possible, but every day is different, as I like to switch things up all time to keep my body from plateauing”

As well as changing her workout routine, she switched up her diet, planning more for the long haul, rather than a quick, yo-yo change. 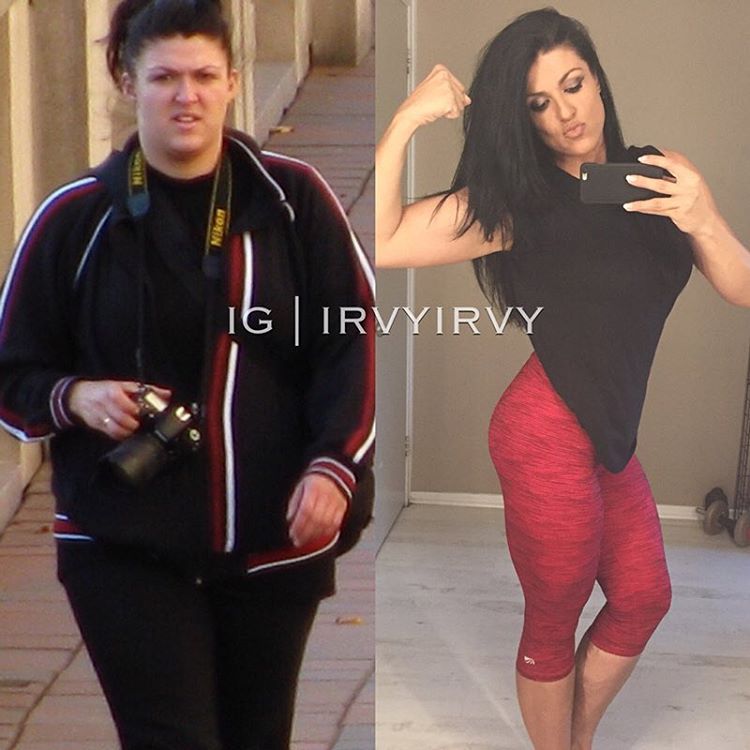 “In the beginning, I didn’t cut out or change everything. I slowly started adding in lean foods like chicken, steak, veggies, and fruits, while eliminating sugar-laden foods. Over time, the effort I put in and the progress that I saw was so great and exciting that I found myself naturally making healthier choice.”

She also focused on meal prepping and never leaving herself wondering what to eat on a week night.

“Now, I’m in the kitchen two hours per week, and I have food for the whole week and zero excuses to eat like crap!”

Irvy now tried to maintain a balanced diet and lifestyle, following the 80/20 principle of making the right choices 80% of the time and then allowing herself to enjoy the foods she likes 20% of the time. 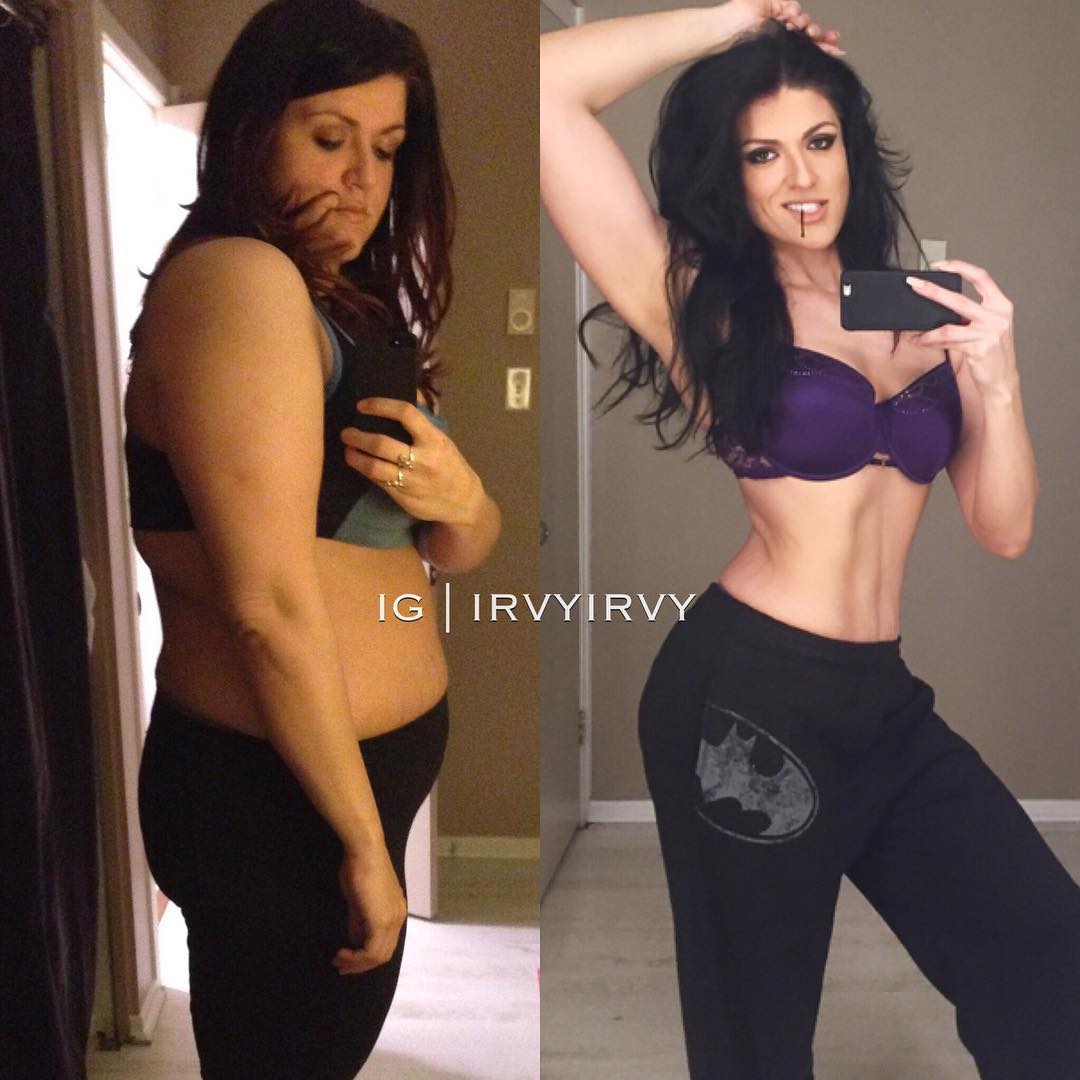 “I believe that is the key to weight loss and long-term maintenance. It has to be a lifestyle, not a fad. I love pizza, gelato, and burrito bowls. I still eat these things, just not all the time.”

As for how Irvy feels about her incredible 130 pound weight loss transformation,

“I feel amazing, and I’m very proud with regards to how far I’ve come, mostly on an emotional and mental level.”

“This coming year, my goal is to lose the remaining 30 pounds and reach my ultimate goal weight of 160 pounds. 2017 isn’t just about smashing goals; it’s about exceeding them and then some!” 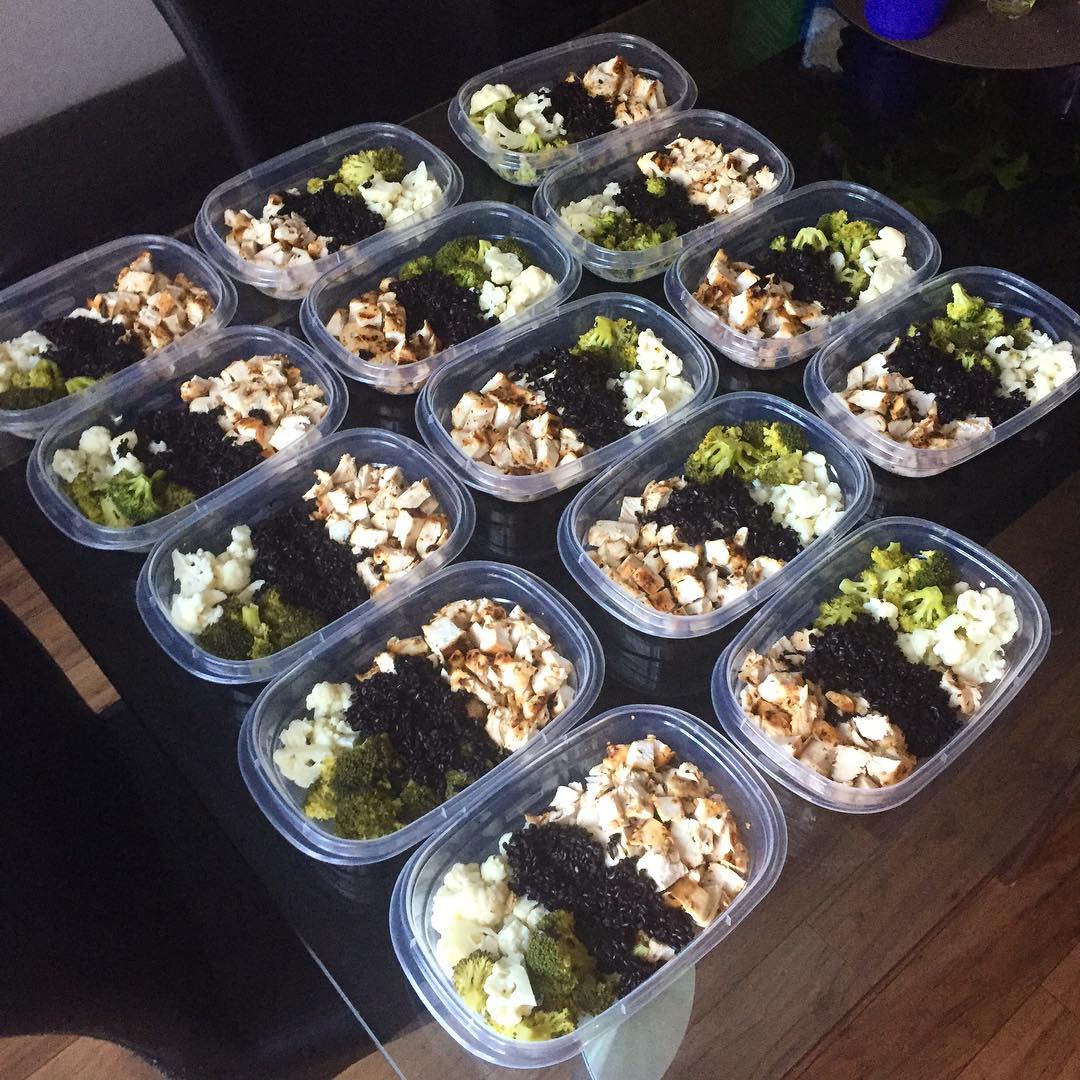 Meal Prep!! Started including black rice (also known as Forbidden Rice) into the mix. This rice provides the richest nutritional value, providing a higher level of vitamins, minerals and fiber of any bran rice, as well as a comprehensive range of amino acids, proteins, vegetable fats and essential trace elements needed by the body.

I don’t freeze my meals, I refrigerate only. I eat 2-3 of these per day depending on the day. It’s around 290 calories, for those who count.