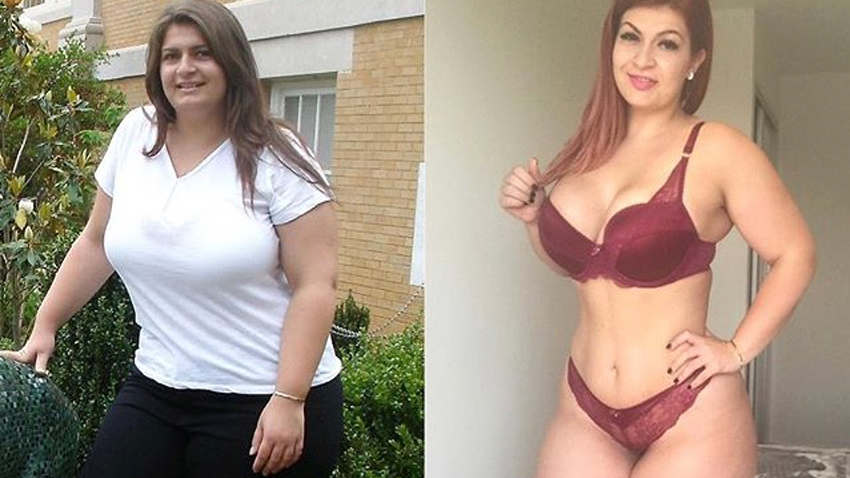 Ioana Chira was on a self confessed ‘Junk Food Diet’, consuming upwards of 4,000 calories every single day and eating fast food as often as she could.

After her weight sky rocketed to over 250 pounds, she decided to overhaul her diet and quit being in denial about her weight gain.

Since that day, she has gone on to lose an incredible 70 pounds, but after losing the weight, Ioana realised that she didn’t feel the way she hoped she would about herself. 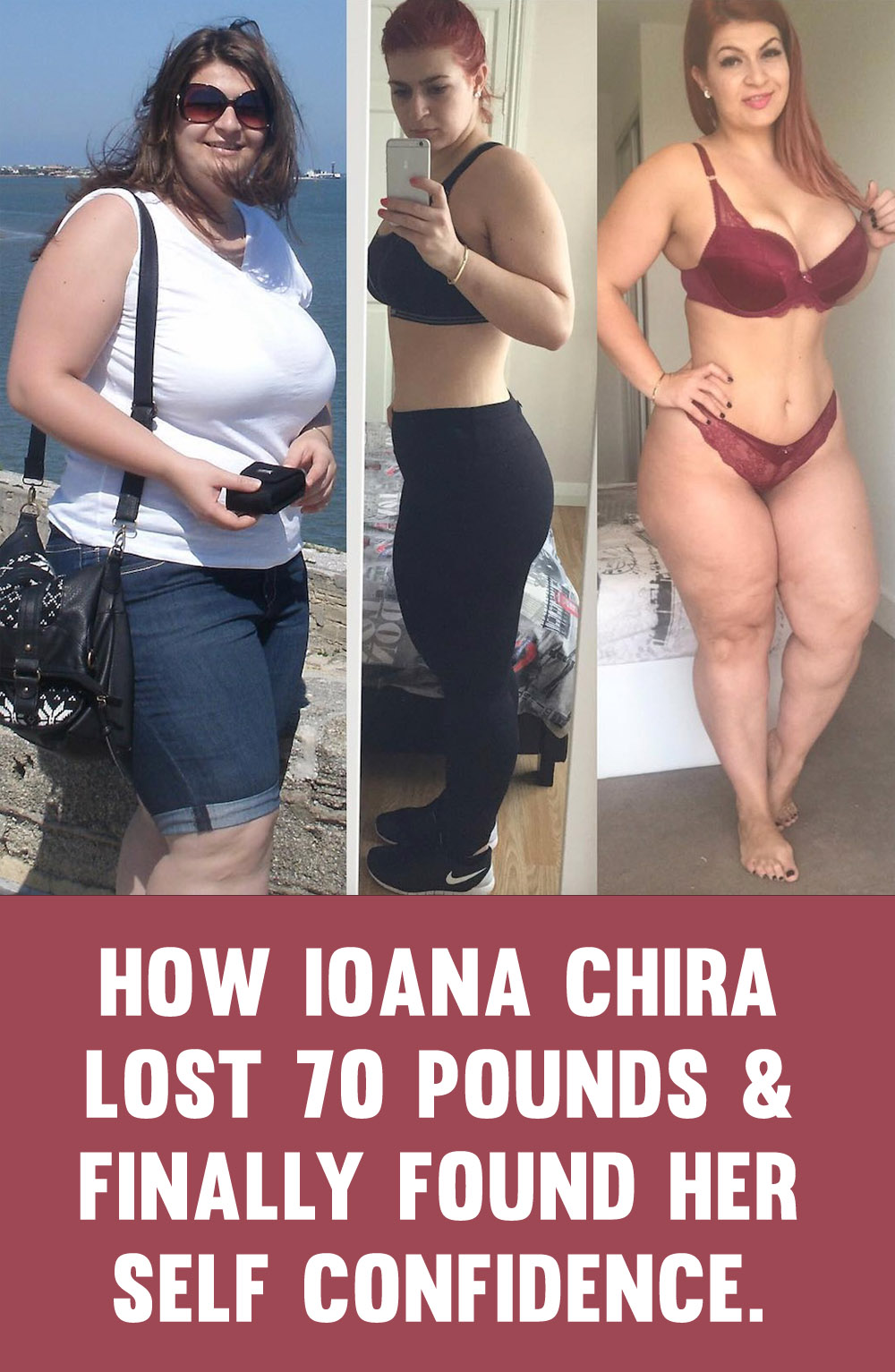 She told the DailyMail, “I thought being slim would make me happy.”

Ioana, who has posted photos to her Instagram (Be sure to follow her on there!) throughout her weight loss journey initially started her binge eating after an early knock back in her career.

The HR analyst originally wanted to join the police force, but after being unable to realise her dream, took to eating to comfort her lack of self confidence.

“When I was 18, one of my dreams was to join the Police Academy. I’ve trained for about a year and I felt like I could do it.” 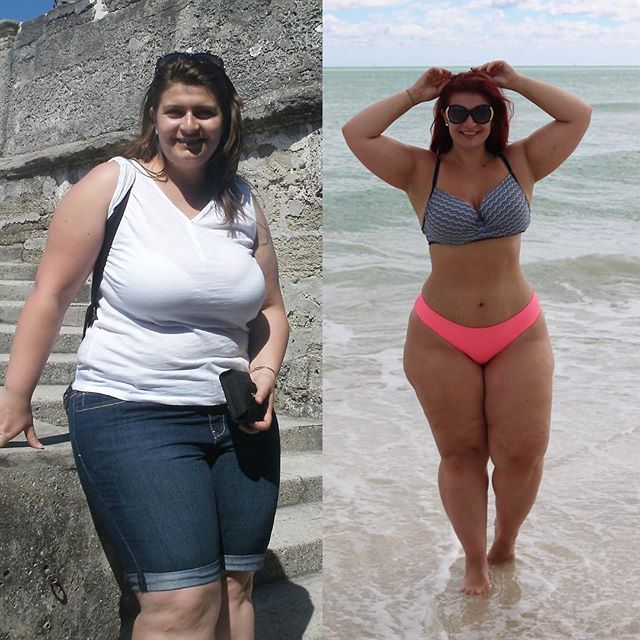 “I failed and I felt like a loser because I put all my hopes in my dream. From that point, I didn’t really care what I was eating and I’ve started putting back the weight quickly.”

Ioana, who was born and grew up in Romania, was initially in denial about her weight gain. She was with a boyfriend who continued to call her beautiful, even when her weight started to affect her health and mental state.

“I kept on getting bigger but I couldn’t muster up the motivation to actually do something about it. I preferred to live in denial.”

After she starting suffering from severe back pain and a swelling in her legs, she knew she wanted to change her lifestyle. 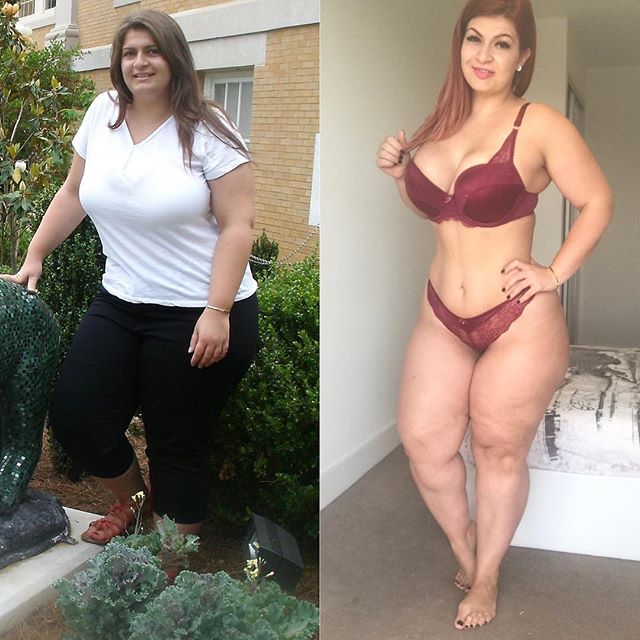 “On March 2014, I made the decision to change my life and I’ve promised myself that this time I won’t give up on me.”

“Summer is really hot in Romania and my legs would get swollen. I’ve always had an office job and I started to have back pain. My decision was more like a revelation; I couldn’t believe I let myself live in denial for so long.”

After making the decision to change, she altered the way she viewed the decisions she was making. 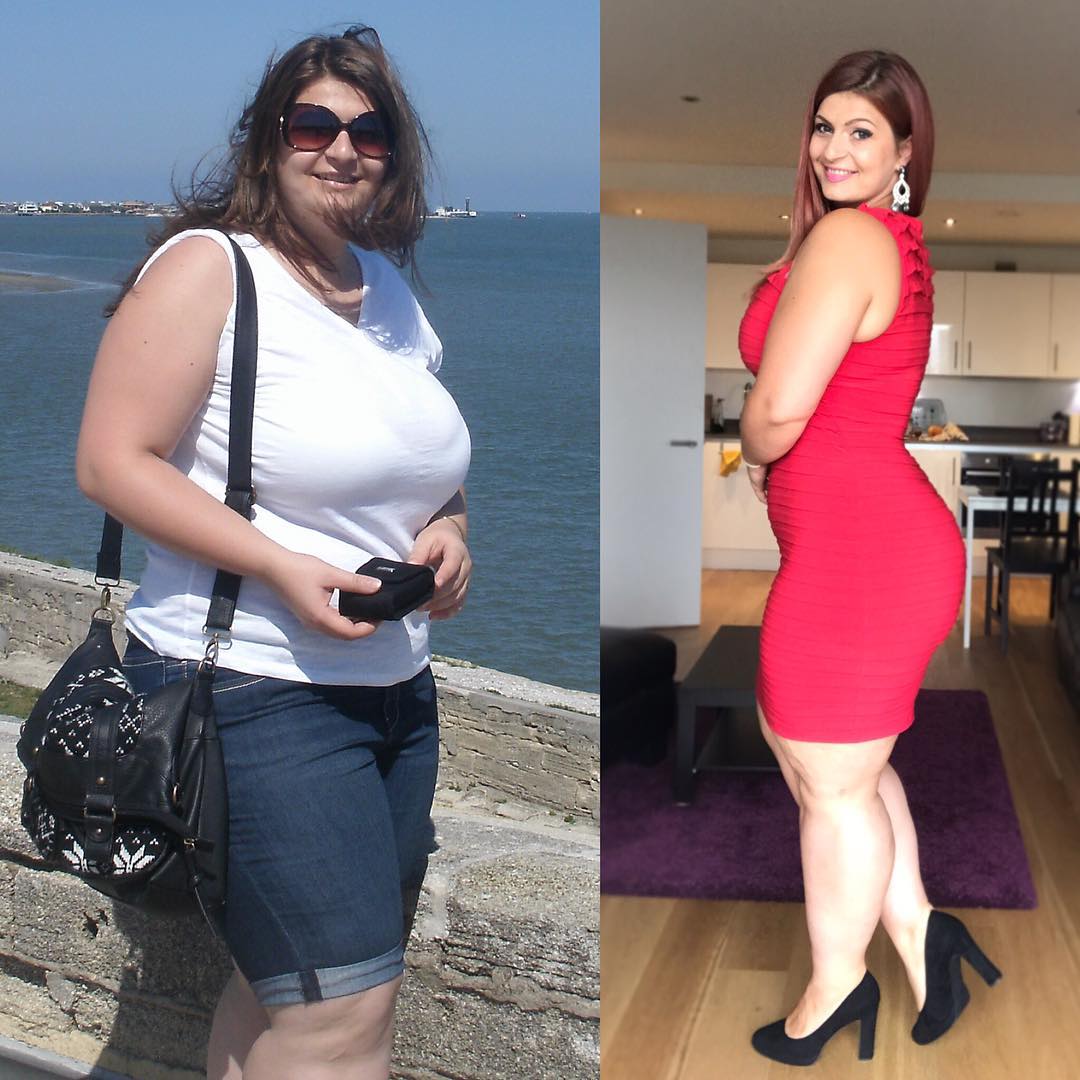 “I could finally see outside my little box and I’ve spent some time with myself and analysed what made me get to that point.”

Ioana admits that it was the struggle to find clothing, along with the medical problems that forced her into making a change.

“The part that used to make me really insecure was going shopping considering that in Romania extra-large is similar to a medium here. My legs have always been bigger than the average person’s and I used to hate them so much, no trousers would ever fit me.” 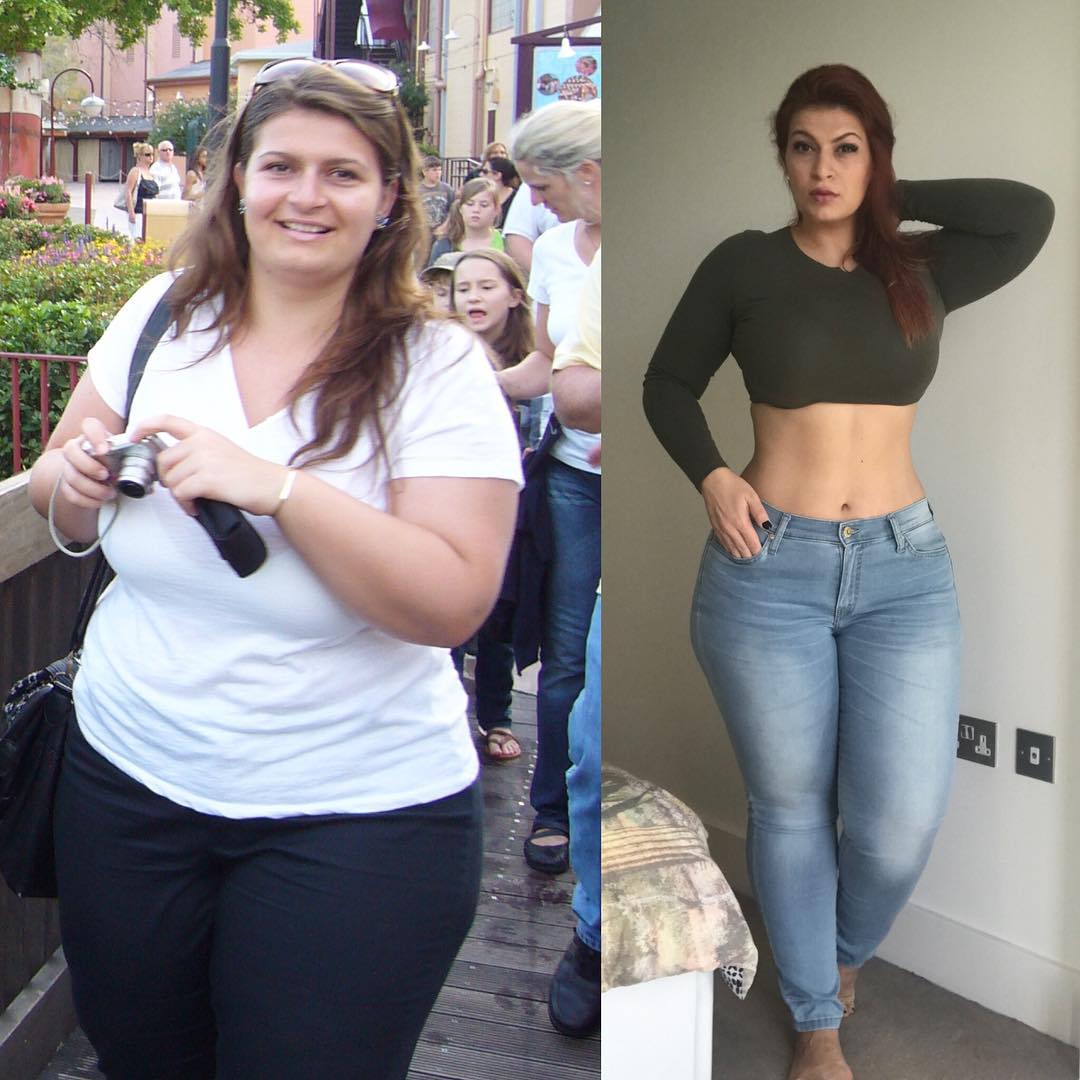 “Back in those days, I used to only wear black trousers; most of them custom made or bought from the fashion shops for old women.”

Iona now consumes an average of 2000 calories a day, sometimes bumping it up to 2500 on training days.

She also trains 5 days a week, attending classes in Zumba and dance and eats a high protein, calorie controlled diet. The intense training and healthy diet soon led to some amazing changes.

“Investing in myself is the best decision of my life. My legs are not getting swollen anymore, I don’t have back pain and I’m extremely flexible and full of energy.” 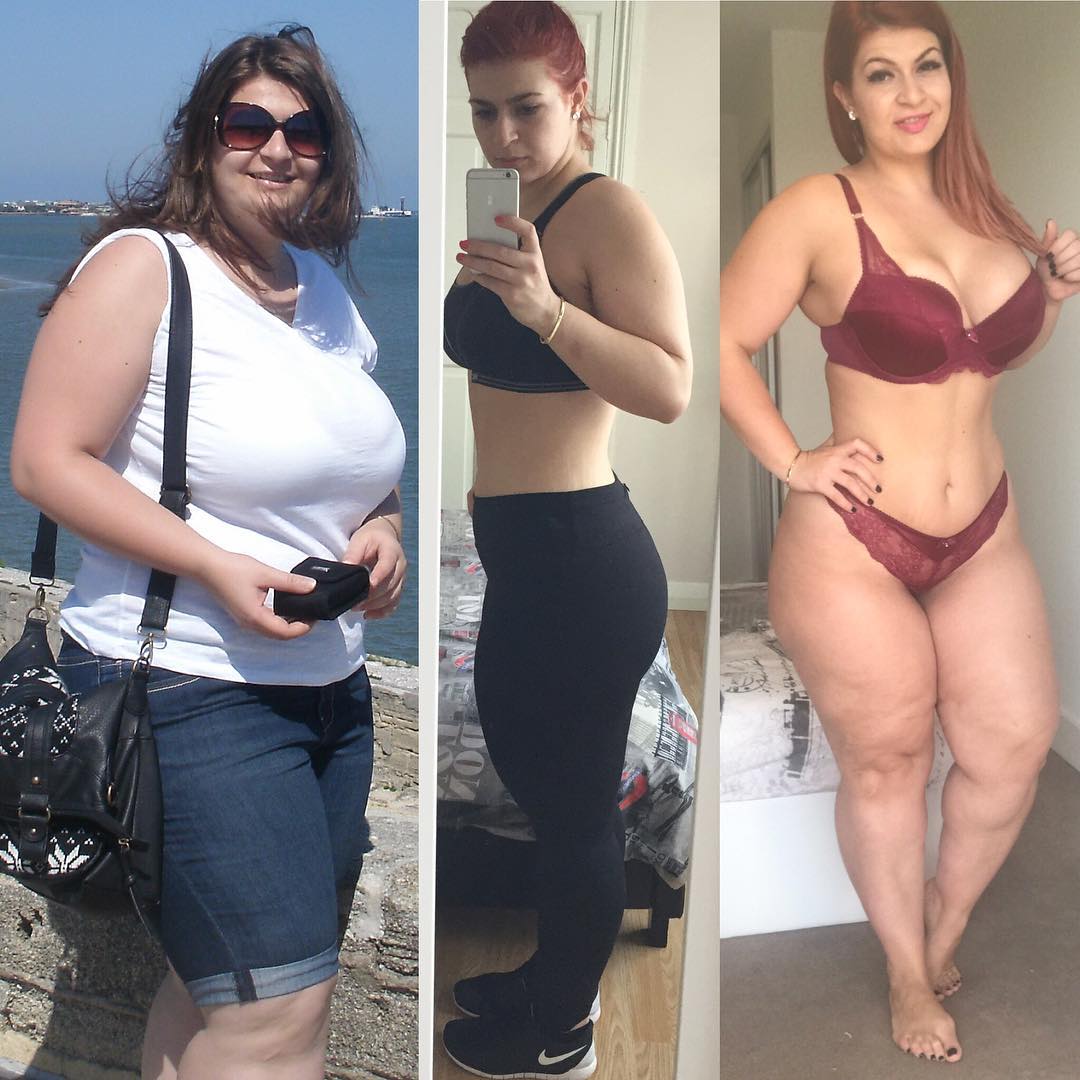 “Besides the physical change, I am extremely proud of the mental change. I’ve proved to myself that I can do it. I’ve proved that all you need is willpower, ambition and consistency.”

“I feel extremely confident now; I love my body and I know that I can achieve my goals and dreams if I work for it.”

Ioana found that once she lost the weight, her confidence didn’t match how she thought she would feel. It wasn’t until she found the courage to eat more and put on a little more weight that she started to love the way her body looked.

“I had a very strict diet in the first year of my journey and I got to a point where I was really obsessed and wouldn’t want to eat fearing that I would put the weight back on.” 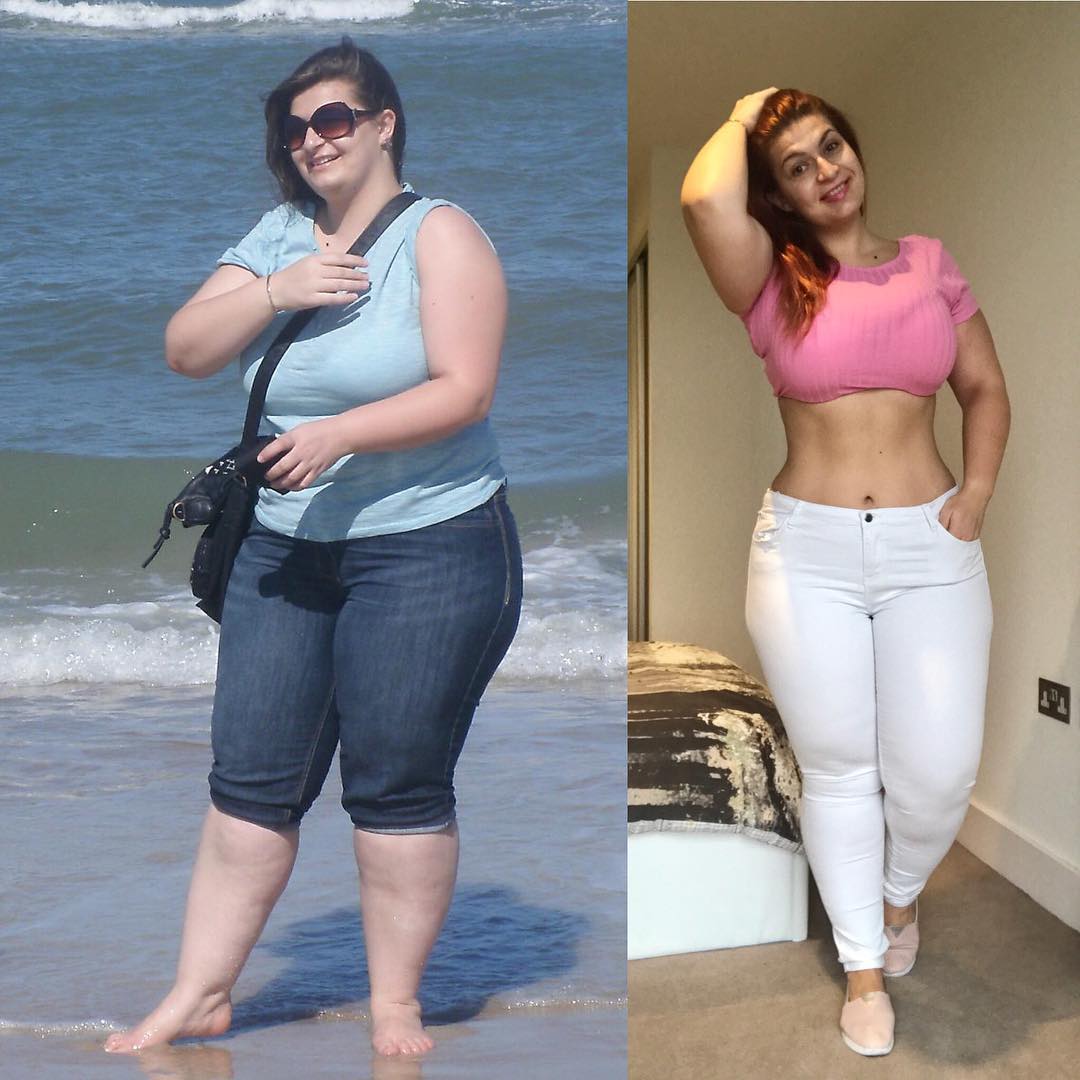 “I’ve put back quite a lot of the weight on, however, this time the game is different. I’ve managed to shape my body exactly the way I wanted and put the weight in the right places.”

“I am never insisting on numbers because my journey is a bit different. The difference between then and now is not massive in terms of pounds, however my body looks totally different.”

Ioana credits this shift in mindset to transforming her bodies look, rather than just ditching 100’s of pounds off the scale and getting lost in counting calories and trying to get as ‘skinny’ as possible.

“I remember when I posted my first transformation pictures, so many people said that it has been photoshopped or that I had a tummy tuck or liposuction for sure.” 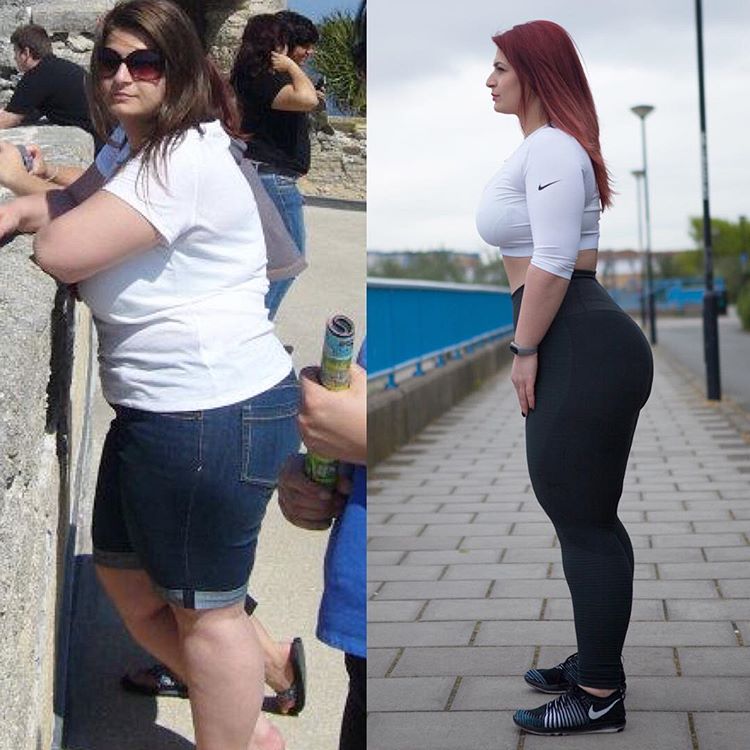 “Because of all the magic weight loss products that are on the market and waist trainers, people find it hard to believe that you can actually get a shape like mine through a natural process.”

Ioana realised throughout her journey that it was important to have a healthy balance between her body and mind. Feeling good about yourself and how you look is a continuous process, not a destination.

“The hardest thing in this journey is to accept your body and the changes that happen. Getting a functional partnership between your brain and body is a continuous fight.”

“When I was at my lowest weight, everyone would say how good I looked, however, I didn’t feel that way. I would feel down most of the time and wouldn’t even want to look in the mirror and see all the cellulite, stretch marks and saggy boobs.” 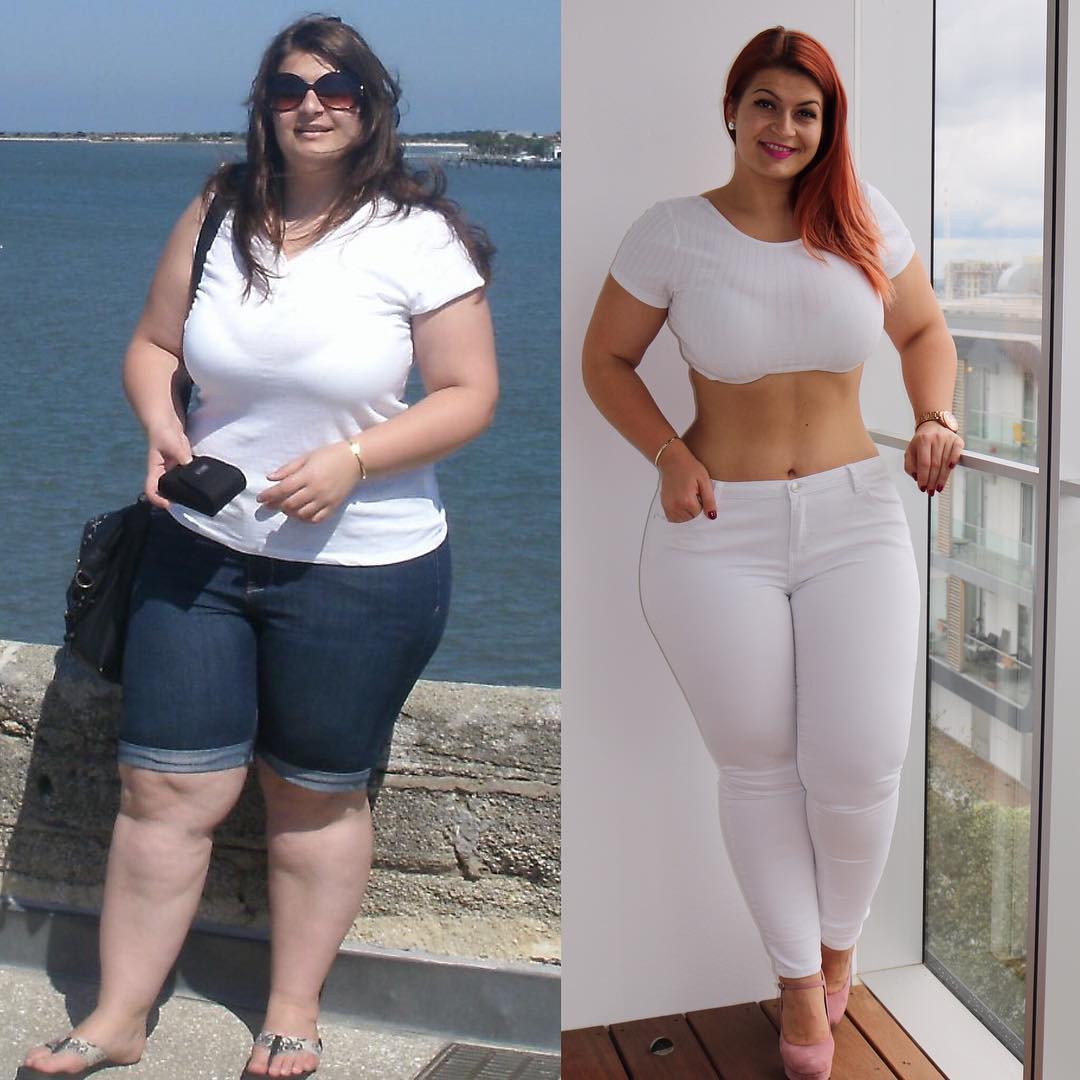 “I always believed that being slim would make me happy, however, when I got there it was not the case. I’ve realised that happiness is something beyond size and as long as I keep my body healthy and strong – I’m a winner.”

Growing up in a country in Eastern Europe, the ‘ideal’ feminine body is often portrayed as very thin and slender. Any women over 125 pounds are considered fat and Ioana says that this massively affects her and many other women’s confidence throughout Eastern Europe.

“There are millions of girls like me and I want to show them they can build their own life and happiness. They’ve been bullied and shamed for so long that they’ve accepted the status of ‘fat and ugly’, actually believing there is something wrong with them.” 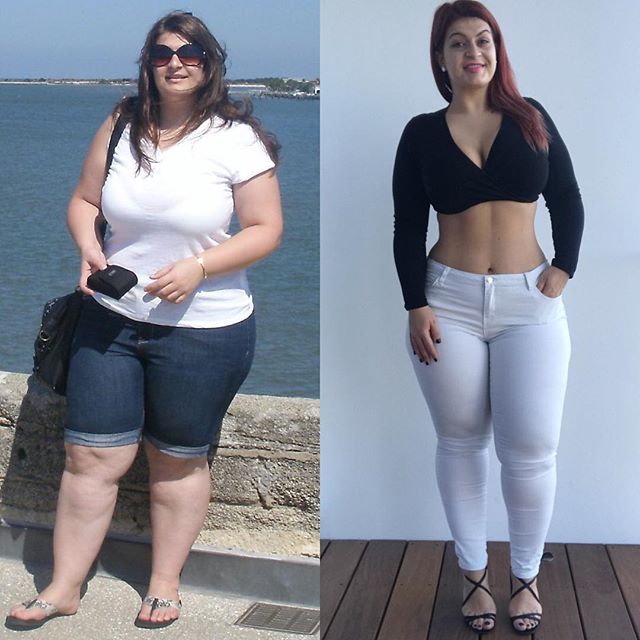 “Plus size women should be promoted more. A big help would be to stop re-touching magazine pictures and show the reality instead of an airbrushed image. My profile is all about being real. A lot of the curvy girls have self-esteem issues, especially when it comes to dressing up or going to the gym. I am showing my daily outfits to make my girls realise that it’s all about confidence; that’s what actually makes the clothes look good on you.”

When asked what advice she would give other people who wanted to lose weight, she suggested the following:

“Stop planning and start doing. It’s not rocket science and you don’t need to plan it two years in advance. Make small daily changes that you can keep going long term because it’s all about consistency.” 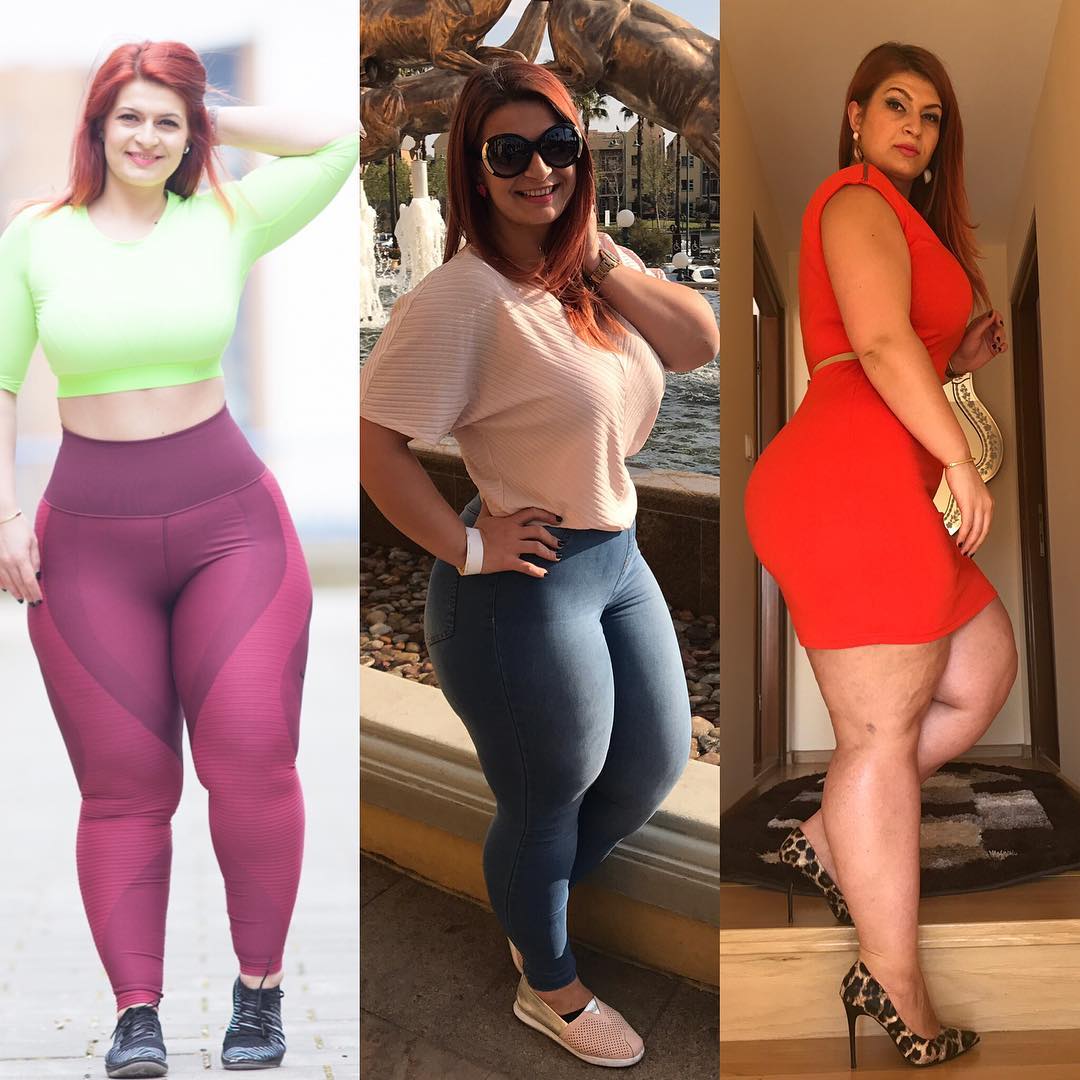 “On social media, follow people who inspire you and give you the motivation you need. Surround yourself with positive people because you will need a lot of positive vibes throughout your journey.”

39 Overnight Oats That Make The Best Weight Loss Breakfast Ever!