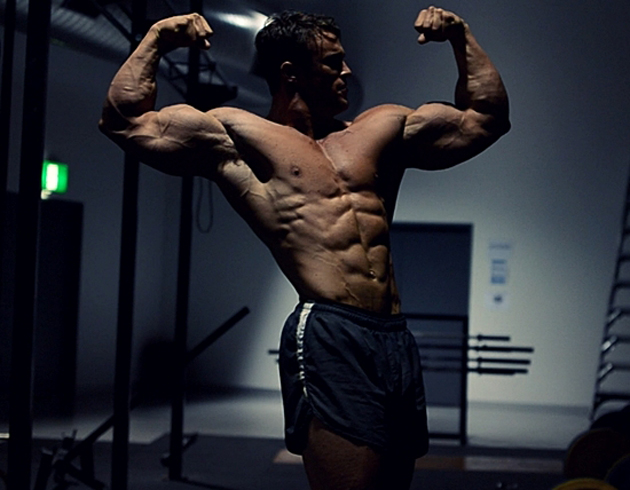 The Bodybuilder’s Secret to Getting Lean Quick: Carbs – love ‘em or hate ‘em, you need to know about them.

It seems that people come from two completely different angles when discussing carbs.
On the one hand you have those who insist you absolutely need carbs for energy. They’re carboholics and just can’t go without their huge bowls of oats, piles of pasta, and bagels by the dozen.

At the other end of the spectrum, you have the low carb zealots. According to these folks, carbs are the devil. They’re worse than excessive drinking and are as dangerous as smoking. These guys won’t let a grain of rice pass their lips for fear of inducing an insulin spike which might blunt fat loss. The truth is, both of these groups are kind of right, but also missing the mark.

The Importance Of Carbs

It’s true that we don’t “need” carbs to survive. We can get by just on proteins and fat, hence why there are essential amino acids (proteins,) EFAs (fats) but no essential carbs. You only have to look at the Inuit population, who live almost solely off animal products to see that we can do okay without carbs.

But doing okay is different to performing optimally in the gym, or looking shredded in your underwear.

Building muscle without carbs is like trying to build a house without cement. It might work, but it’s going to take you a hell of a lot longer to get there.

The main role of carbs for building muscle is to replenish glycogen stores after a workout and help shuttle nutrients and protein to the muscle cells to kick-start the recovery process. Carbs also fuel intense exercise, such as weightlifting. When losing fat, carbs still have a role to play too.

When your calories are lower, your body has to work extra hard to maintain muscle mass. Resistance training and an increased protein intake can prevent muscle loss to a degree, but carbohydrates help too. Carbs are much more muscle sparing than fats, which is why many folks struggle to maintain muscle and strength when following a ketogenic or very low carb diet. (Ref 1)

The trouble is, carbs can also prevent you losing fat.

Carbs raise your levels of the hormone insulin, and when insulin is high, it becomes harder to lose fat. And this is the reason why low carb diets have been embraced by the bodybuilding world and worked their way into the mainstream media. At times it seems that even middle aged housewives attending their Pilates classes are raving about the benefits of the low carb lifestyle.

So if carbs are good because they preserve muscle mass, but bad because they blunt fat loss, then what on earth are you supposed to do? Fear not. The solution is here – carb cycling.

What Is Carb Cycling?

Carb cycling sounds like riding a bike while eating a loaf of bread, and as logical as that may seem, it’s actually something slightly different.

Carb cycling involves changing the amount of carbohydrate in your diet on a daily basis.
The science behind carb cycling is fairly solid.

Lower carb diets are definitely the way to go when you’re losing fat, but as discussed, they can have a negative impact on your health and performance. Not only that, but over time, low carb eating combined with a lower calorie consumption can slow your metabolism, reduce your thyroid function and decrease certain hormone levels within your bloodstream.

The solution is to add in higher carb days to stoke your metabolism back up, refill your muscle glycogen levels, and also to give you a mental break from the rigours of dieting.

It typically takes around 72 hours for your metabolism to slow and for levels of leptin (the metabolism-boosting hormone) to drop. Therefore, a good strategy is to have a higher carb day (often known as a refeed) every three to four days.

How your higher carb days look depends on a number of factors, so you need to experiment with different strategies and see what works for you.

However, a good rule of thumb is to roughly double your normal day to day carb intake. Say on an average day you eat 150g of carbs, you’d bump this up to 300g for your refeed. You can also take protein down slightly on these days. As mentioned, carbs are muscle-sparing, so when carbs are higher, your protein intake can be lower without any negative impact. Reduce your protein by around 20 percent, and your fats by 10 to 20 percent too. This will cause a slight reduction in calories, which allows you to eat more carbs without fear of going overly high on your calorie intake during refeeds.

It’s absolutely critical to note that a refeed or high carb day is not the same as a cheat meal. Cheat meals are unregulated, have no guidelines for any macronutrient intake and often combine huge quantities of carbs and fat, which isn’t what you’re looking to do here.

Count your calories and macronutrients as you would usually, just aim for the higher carb intake and slightly lower fat and protein intake.