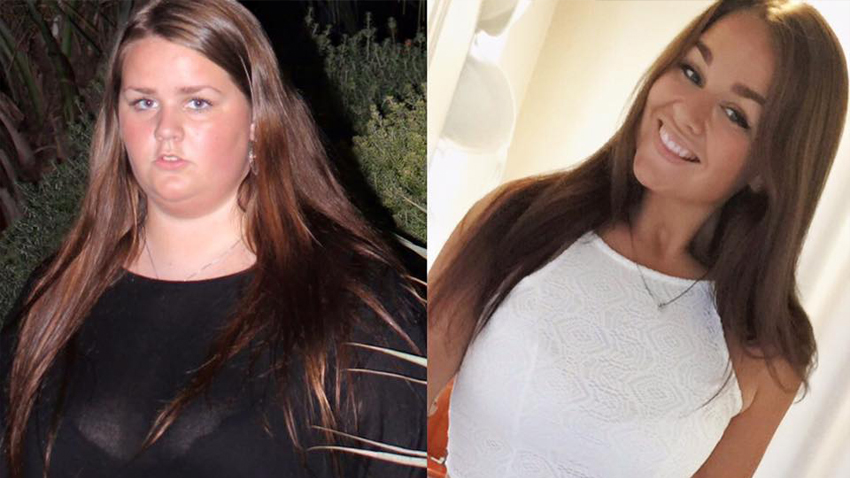 Fie Friedrichsen was always the ‘big kid in class’, getting bullied and abused for her size, which caused her to start eating more as she started feeling depressed and isolated. This continued throughout her teens and at her heaviest, Fie was consuming around 8000 calories a day.

At 19, and weighing 308 pounds (140KG), her doctor said she wouldn’t live past 40 if she kept going the way she was and that gastric surgery was a necessary option. Fie didn’t want the surgery however, knowing her problems were more mental than physical and with the shocking news about her health, decided to make the right choices from then on.

Since that day, Fie has taken up healthy eating and exercise and completely transformed her body, losing an incredible 150 pounds (70G). The only surgery she needed now was for the loose skin and Fie now educates and inspires others on how they can change their lives too. 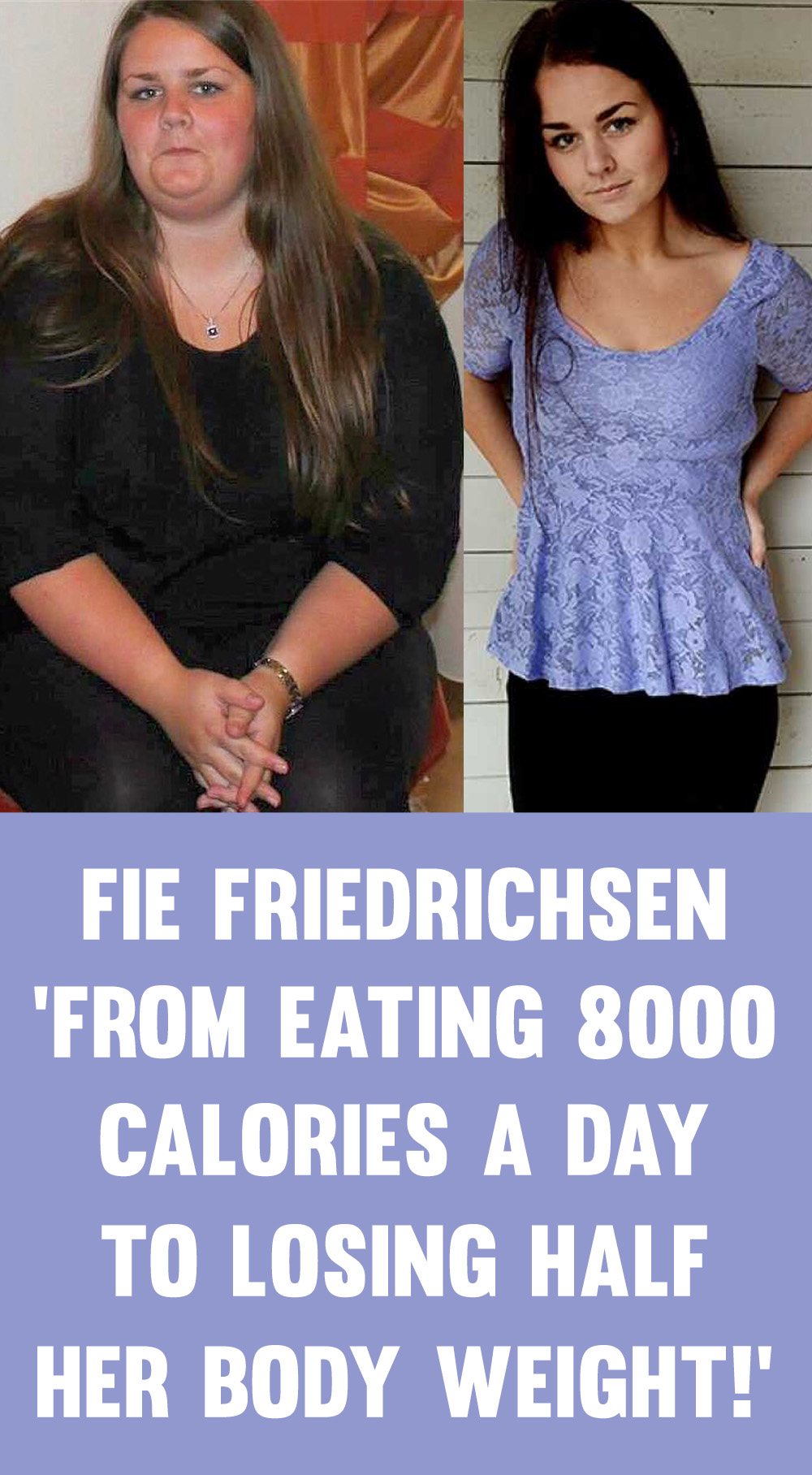 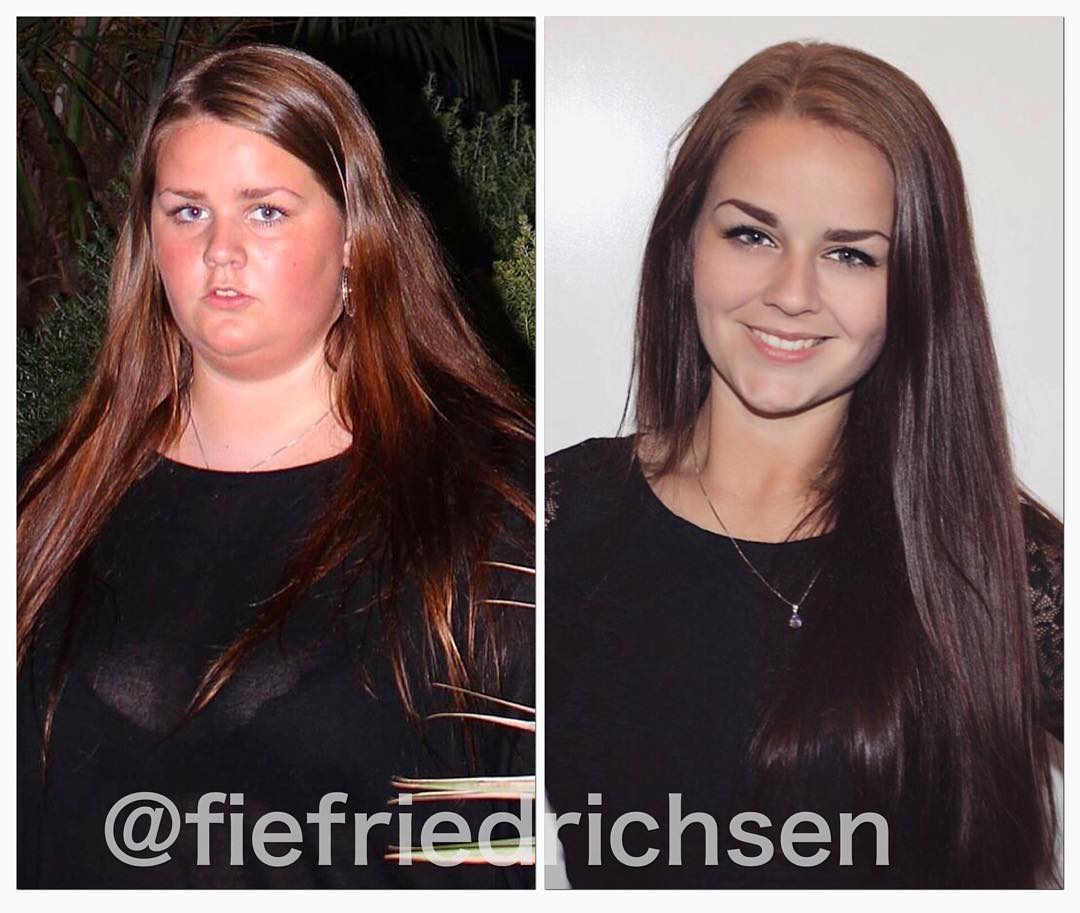 Fie, who grew up and lives in Denmark, opened up to the DailyMail, believes that being overweight isn’t as black and white an issue as it seems.

“Obesity is still such a big worldwide health issue and it’s not because people are lazy. Most of the time it’s because of some deeper inner issues, self hatred, self-denial and traumas dealt with through food becoming a comfort.”

Fie’s problems with her weight first started at age 5, when her parents went through a divorce. She turned to food as a way of coping. 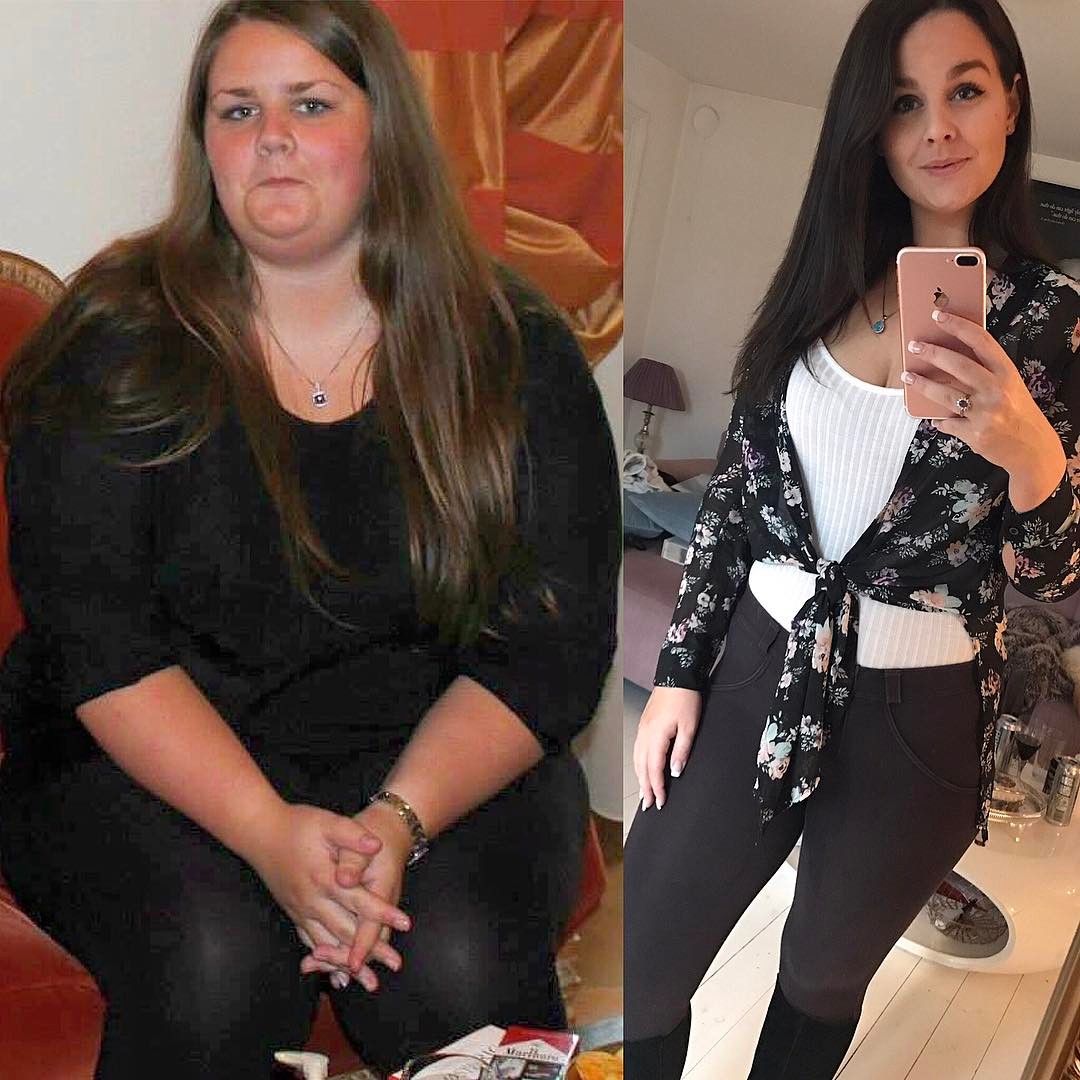 “I was always the big kid in class. I was bullied and people threw things at me while walking home from school and yelled “You should stop eating so many cakes you fat cow“. I was depressed and tried to eat the pain away. Food was all I had to comfort me. The worse I felt, the more I ate.”

As she grew up, Fie continued struggling with personal issues and let her weight skyrocket. At her heaviest, Fie could eat up to 8,000 calories in a single day. Starting her day with 3 chocolate muffins and snacking on calorie packed snacks through the day and into the evening.

“I would snack almost non stop after having dinner. I always ate until the food was literally up to my throat but I couldn’t stop.” 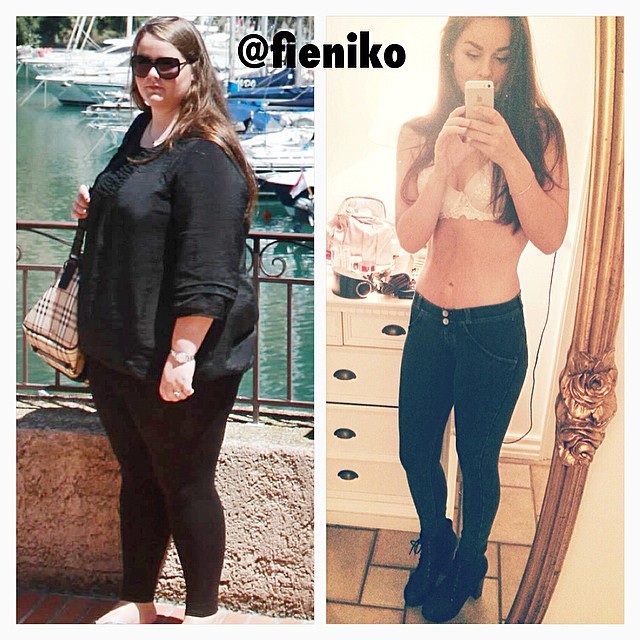 Fie’s abuse didn’t stop in the childhood classroom, into her late teens, she was still subject cruel jibes and taunts from people she didn’t even know.

“A guy came right at me yelling “Why are you so fat? Danish people like eating a lot of sausages!” before telling me I looked like someone in their fifties. People judged me and found me disgusting because of my size.”

“It’s devastating how people only see a fat person rather than the fragile and sensitive person behind the weight. Most people think it’s because you’re lazy, stupid and not able to take care of yourself. But it’s not always about that. It’s about having deep issues with food.”

At age 19, she grew more and more self conscious of her size, wearing extremely baggy clothes and only leaving home when she absolutely had to. Her body was feeling the effects of overeating, with her joints and back aching all the time. After developing sleep apnea, she had to visit her doctor and was hit with a bombshell. 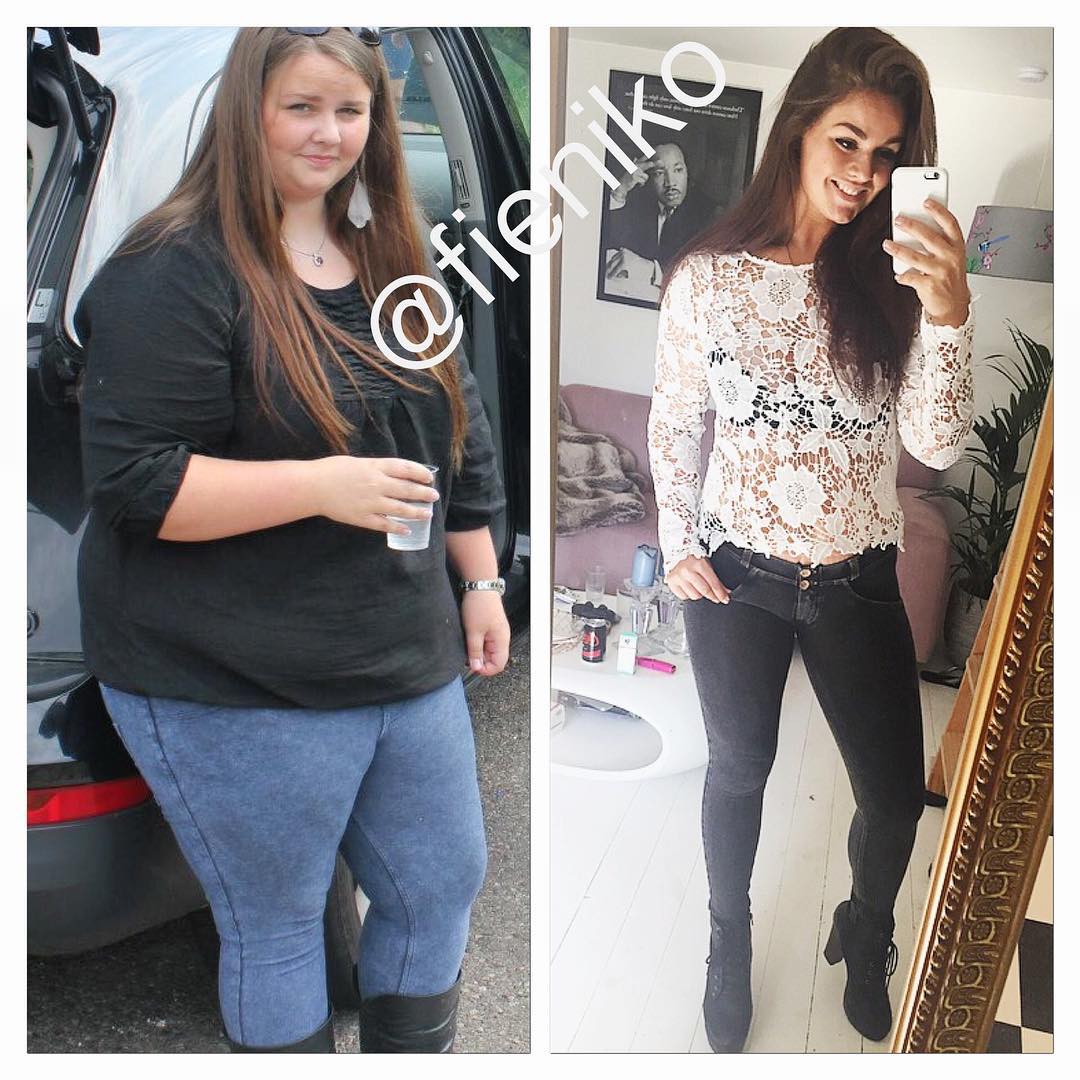 “I finally stepped on the scales after avoiding them for years and I got the shock of my life. I was 22 stone (308 pounds). I didn’t expect to be that big. I was very good at self-denial. The doctor told me it was only a matter of time before I developed diabetes and if I continued the way I was I probably wouldn’t live past 40. It was a huge wake-up call. I’d put myself in a seriously dangerous position and felt horrible about it.”

Even though Fie wasn’t even in her 20’s yet, the Doctor suggested that she have a gastric bypass (a weight loss surgery), however, this wasn’t the route she wanted to go.

“I’d read a lot of bad things about the surgery and wasn’t willing to take the risk. I knew my problem was emotional. Something in my head needed to be fixed not my stomach.” 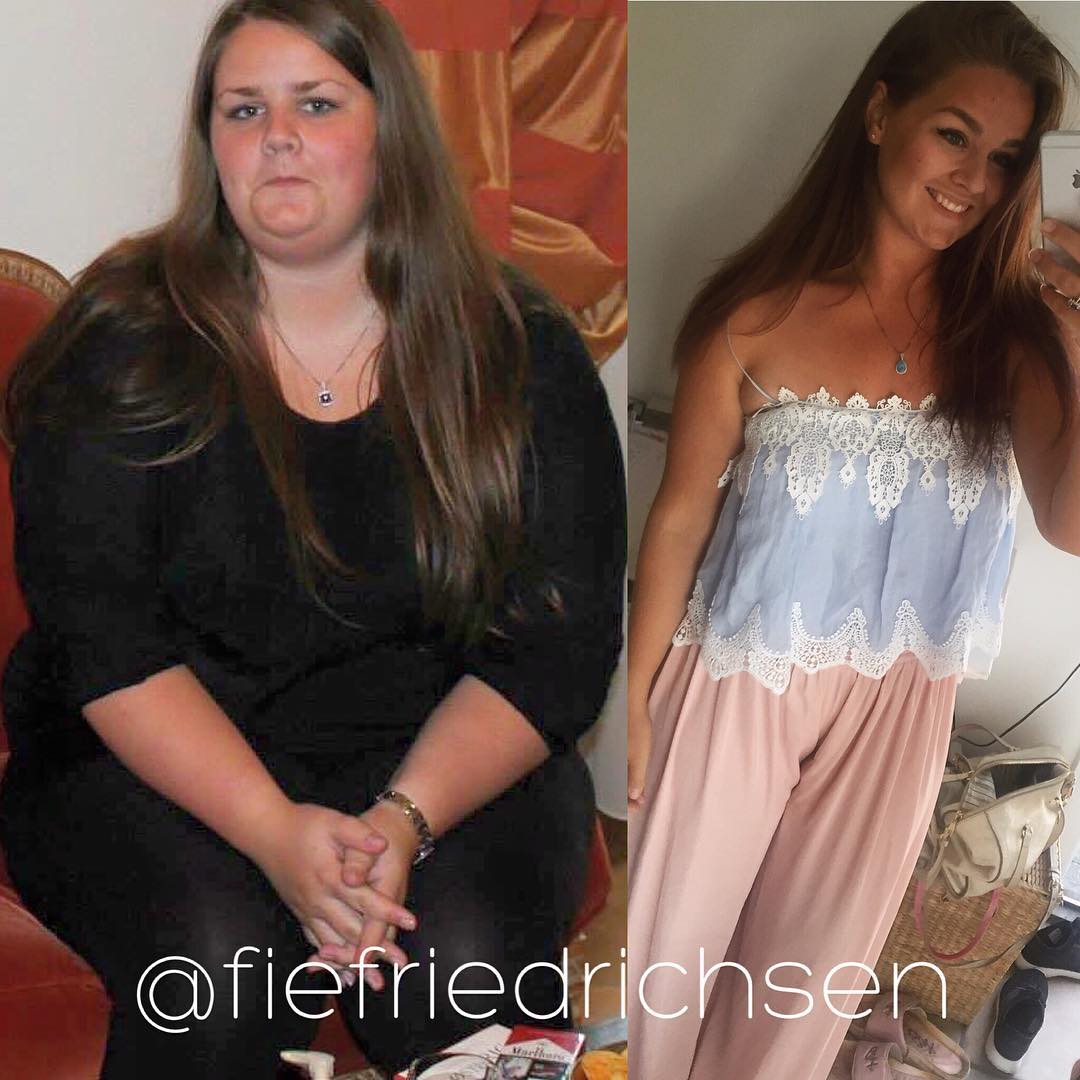 After hearing the news, Fie knew she had to make a change and broke down to her mother about what she needed to do.

“It told Mum I was ready to make serious changes. I was finally ready for this fight no matter what it took. I desperately wanted to get out of this fat body I was trapped in. It was holding me back in every situation in life. I wanted to take responsibility for myself and take full control once and for all. It was my life and no one else could do this for me.”

Step number 1 was removing all the chocolate bars, sweets and unhealthy snacks from her home and replacing them with fruit, nuts and healthy options. Fie started a new diet plan and instead of eating up to 8000 calories a day, dropped this to 1500 and made sure to fill her day with healthy choices. 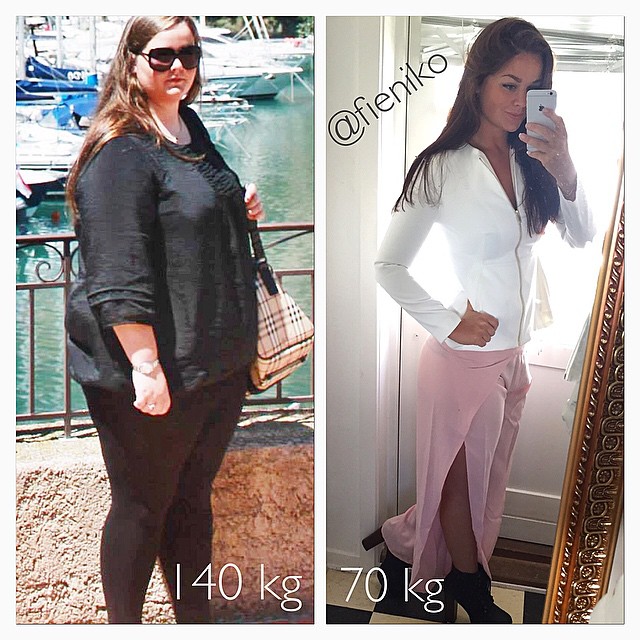 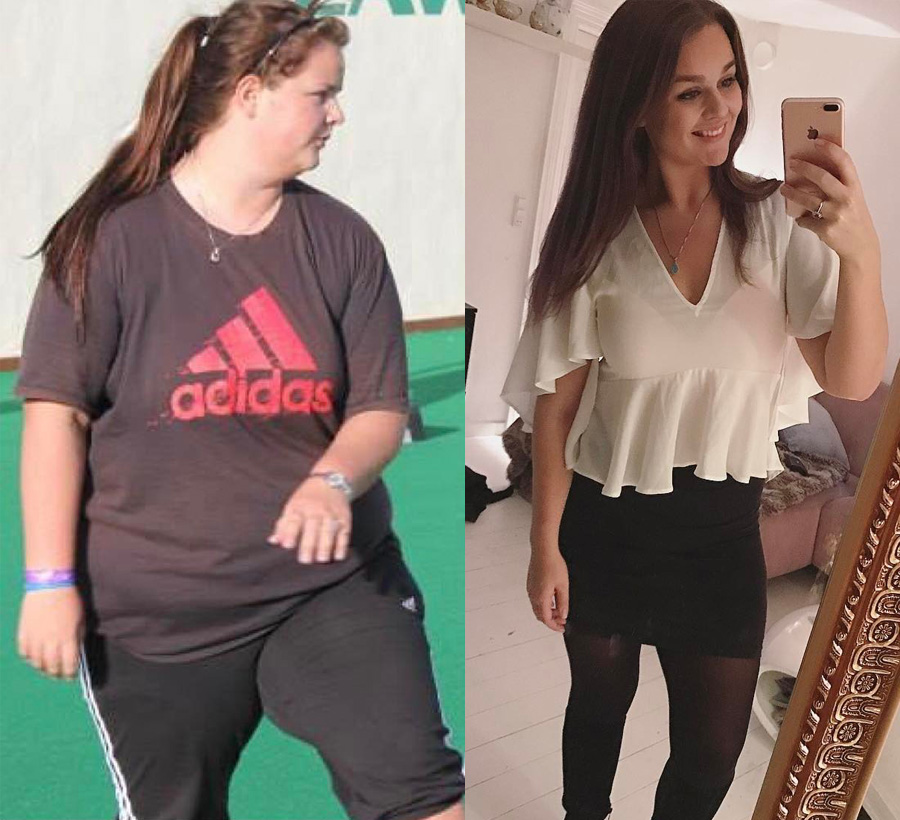 With these changes, the weight started to fall off and adding in boxing, dancing and walking, after two years, she dropped half her body weight and lost over 150 pounds. Though with losing a tremendous amount of weight, there are consequences to your body.

“I looked like an 80-year-old. The skin was hanging and after a period of feeling sad about it, I decided on surgery to get the excess skin removed.”

Fie hasn’t looked back since making the changes that have so positively affected her life, but she still wants to maintain a balance and have a normal, healthy relationship with food. 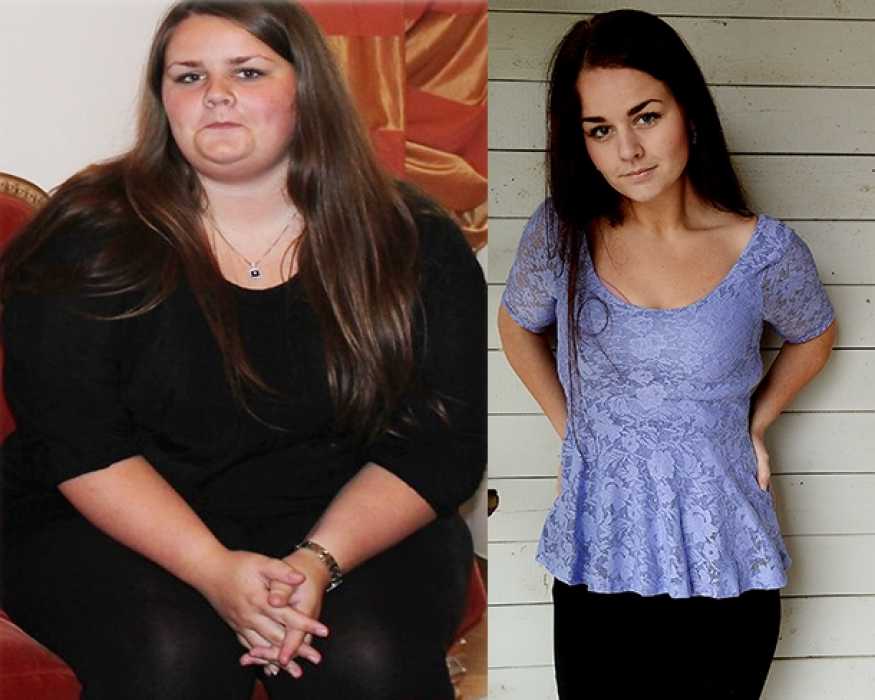 “I still eat sweets and chocolate. I just watch my overall daily intake of food. I use good common sense rather than a diet plan. Everything in moderation! My life has changed in every way possible. I can now fit in an airplane seat and sit in a plastic chair without breaking it. And I can wear exactly what I want. The best thing is I now know that I can do whatever I put my mind to. I’m so proud of myself for overcoming something I always found impossible.”

“I know it can seem like an endless battle but I don’t have more willpower than others and I managed to do it. Willpower is like a muscle. The more you use it the stronger it becomes. I know what obesity and self-hatred can do to you. I know how horrible it feels and I don’t want anyone else to feel that way.” 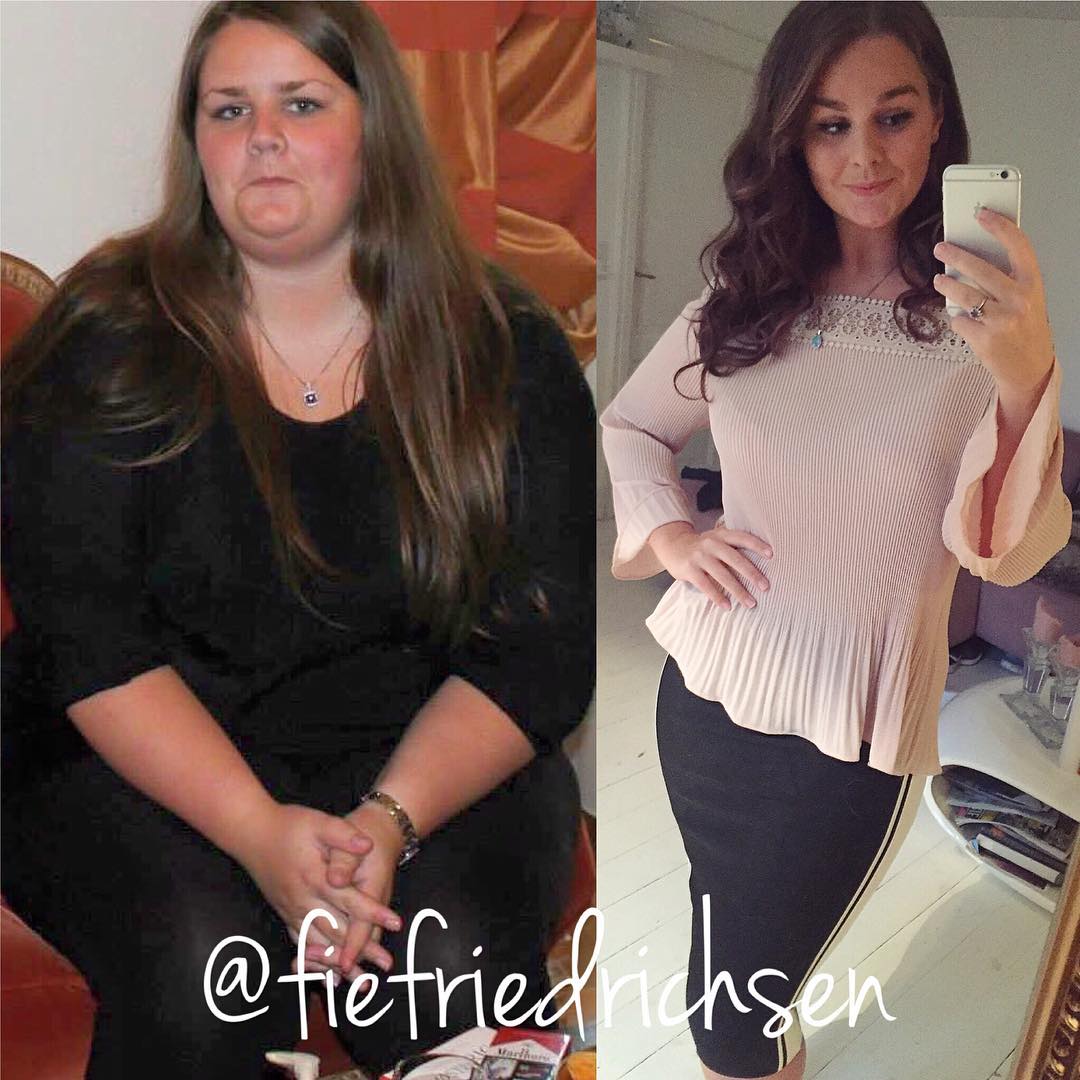 Fie wants to set a positive examples for those who want to make similar changes in their own lives.

“Some people love themselves even though they are overweight and I admire that. But for me the weight had such negative consequences that I had to do something about it. It breaks my heart seeing how the majority of people give up on themselves because I was close to doing that too several times. People should know how much they are capable of and how much potential they have.”

Jelly Devote’s 6 Must Do Tips To Lose Weight & Get In Shape!