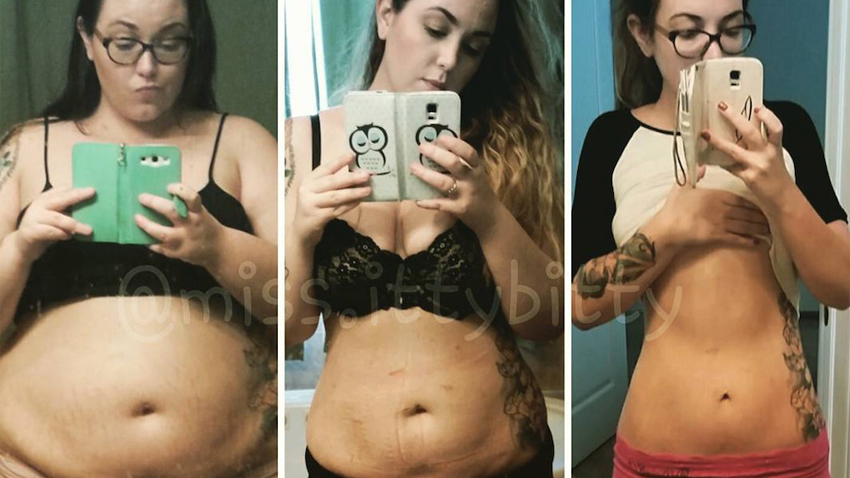 Courtney Maguire is a recovering alcoholic who struggled with drinking, food addiction and depression since leaving university who had tried everything to lose weight, including a ‘quick fix‘ lap-band surgery, but nothing worked.

At her heaviest, Courtney tipped the scales at 310 pounds and realised that the men that had entered her life were enabling her eating problems, seeing her size as a way to fulfil their fetish and not actually caring about her health or her as a person.

After getting sober and getting her life back on the track she wanted, Courtney lost 165 pounds, and completed her transformation with a tummy tuck to get rid of unwanted excess skin and a breast augmentation. 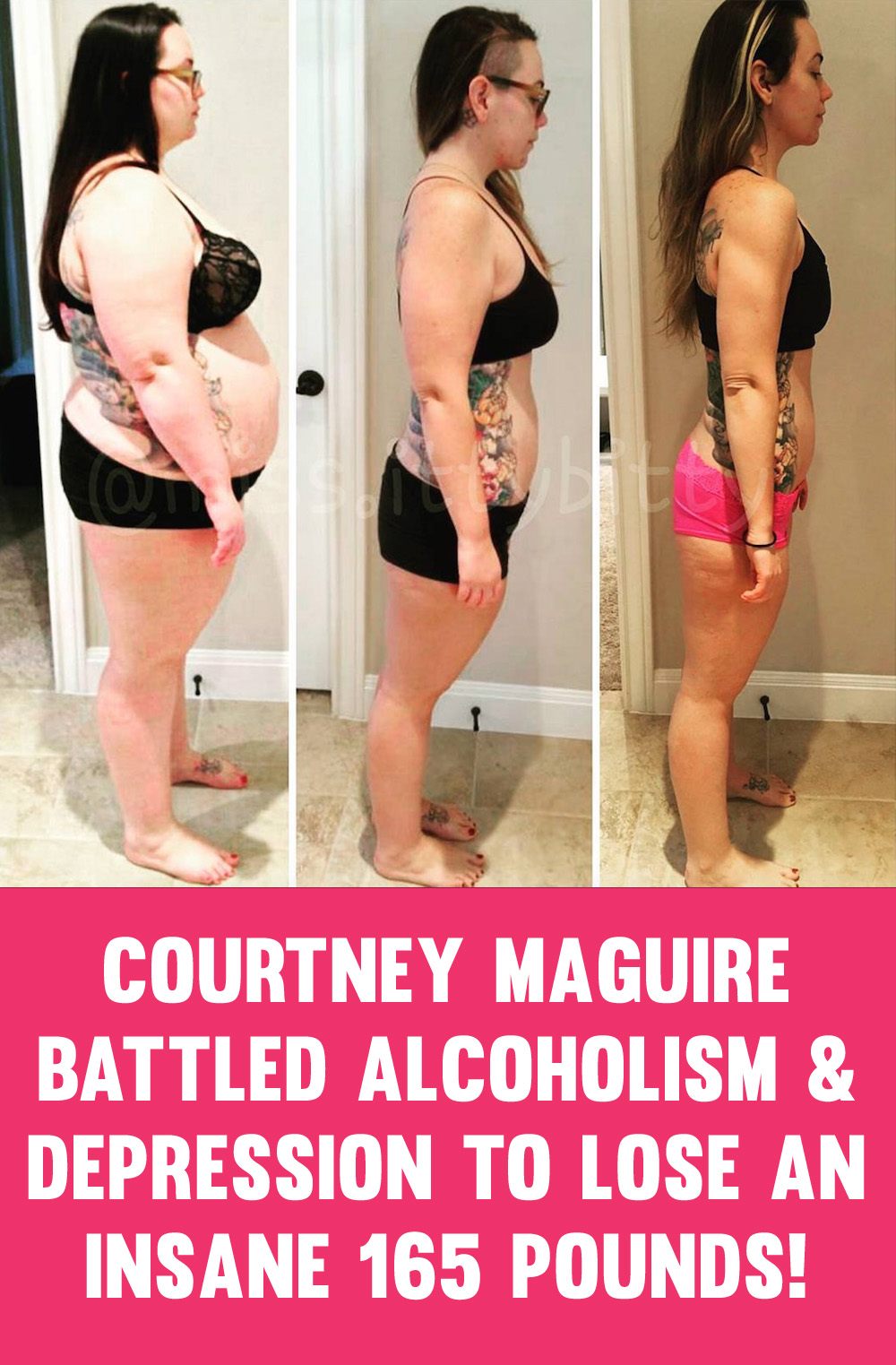 Like many people who gain a lot of weight fast, Courtney avoided her size and pretended like everything was normal. The men she dated also enabled her thoughts and behaviours.

“A lot of the time I was in denial of how big I was. I avoided mirrors, scales, photos. Anything that forced me to see how much weight I really gained was all avoided. Dating was difficult, I was constantly rejected for my weight and the men who did want to date me, usually viewed my weight as a fetish.” 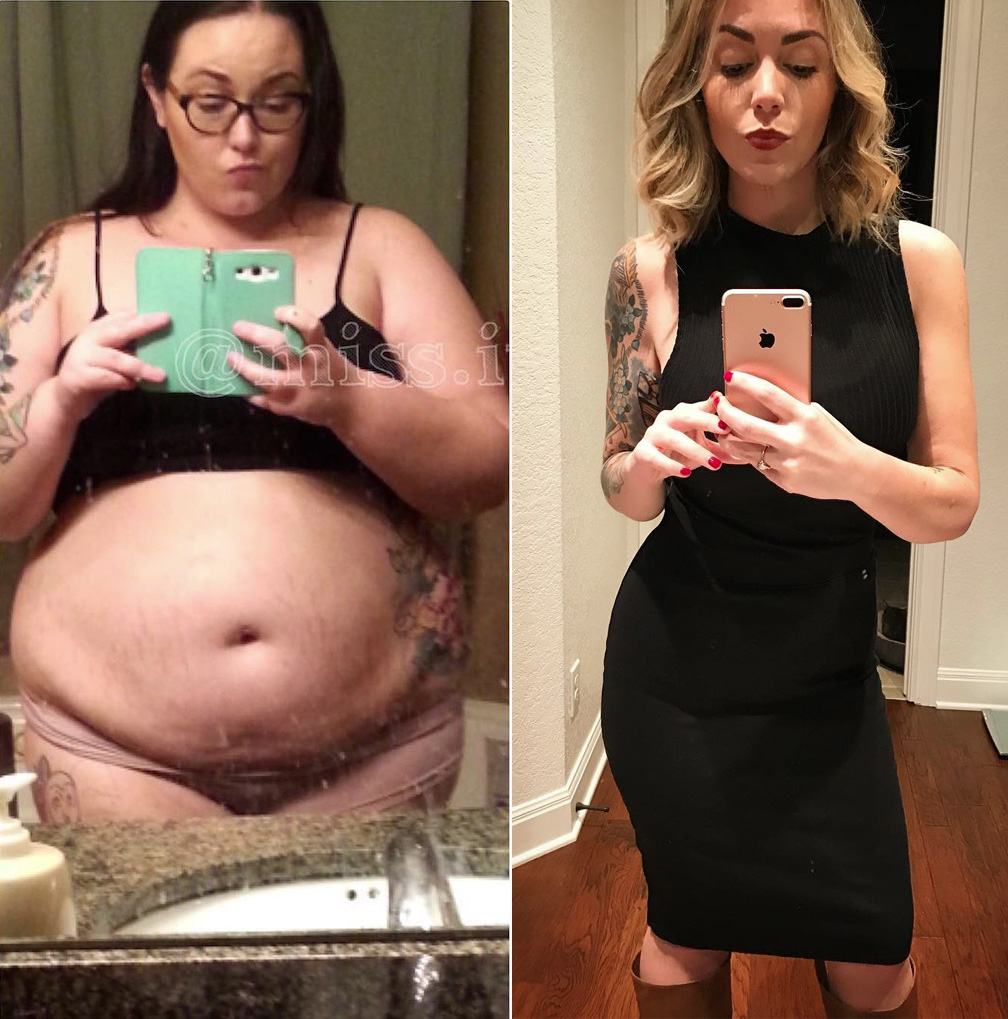 “The men who dated me would tell me they preferred bigger girls and would essentially enable my bad eating by not being very supportive if I tried to diet. It would always hurt my feelings when guys would tell me they liked bigger girls because I felt like I wasn’t seen as the human I was, I was just seen as a bigger girl to them. I was also in denial about my weight so when guys would say this to me it would sting a little harder.”

Courtney’s weight gain started at University, with her binge drinking and partying lifestyle slowly turning into a path of depression and a dependancy on alcohol. This pat also led her to overeat and gain over 100 pounds in a short period of time. 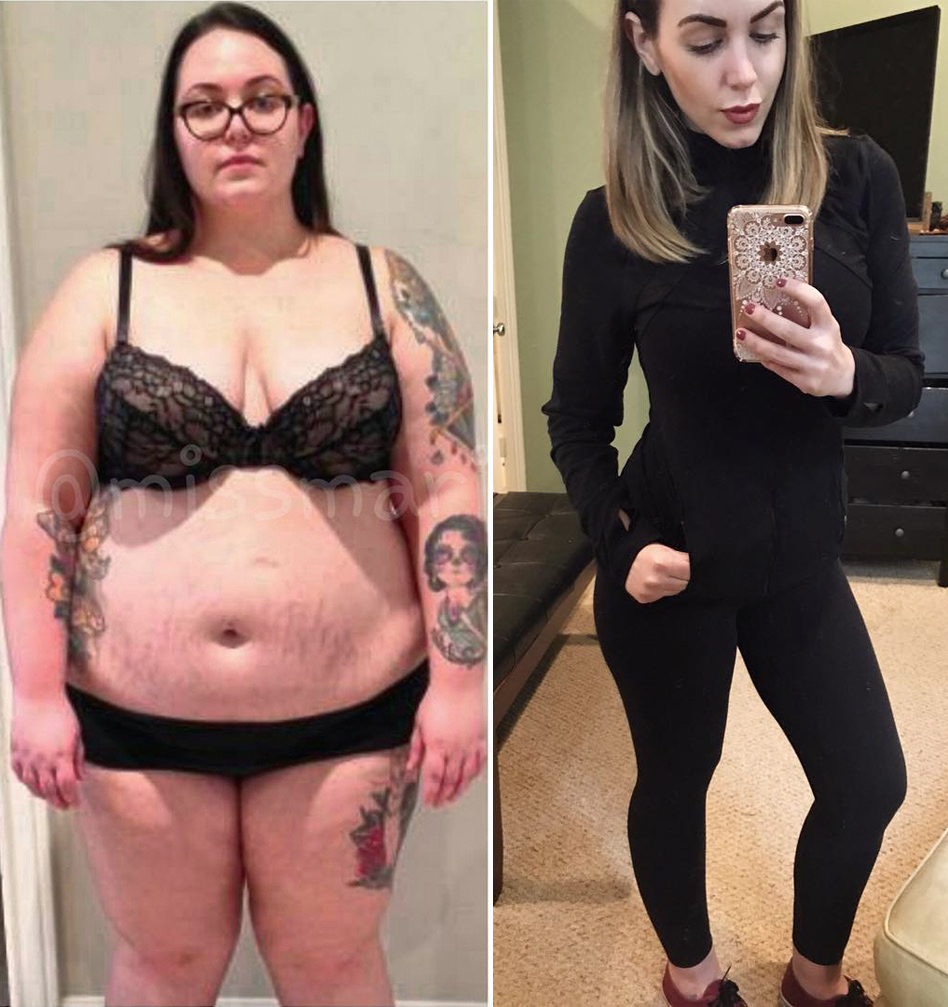 “I would go to fast food places and order five meals and there would be some nights where I was able to eat it all, if I ate it right. I started to develop an even more intense compulsion with eating.”

In 2009, Courtney thought a good option would be to get a gastric lap-band fitted, seeing it as a sort of ‘quick fix’ solution, but it ended up damaging her relationship with food more, causing her to vomit up her meals and then binge badly.

“I decided to get it removed and diet and exercise normally but that didn’t last long as I ended up getting to 310lbs.” 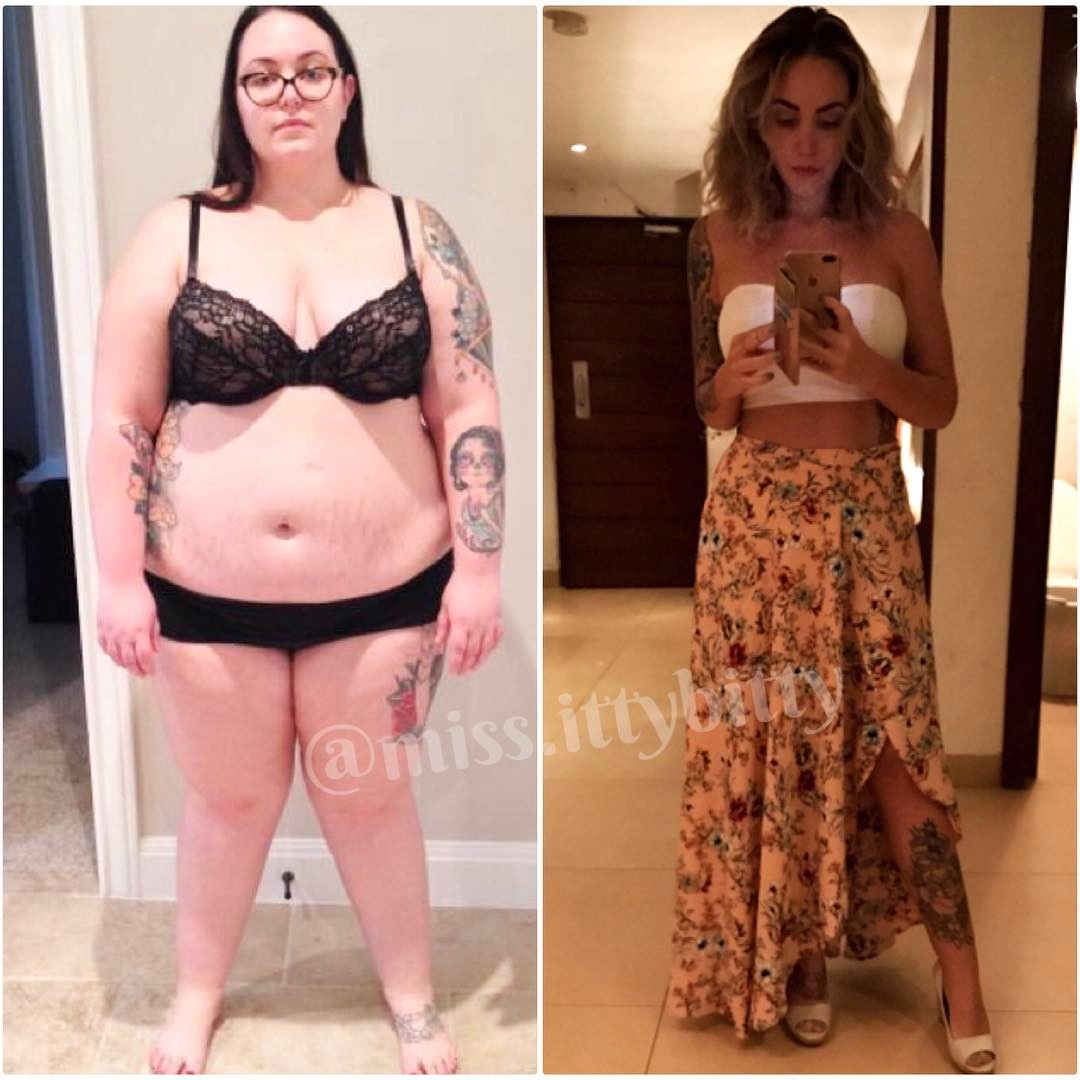 Courtney, now weighing over 300 pounds, was soon diagnosed with sleep apnea and had to go to sleep every night a machine designed to help her breathing.

After a series of trial and errors with her diet and new programs and plan, she decided to undergo a gastric bypass surgery in 2014, but she wasn’t sure if the results would be any different. 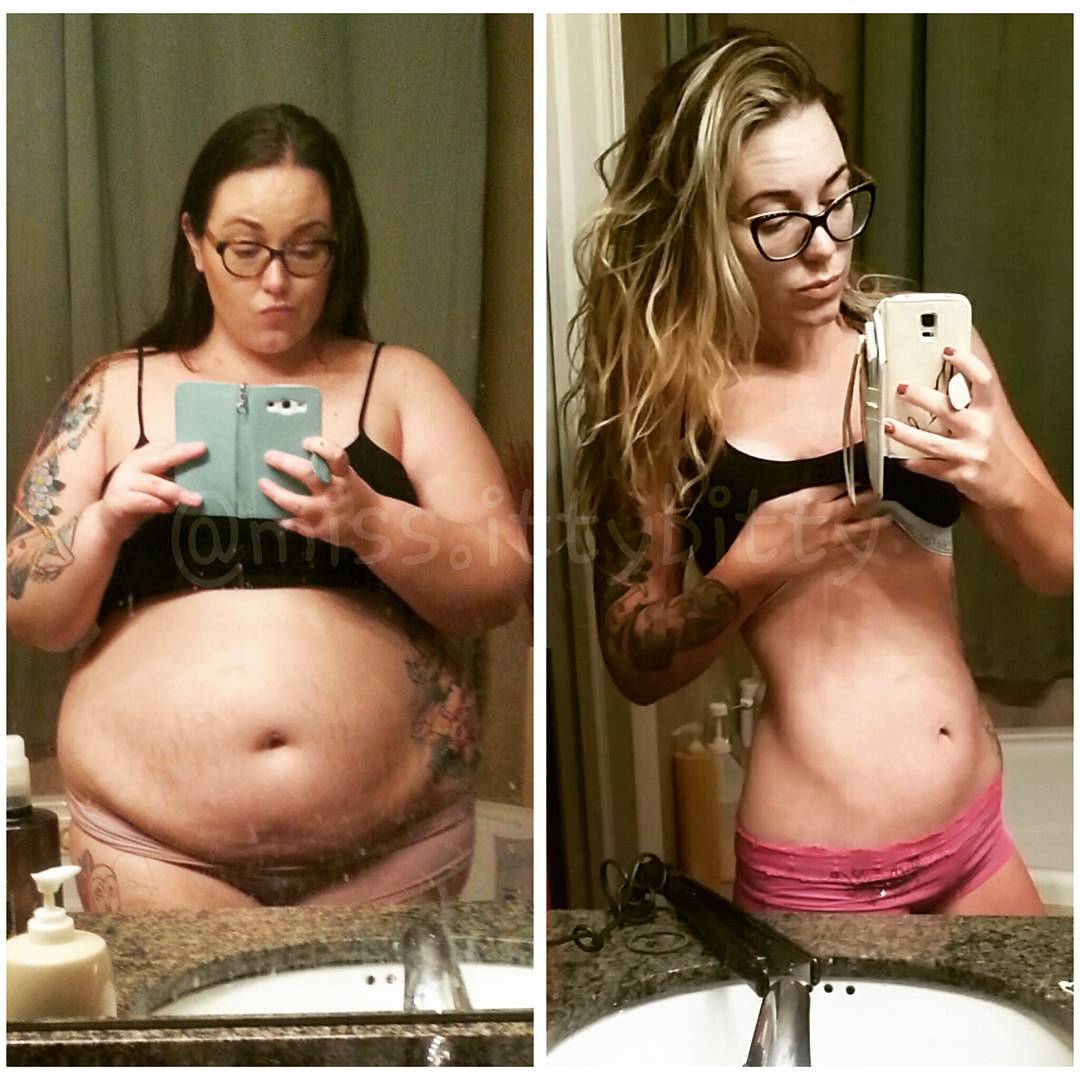 “Waking up from the surgery, I realised how serious of a change this was. They had rerouted my organs for crying out loud. For nearly two weeks I didn’t have an appetite and only drank protein shakes.”

Within the first 4 months, Courtney had dropped over 40 pounds and was feeling better about herself for the first time in a long time.

“I worked on eating small portions at a slower pace so I wouldn’t overdo it and throw up. My friends liked going to eat with me because they’d end up eating my leftovers.” 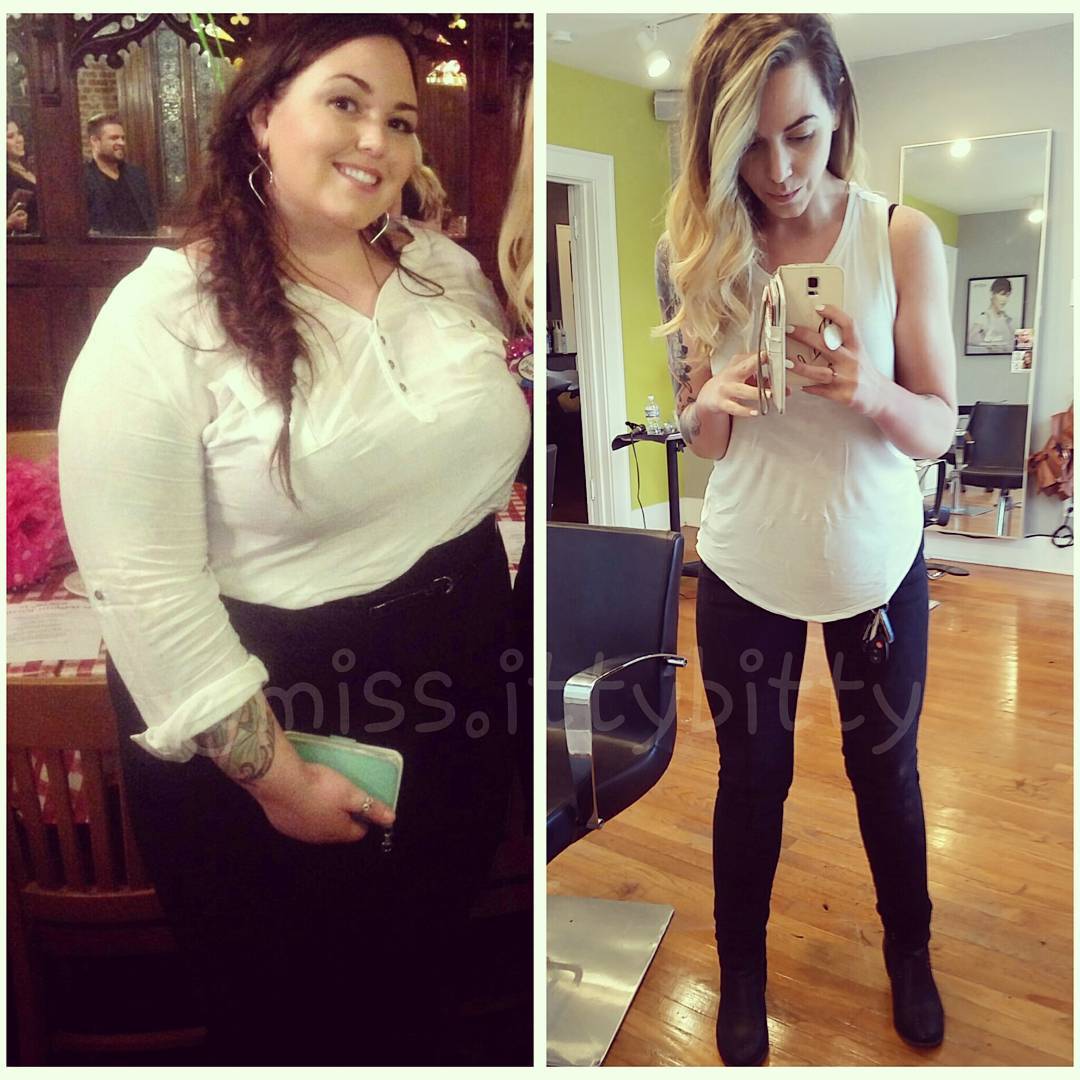 Following this initial success, she started to drastically change her lifestyle and diet, adopting a high protein, high fat, low carb diet and tried out various forms of exercise like, barre, yoga, pilates and weight training.

“I eventually just went straight to weight lifting and lifting heavy, the results were phenomenal and I was amazed with how my body was turning out. I went five to six times a week, but didn’t let it neglect my social life either. I made it work.’

Following a healthy diet and exercise routine, Courtney has now lost a staggering 165 pounds. With this loss, she was left with excess skin and decided to get surgery on her excess skin and have a breast augmentation. 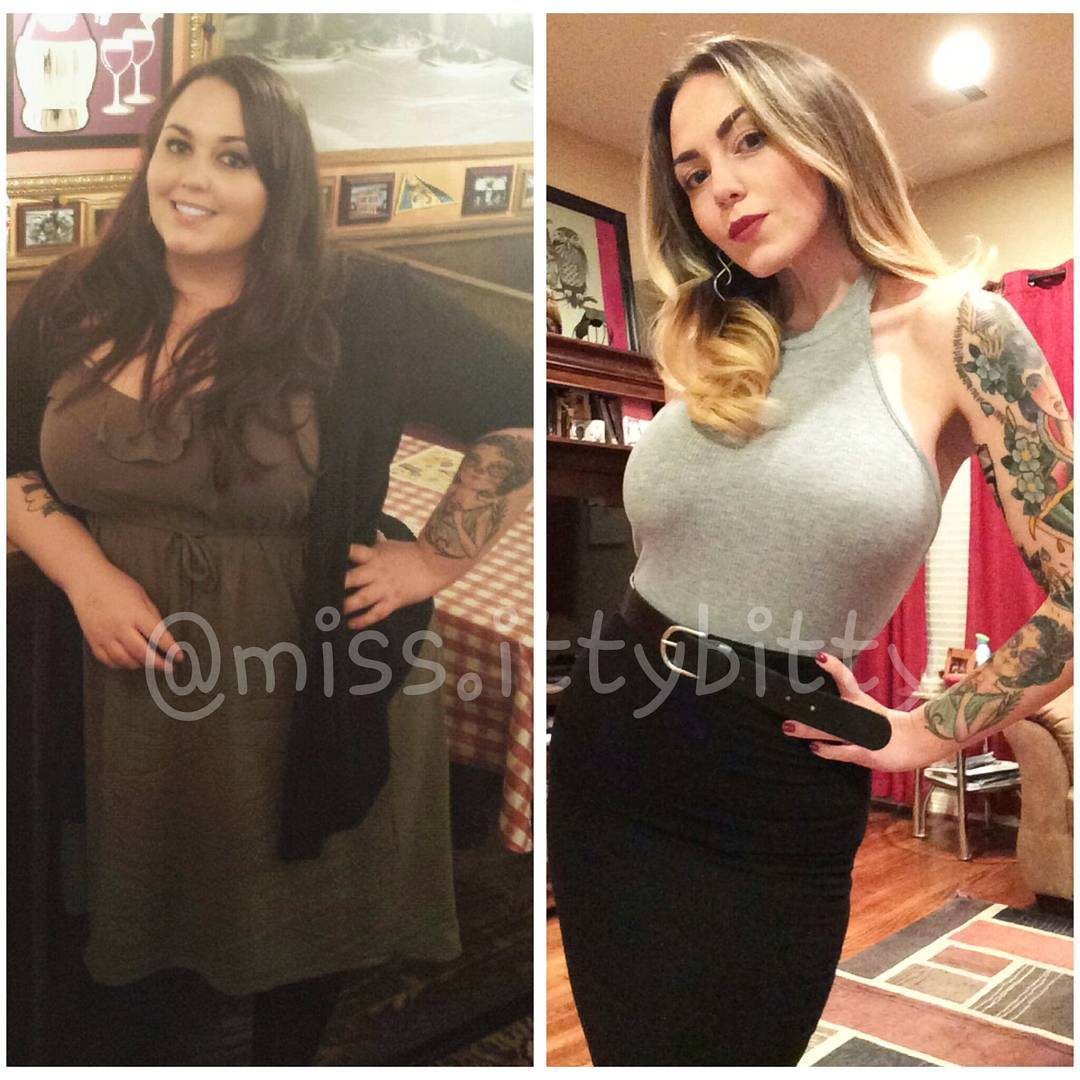 “People compared my stomach to women who have had multiple children. Just a deflated balloon and my breasts had lost all fat. I became pretty self-conscious about the aesthetics and felt like my femininity was just absent. Being 29 and single, I knew I wanted to get the skin removed and my breasts filled back up again”

“I had worked so hard on my physical appearance, I looked at this as a reward.”

Life has changed drastically for Courtney since completing her mind blowing transformation.

“That’s changed and I have been dating men who treat me well and with dignity and respect and make me feel beautiful on the outside as well as the inside.” 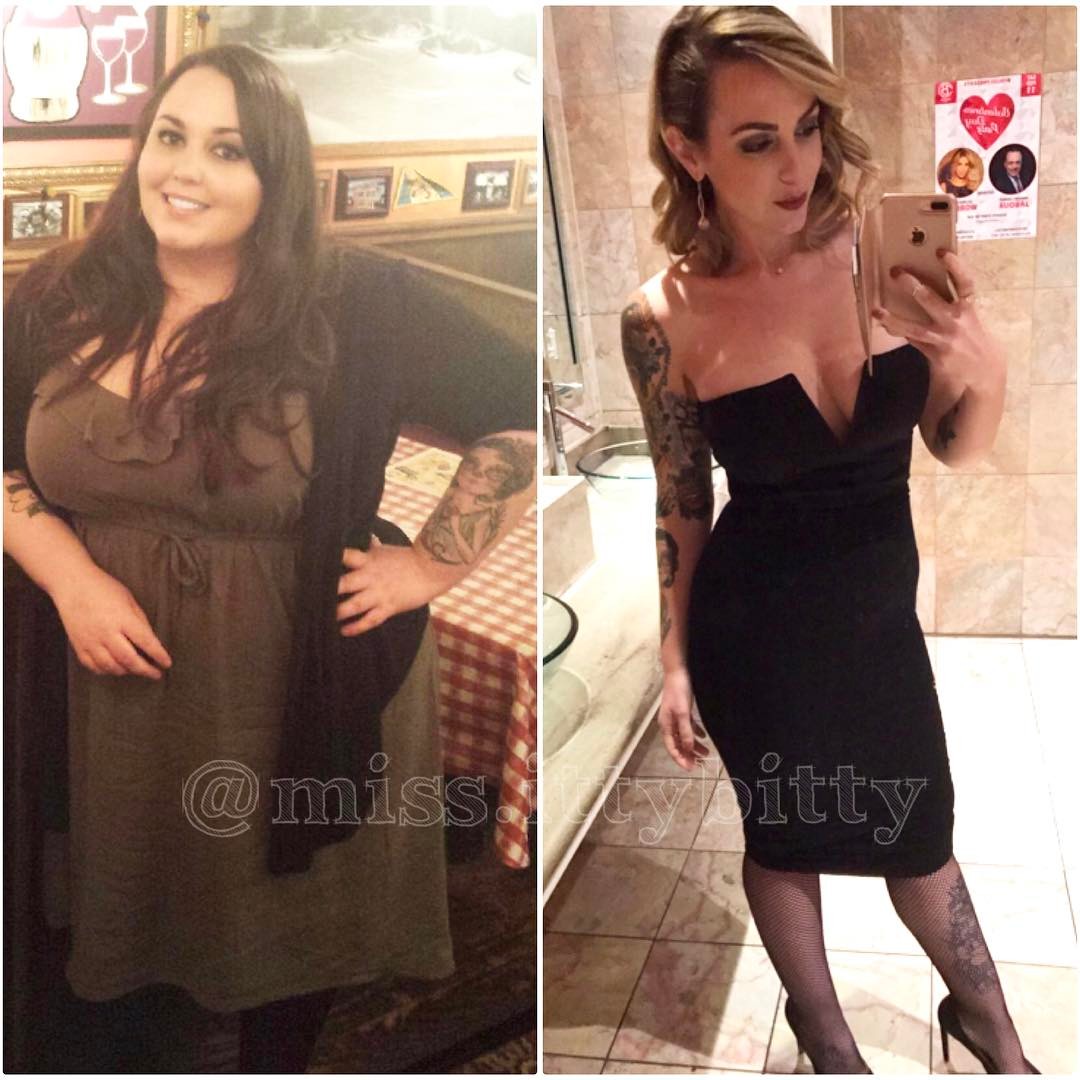 “My transformation has entirely changed my life. I was so used to failure that this new success has given me so much hope in whatever I choose to do going forward. I am back in school getting my bachelors in nursing, I am two years sober from alcohol and prescription drugs, with the help of a 12 step program. As a recovering alcoholic, I know for a fact if I wasn’t sober, none of this would be possible.”

“I ride a motorcycle – which I never would have had the courage to do prior to weight loss. The most important thing I’ve gained from my transformation is the love I have for myself. I worked really hard to get here and I am now so excited to see what I’m capable of doing throughout the rest of my life.” 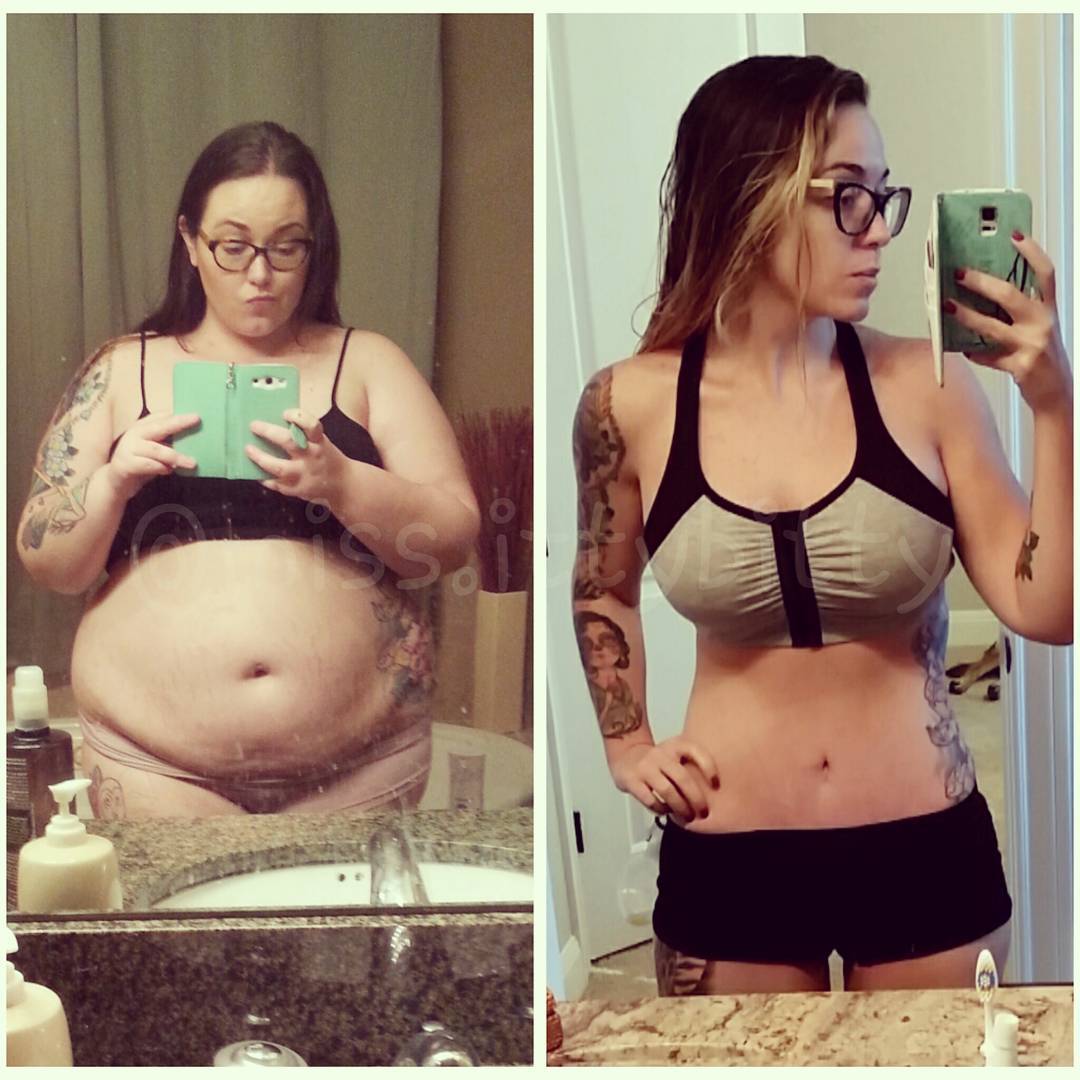 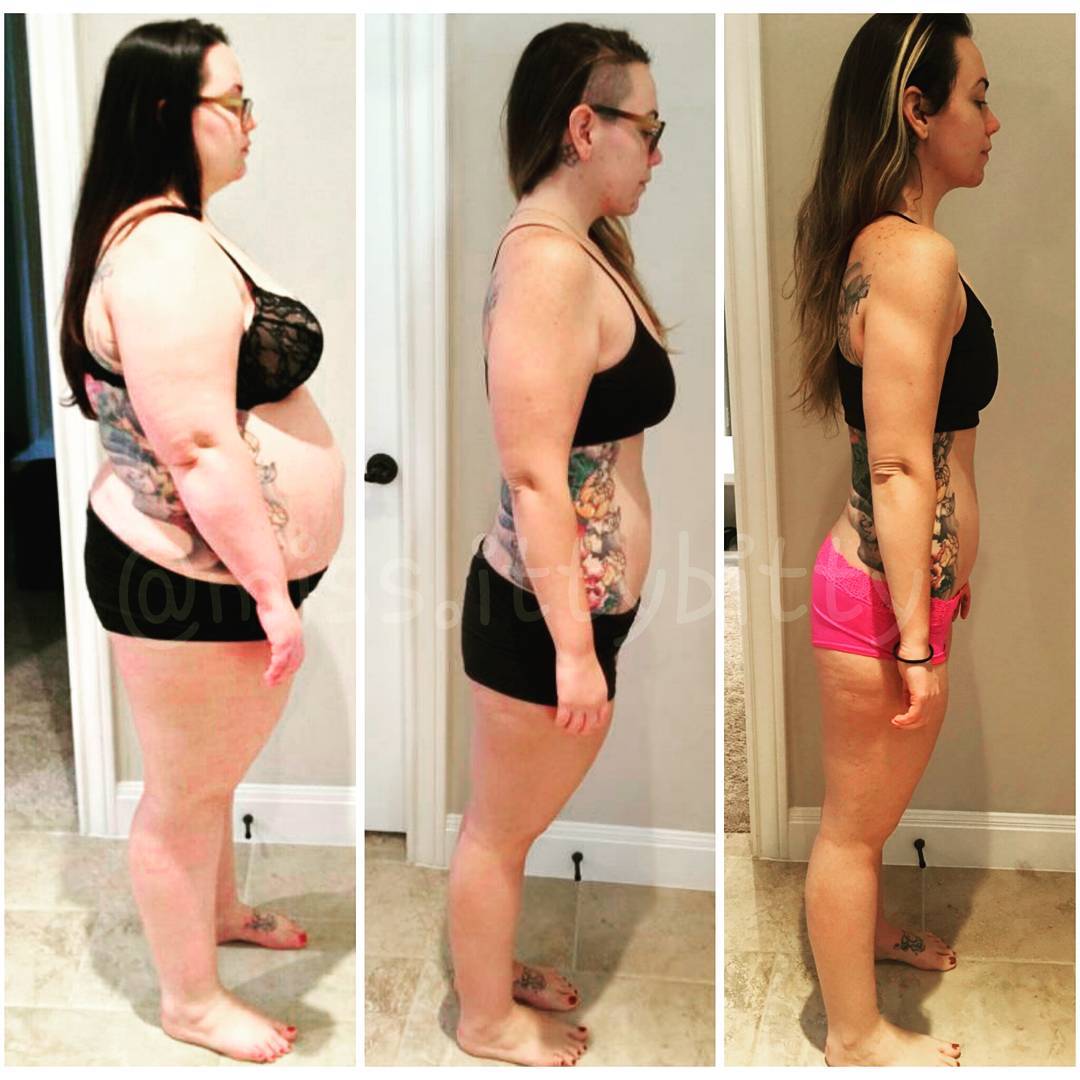 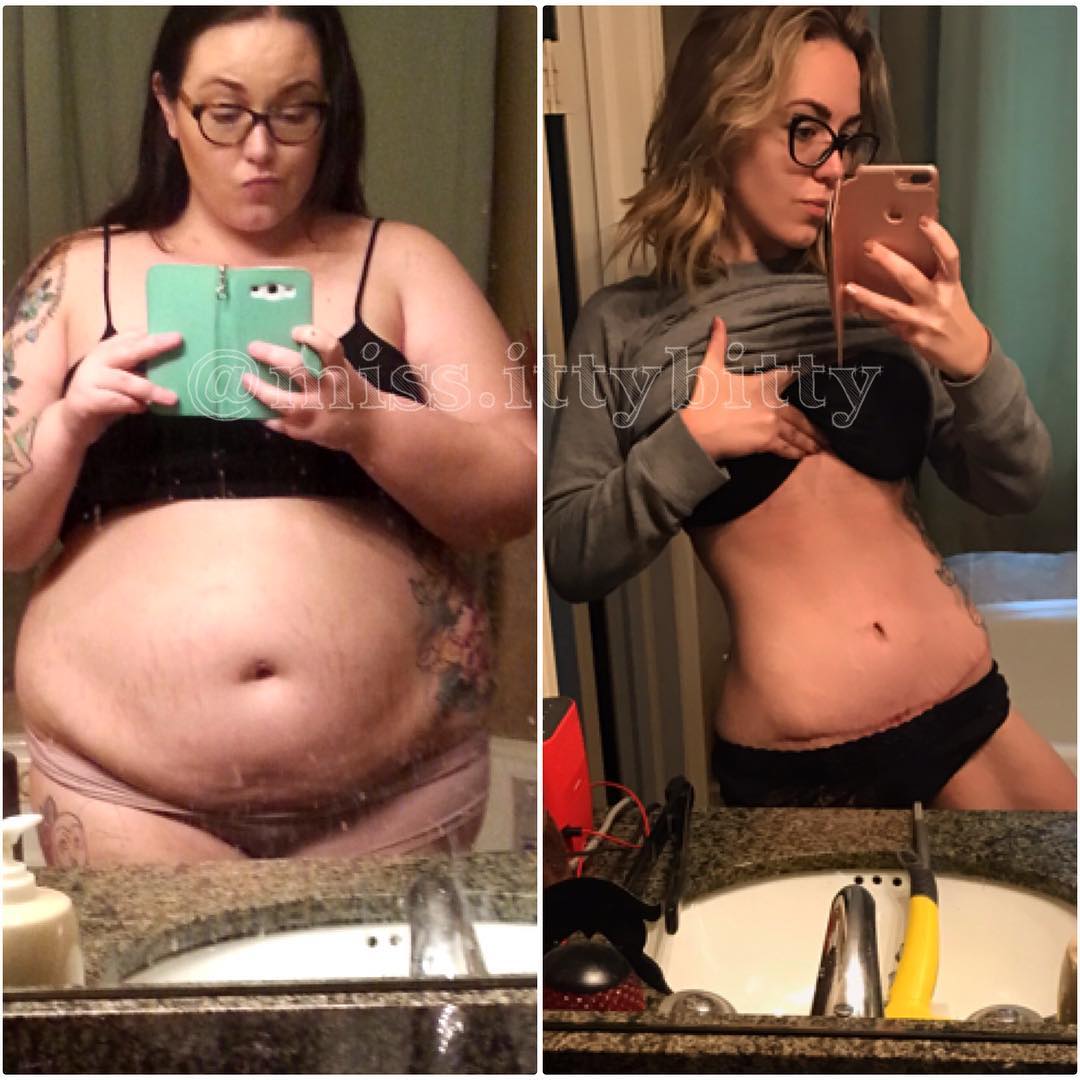