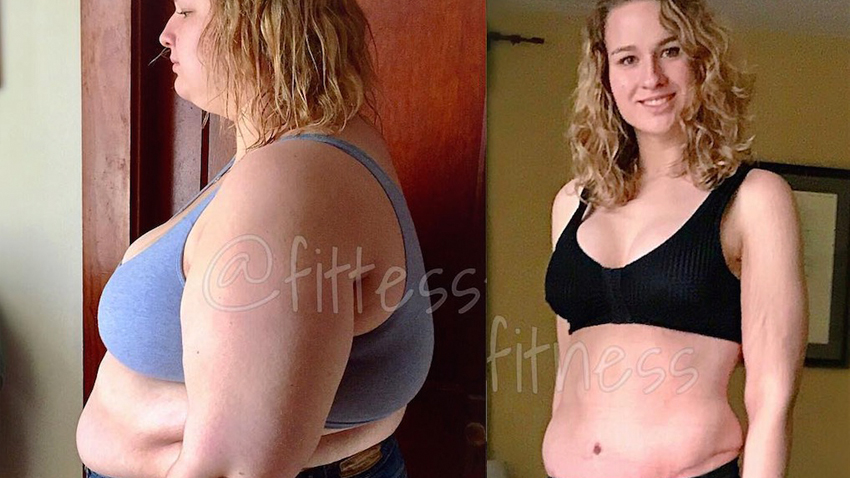 Still struggling with eating and portion control, she made the decision to get a gastric sleeve fitted. The surgery, requiring her to stick to a strict diet for 8 weeks prior, helped her limit her portions and gain a new sense of self control.

Tess has since dropped an insane 200 pounds, down from a high of 343. Tess was kind enough to a answer our questions and tell us about the surgery, her previous eating habits and her tips to stay on a weight loss plan. 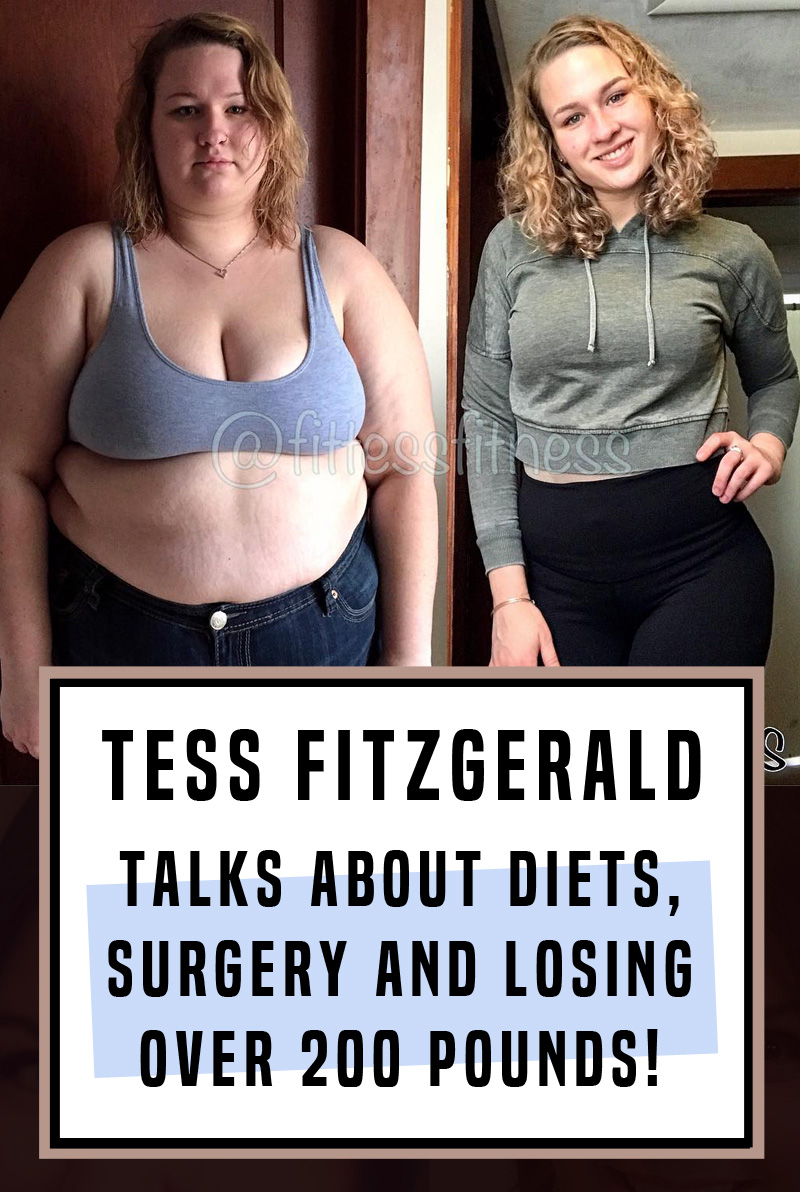 I typically eat around 1,700 calories a day, consisting of low carb meals. Recently, I’ve been eating a lot of sugar and actually gained 20 pounds. It just goes to show, when you aren’t watching your diet, you can gain weight back. It’s time for me to get back on track!

I usually hit the gym about 3-5 times a week, doing 30-45 minutes of weight training. I train with anywhere from 20-50 pounds of added weight!

How Did You Get Started In Health And Fitness?

Back in 2007, at the age of 11, I first started to attend Weight Watchers’ meetings with my mother in the hopes that I would be able to lose weight naturally. In 2010, I attended a weight loss program at a hospital in Boston. While I had some success, I eventually plateaued and all of my efforts seemed useless. I continued to struggle with my weight throughout high school, graduating at about 330lbs. I felt miserable.

During my first year of college, I gained an additional 17lbs. at 347lbs. 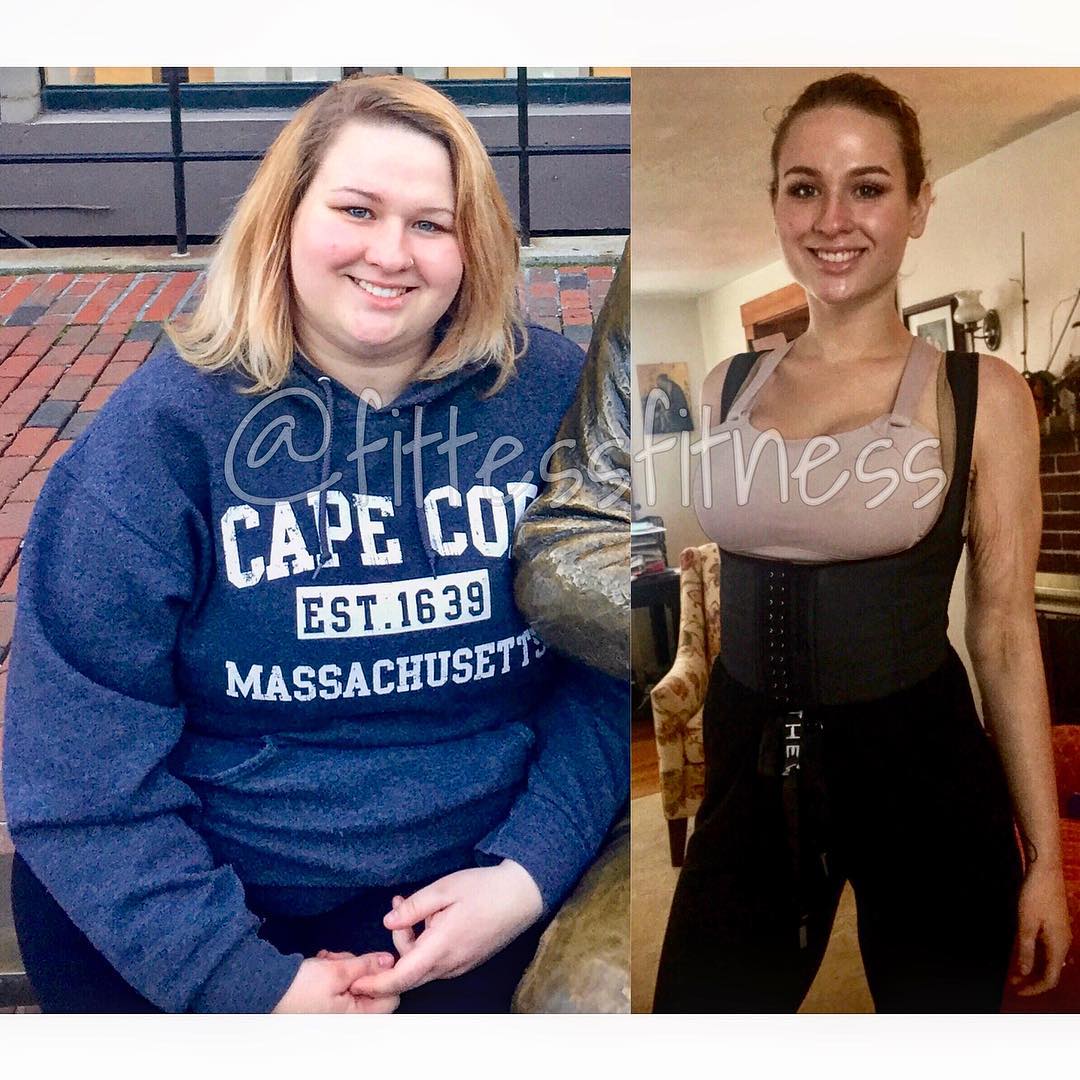 In December, 2015, I decided that, in order to change my life, I needed to do something drastic. I underwent gastric sleeve surgery. The weight started to fall off because of my prior knowledge of food and nutrition.

In the first six months, I had lost over 100lbs and by September of 2017, hit my lowest weight of 134lbs. However, I did not feel well at this low weight and decided it was time to hit the gym. I knew that I would be having my loose skin removed in January of 2018 so I wanted to prepare the best I could.

I went to the gym 3-5 times a weeks and did lean muscle building. I was able to fully transform my body in three years.

Originally, I ate pretty healthily, but my portion sizes were out of control. I was eating nearly 3,500 calories a day, and making excuses to myself as to why this was OK. Eventually, I realized that it wasn’t and I had to change my eating habits. Having had the gastric sleeve surgery helped me greatly to control my portions.

I was able to eat less and feel full. Two years post-op, I still eat HALF of what I ate before. Another major thing that I had to change in my diet was to cut out a lot of the carbs that I once loved. I would come home from school and cook an entire box of pasta for myself. I still eat pasta, but now I can only eat about 1-2 servings, at most.

I have also gotten into the habit of substituting certain foods for more healthy options, such as using Greek yogurt instead of mayonnaise. It is important to make these conscious decisions about food when trying to have a life long success. 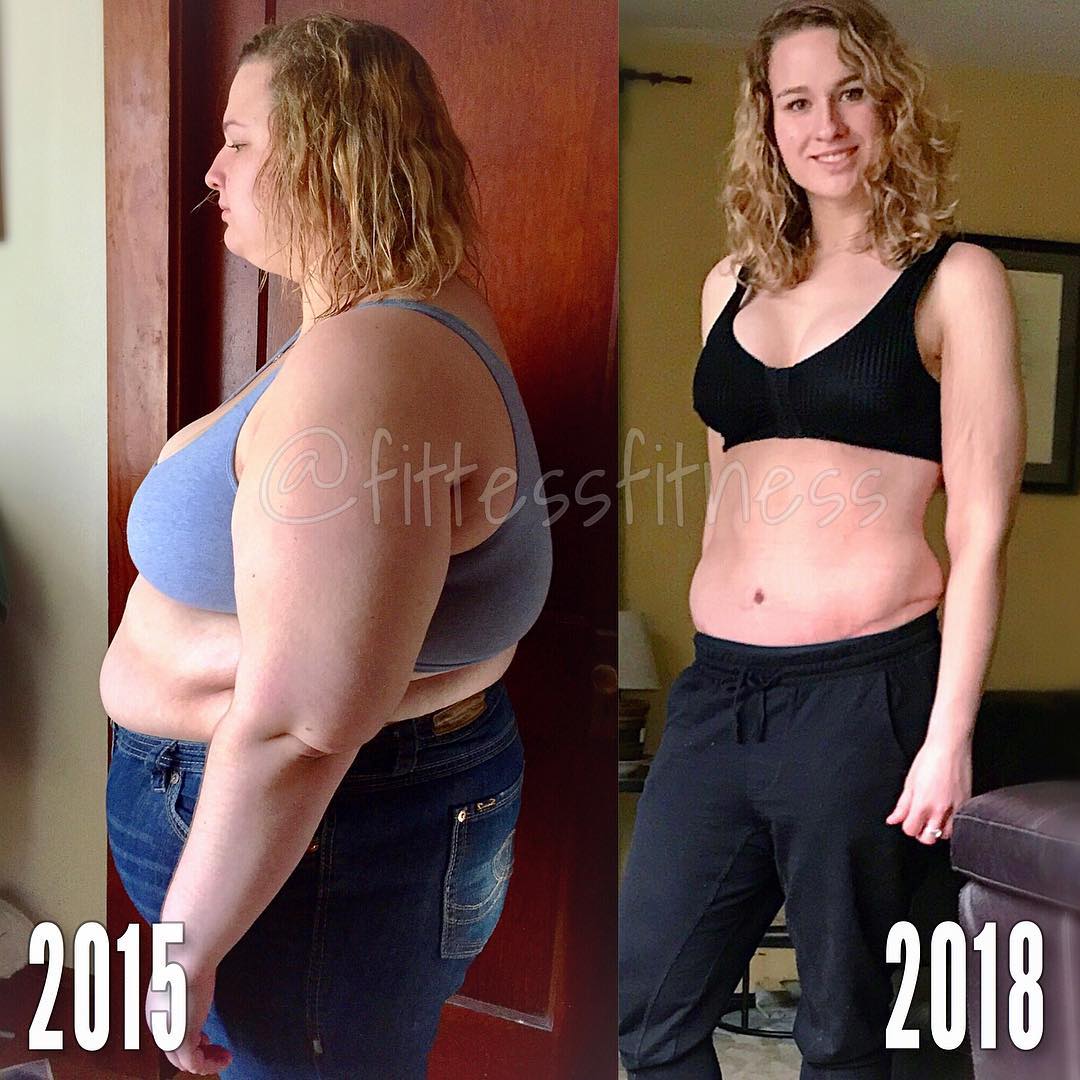 Originally I took a lot of walks with friends and did a lot of leisure activities. In high school I went to the gym a few times but did not have the proper mindset for success. I used the gym as a means of punishing my body for the bad food I had eaten the day before. Now I use the gym to reward my body for everything that it has endured. I see my body as something that is strong and healthy.

Could You Detail Out Your Surgery? Why? When?

In February of 2015, I started to attend group meetings at Mass General Hospital in Boston in preparation for the gastric sleeve surgery. These consisted of monthly meetings with a nutritionalist, a psychologist and a medical doctor. I had to follow a specific diet 8 weeks before my surgery and could not gain any weight. The surgery itself was just an overnight and I was back to work after two weeks.

What Was The Biggest Change Afterwards?

The biggest change after the surgery was portion size. I was physically unable to eat the same quantity as I had before.

Did You Make Any Mistakes When You First Started?

The biggest mistake I made when I first started was eating and drinking at the same time. When you eat and drink beverages at the same time it stretches your stomach and causes you to subconsciously to eat more food. 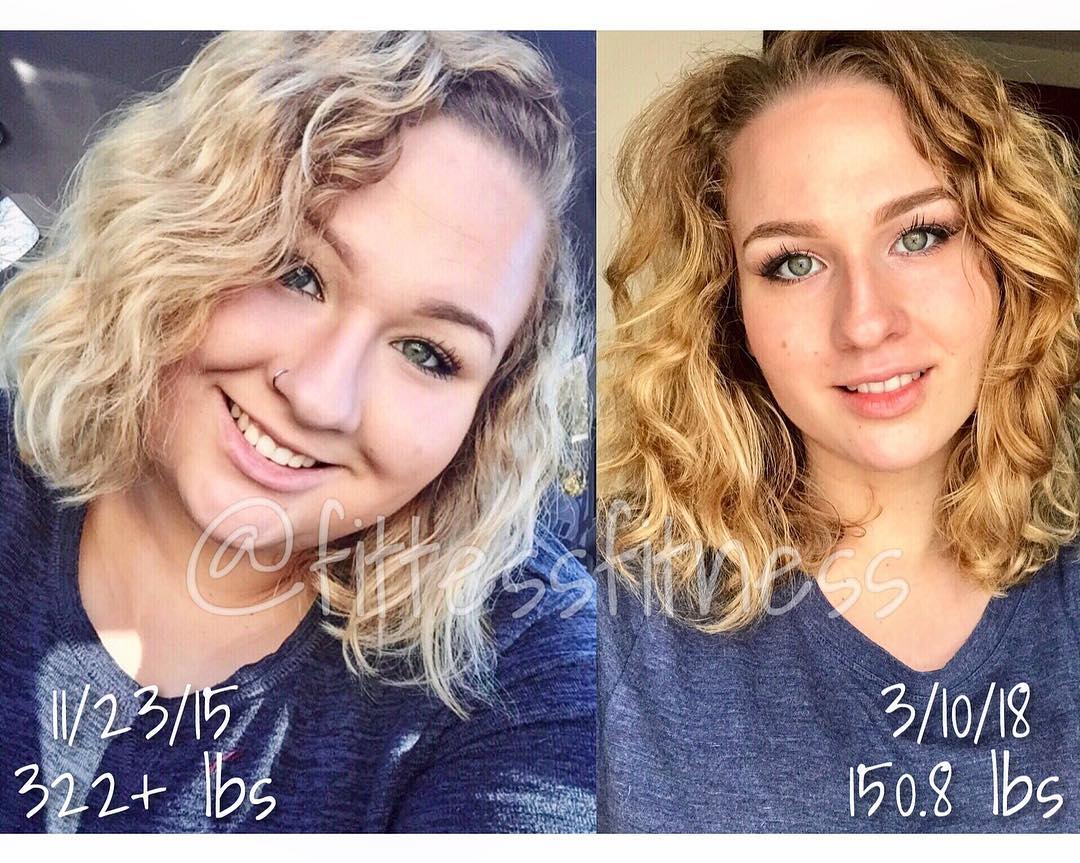 How Do You Handle Setbacks & Bad Days?

When I am having a bad day I oftentimes go back through old photos to remind myself of where I was and how far I have come. I am my own motivation.

Were People Around You Supportive?

At first, my friends were worried for me, but after talking it through with them, everybody supported me. My parents were very supportive, for example, bringing me to all of my meetings and doctor appointments. I even had an entire support system on social media. 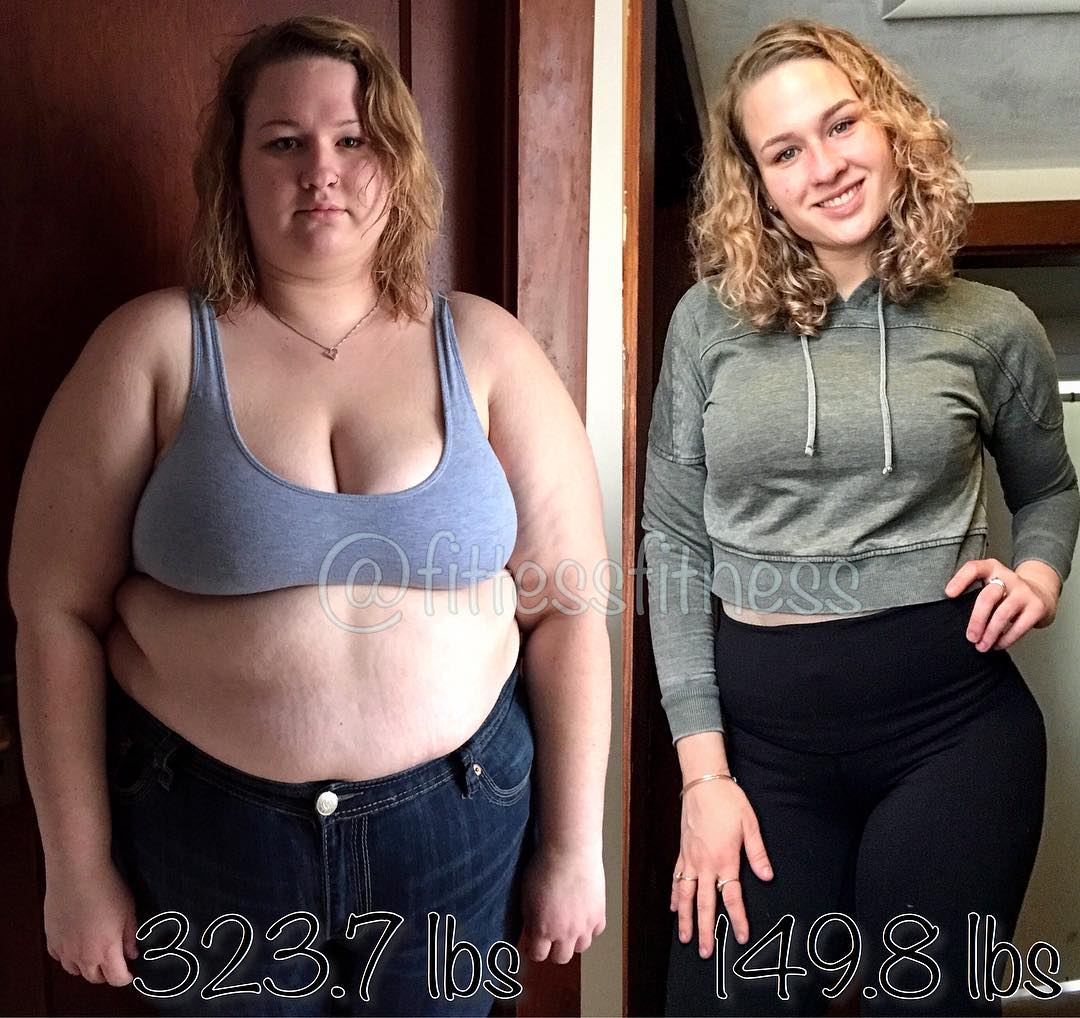 What Are Your Favourite Healthy Meals?

I love cooking eggs for breakfast and adding lots of vegetables. I make an egg muffin with quinoa as the base, adding eggs, cheese, veggies, cottage cheese, and any other topping I have in the fridge. For pasta, I use lentil pasta and also Greek yogurt instead of cream for the sauce.

Give Your Best 3 Health Tips That People Can Implement Right Now:

Don’t eat and drink at the same time.
Stop eating when you feel full. Wait about a half hour before eating more.
Incorporate a low carb diet, such as a Keto diet. 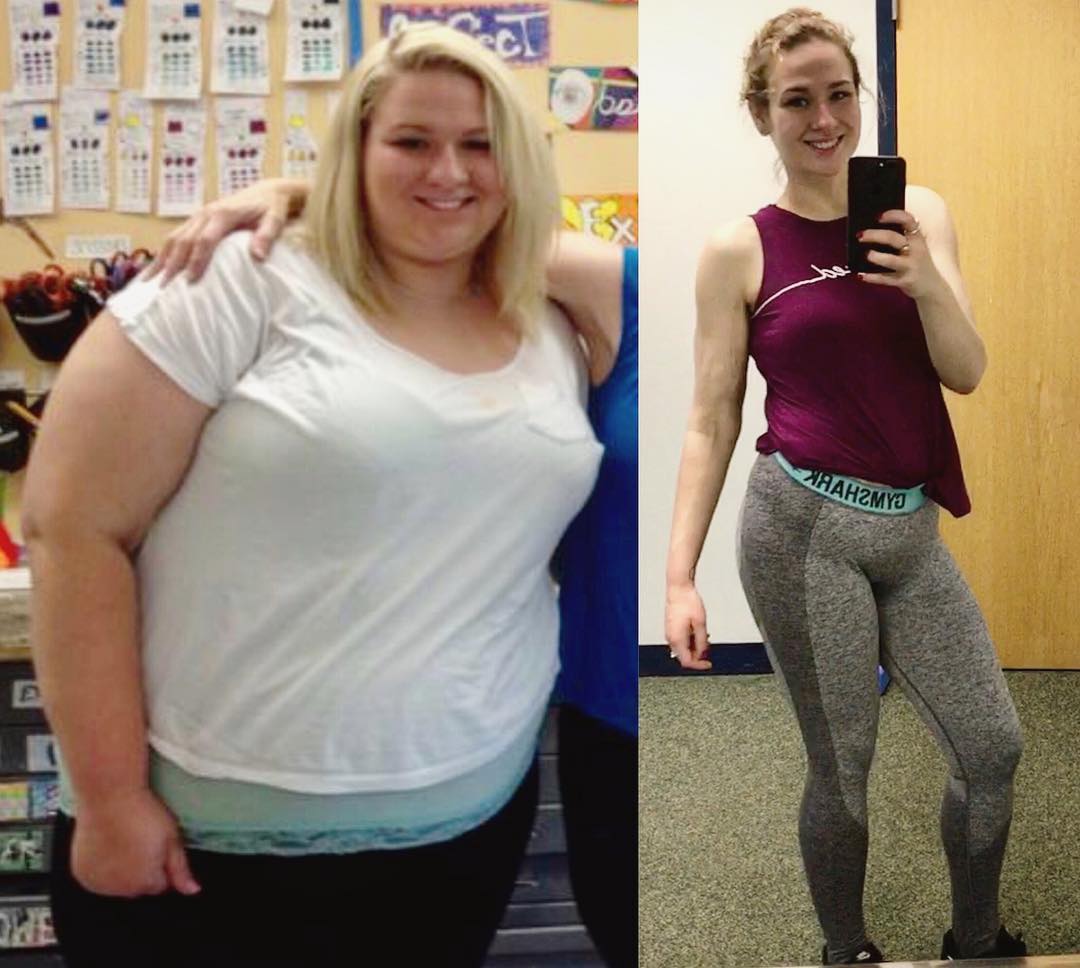 How Does It Feel To Know You Inspire So Many People Online?

It makes me feel like I worked hard for something. When I see other people looking up to me it all becomes clear why I started my journey. I wanted to show others that they don’t have to wait a lifetime to be successful. Success if found within ourselves, and each person has the ability to change their life for the better. 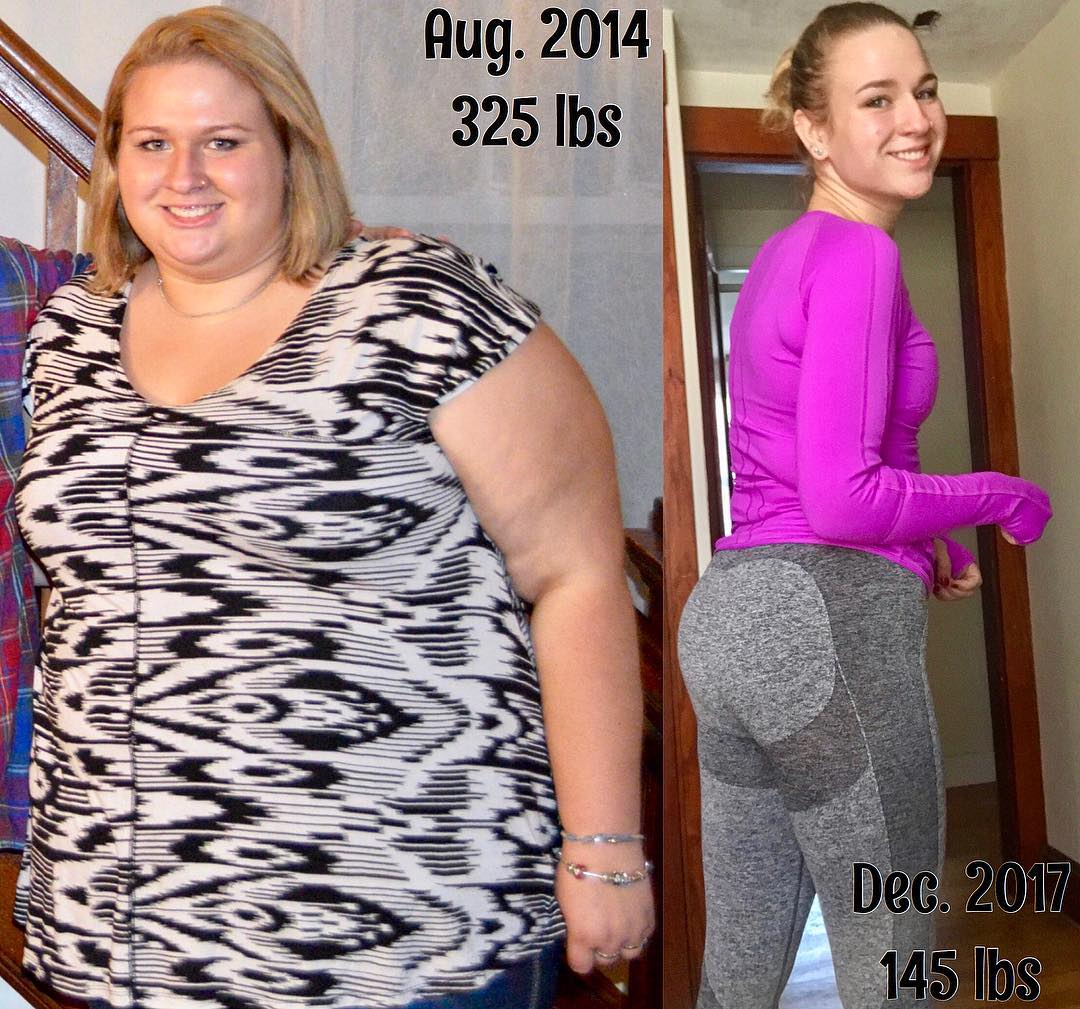